7 Interesting Things to Do in Douala, Cameroon 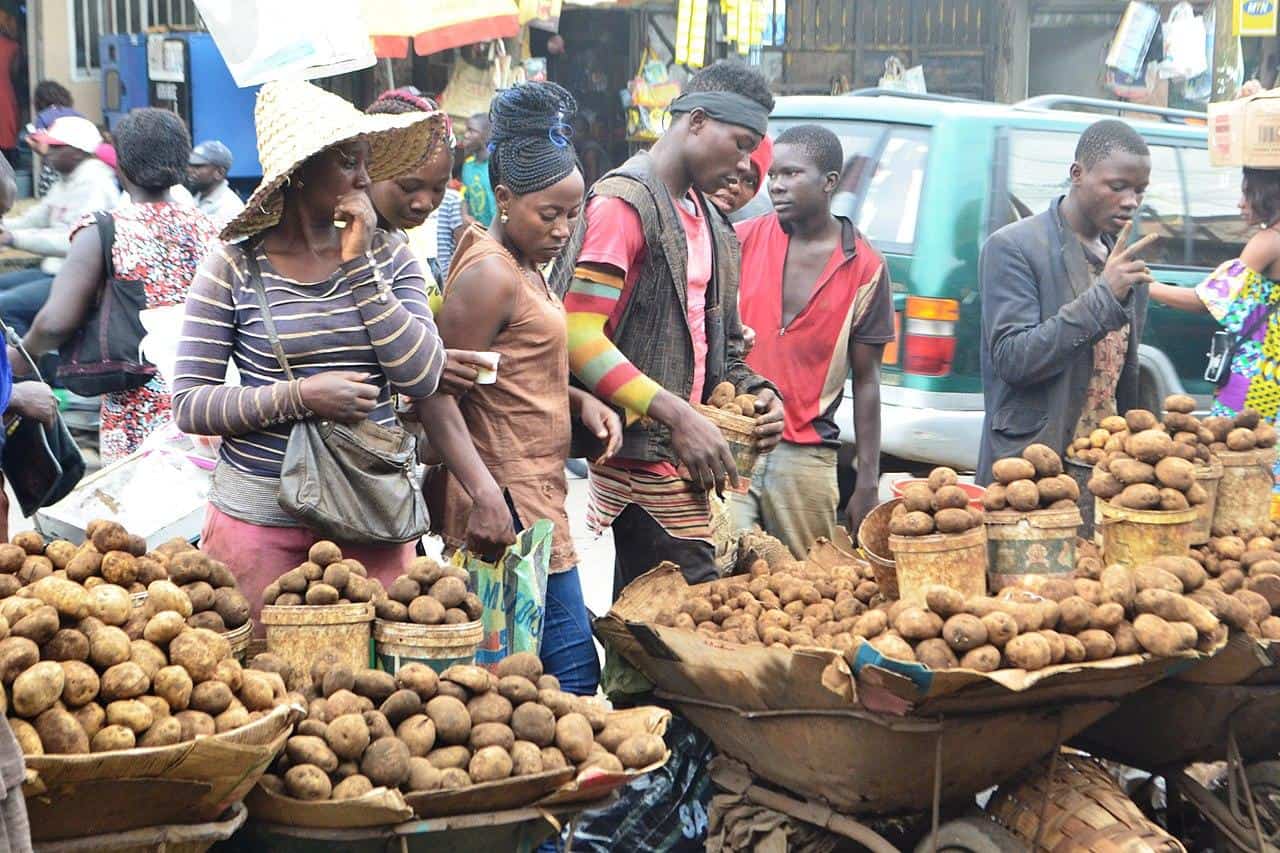 Sandwiched between the Dibamba and Wouri Rivers, Douala is Cameroon's largest city and its economic and cultural heart, home to a major seaport and dozens of factories. Like many African cities, Douala’s cityscape ranges anywhere between first class neighborhoods where expats and wealthy Cameroonians live, to makeshift slums, inhabited by migrants from rural areas and neighboring countries. Given its gritty and hectic nature, Douala is not a particularly touristy city, nevertheless, any open minded visitor will find this African metropolis as a fascinating melting pot of cultures, abundant with exceptional places to explore. 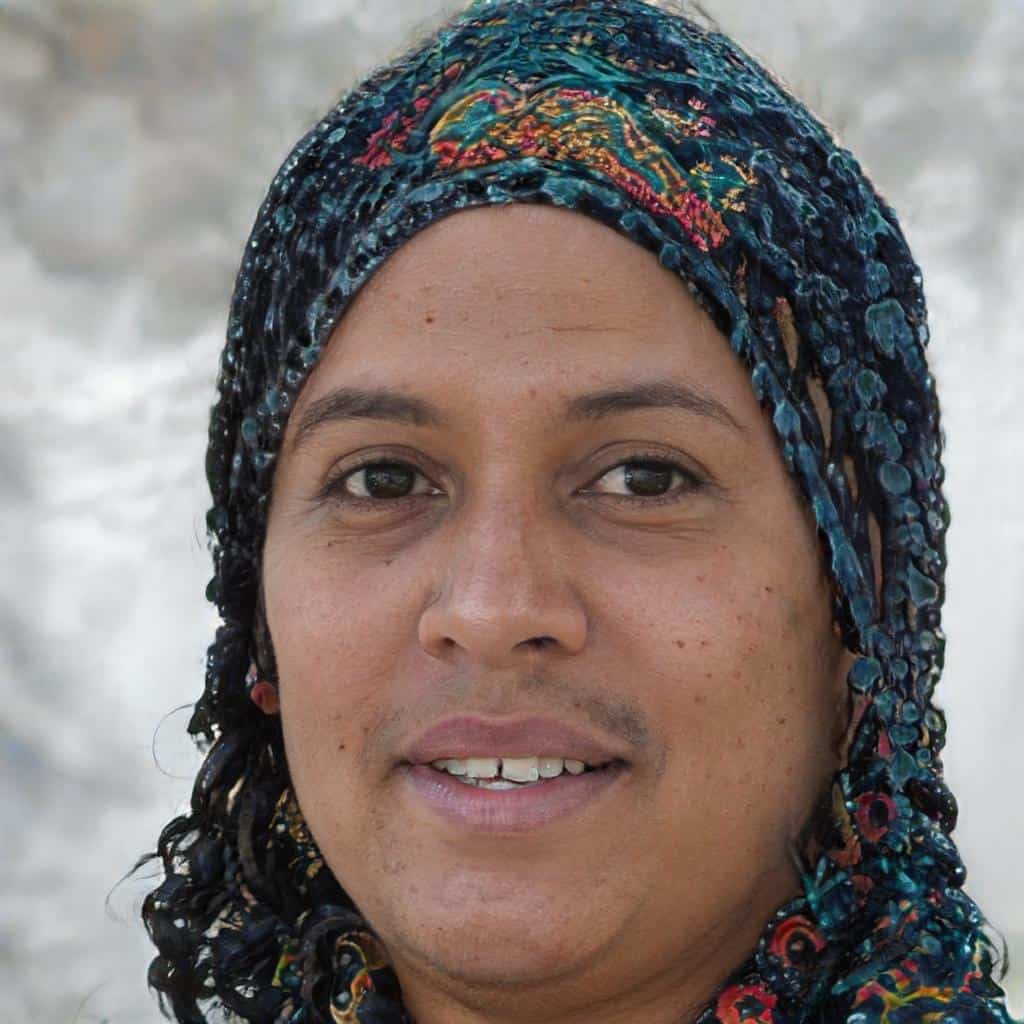 Formerly colonized by both Germany and France, Douala has a well-established city center, where all formal institutions reside in, and while it’s neither sparkling clean nor particularly organized, in local standards it’s regarded as sterile when compared to the endless sprawling of markets surrounding the Central Market Roundabout.
Calling this gigantic commercial district a chaotic place would be an utter understatement, as endless human stream floods the streets, even dwarfing large-scale sport events.
It’s undoubtedly challenging for some, yet this human mass is also translated to infinite plethora of things to buy, varying from fruits and vegetables, cheap electronics to traditional colorful fabrics and shoes.
This seamless commercial complex consists of several separate markets, all of which virtually border each other. Interestingly, many of the markets have significant percentage of their merchants coming from different countries, most notably Congo market and Lagos market that are both dominated by hawkers originated from the DRC and Nigeria respectively, accounting for their names. It might come as a surprise for some, but among the hectic vendors are also hidden boutique shops, offering very affordable subtle fashion items that resonate with local African motifs.
Unfortunately, the market is notorious for being a popular spot among pickpockets, thereby it’s widely recommended not to bring any valuables with you. 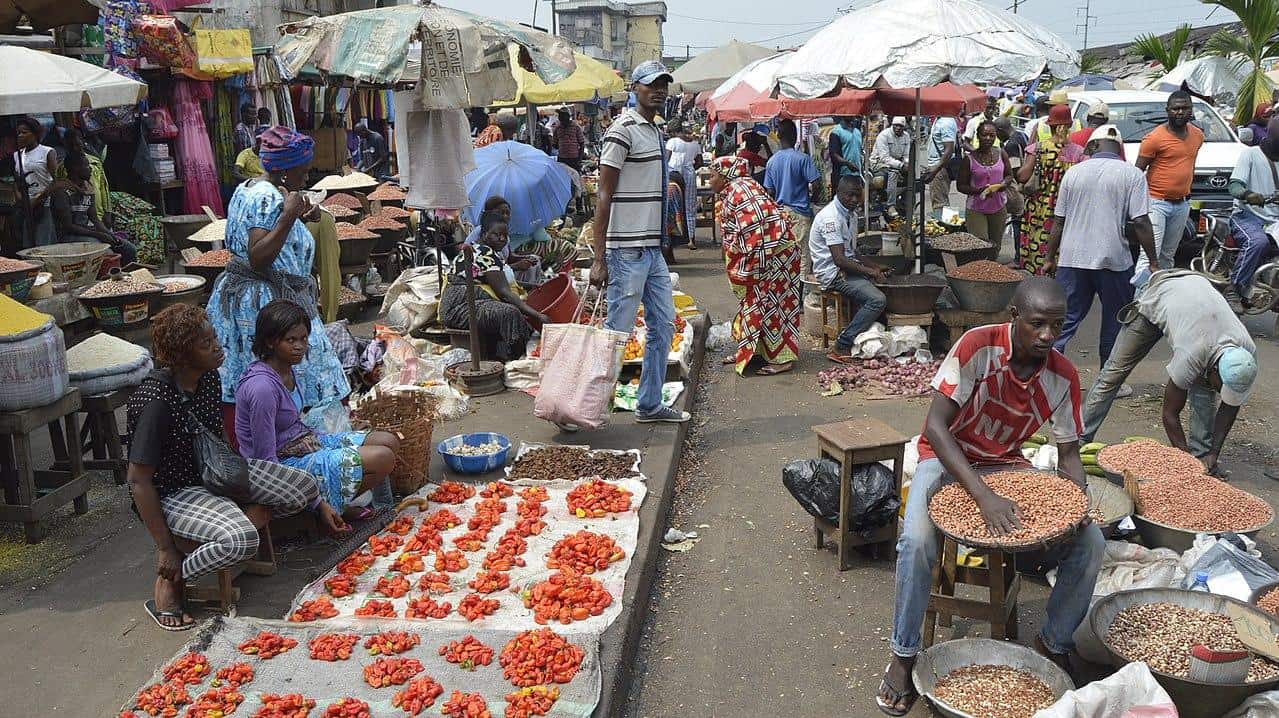 Palace of the Kings Bell

Any visitor to Douala will notice right away that the overwhelming majority of buildings in the city lacks an inspiration or what is generally perceived as aesthetics, whether it’s informal housing or a brand-new residential building, architecture tends to be rather basic and nondescript.
And while none of the above is intended to downplay the city’s many virtues, it is worth noting that Douala is still in the process of defining its identity, part of which is deeply cemented in its colonial past, reflected at the dozens of colonial-era buildings in Bonanjo district.
Standing out as one of the most prominent architectural gems ever built during the European colonization of Cameroon, the Palace of the Kings Bell, also known as La Pagode due its ornamental pagodas, was constructed by the Germans, who ruled over the area between 1884 to 1916, to accommodate Manga Ndumbe Bell, the then leader of the Duala ethnic group that inhabited the region.
This marvelous building served as the official residence of Chief Bell until his death in 1908, and later his son, while since the 1920’s it was repurposed numerous times, when as of today, it’s occupied by the popular Le Palais night club and Doual’art, an art center hosting exhibitions, performances and conferences, aiming to promote local artists from all over the city. Curiously, Doual’art is run by Marilyn Douala Bell, a scion of the Bell Dynasty which still owns the building. 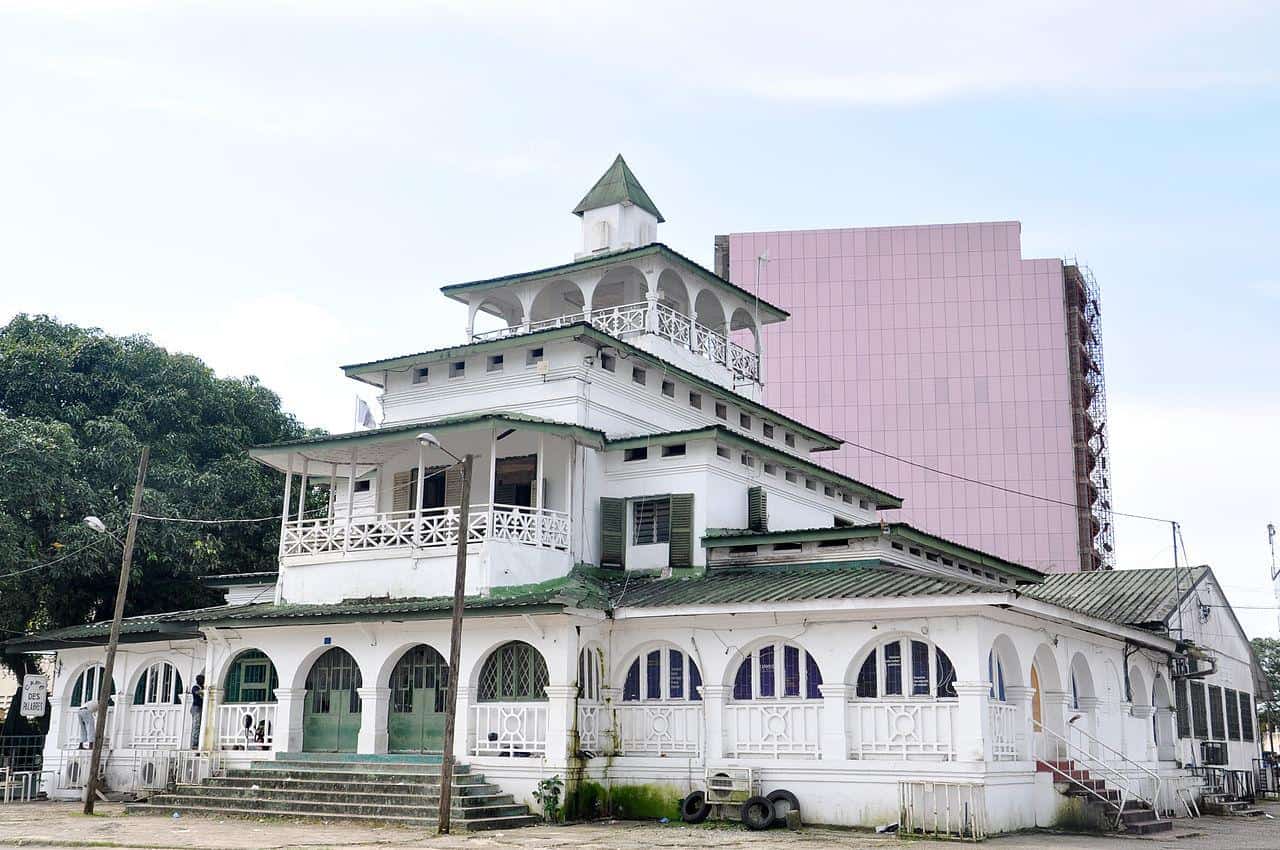 Palace of the Kings Bell at its current state

Most major African cities are a mosaic of a colonial centers surrounded by endless urban sprawling, where European style buildings architecturally alternates with informal housing.
Likewise, Douala is no exception, yet in recent years, there have been several attempts to prompt locally crafted public art to somewhat mitigate the city’s shabby image.
Standing in the middle of Deïdo roundabout, La Nouvelle Liberté Statue is perhaps the most prominent of all recent art ventures, considered as Douala’s most famous landmark.
Created by the artist Joseph-Francis Sumégné, the sculpture is completely made of recycled pieces of electronics, household appliances and even cars, reflecting the city’s prevalent practices of utilizing rubbish for a wide range of applications, including the construction of makeshift homes.
The constant supply of electric waste mostly comes from rich countries that use Africa as a large-scale dumping site, thereby, the artist’s agenda was also intended to promote awareness to those political and environmental issues.
Despite being the undoubted symbol of Douala, it wasn’t without its controversy, as following its inception, the sculpture was scorned in the media as lacking any kind of aesthetics, while some people even ascribed it a demonic power, in fact, up to these days, the statue is often nicknamed Nju-Nju, literally meaning evil spirit. 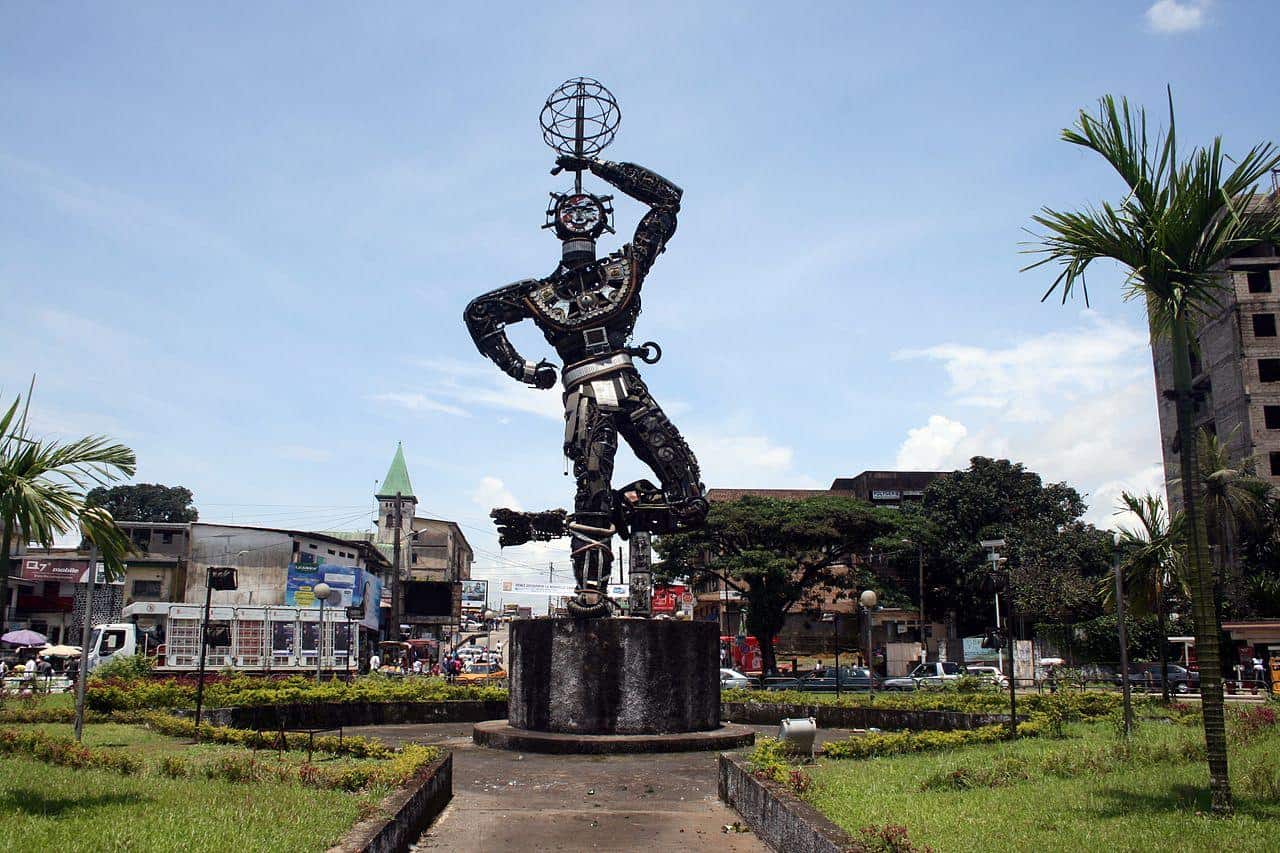 The sculpture of La Nouvelle Liberté

One of Cameroon’s two major rivers, the 160-kilometer long Wouri River serves as the northern border of Douala, separating it from the western part of the country.
The Portuguese who were the first Europeans to explore the region discovered throughout the river a large amount of mud lobsters, aka ghost shrimps, naming it “Rio dos Camarões” (the river of the shrimps) that ultimately evolved into the current name of the country, Cameroon.
Suffice to say that the river’s importance goes far beyond its historical references, in fact, the French colonialists, who ruled the country until the 1960’s, constructed a bridge across the river in order to link the economic engine of Douala with the nearby city of Bonabéri, other parts of Cameroon and even some landlocked countries in central Africa. Over the years, the bridge became obsolete as traffic congestion intensified, eventually forcing the Cameroonian government to construct an adjacent brand new bridge in 2018.
The newly constructed 756 meters long bridge has six vehicle lanes, two railroad tracks and also a pair of pedestrian walkways, one at each side of the bridge, providing breathtaking views of the Wouri Estuary and downtown Douala from a mid-river perspective, as well as a great opportunity to visit Bonabéri, known for its chaotic riverfront and mangrove swamps. 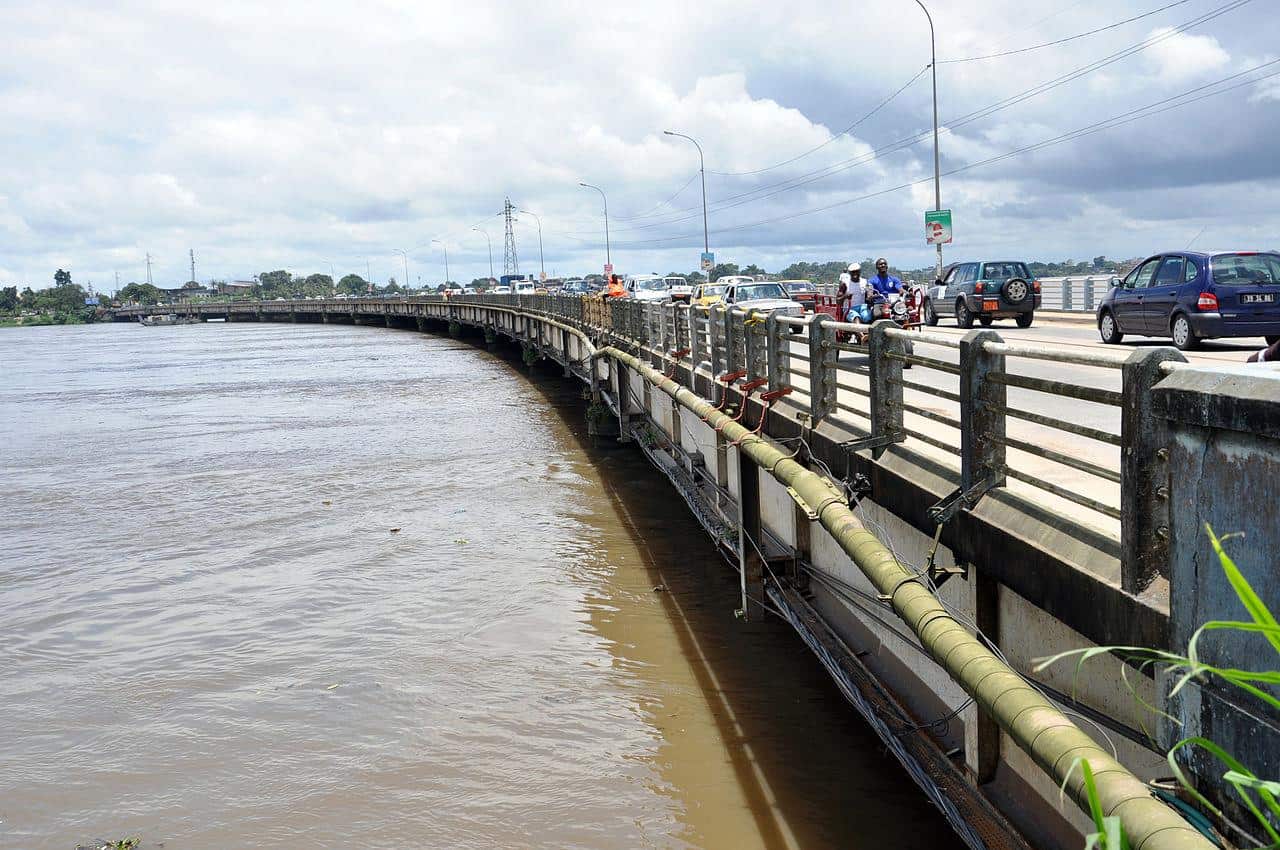 In a nation where every commercial sector takes the form of a market, it seems exceedingly natural to expect that Douala’s flower merchants would concentrate in their own kind of complex, commonly known as the Marché des Fleurs.
Nestled along the Avenue du General de Gaulle, on the southwestern part of the city, the market is famous for its outlandish flower wreaths that come in all sizes, shapes and colors, ranging from funeral bouquets to wedding garlands, as well as planters.
Besides the ample flowery section, the market also features a giant maze of handicrafts stalls, offering a miscellany of colorful wooden masks, traditional garments, woven baskets and myriads of knickknacks from all across Cameroon.
Be aware that some of the market’s hawkers are quite aggressive, relentlessly trying to sell just about anything to occasional passersby, so I would suggest to politely ignore any kind of pushy behavior, especially since the market is too large and plentiful to conclude your shopping spree at the first store. 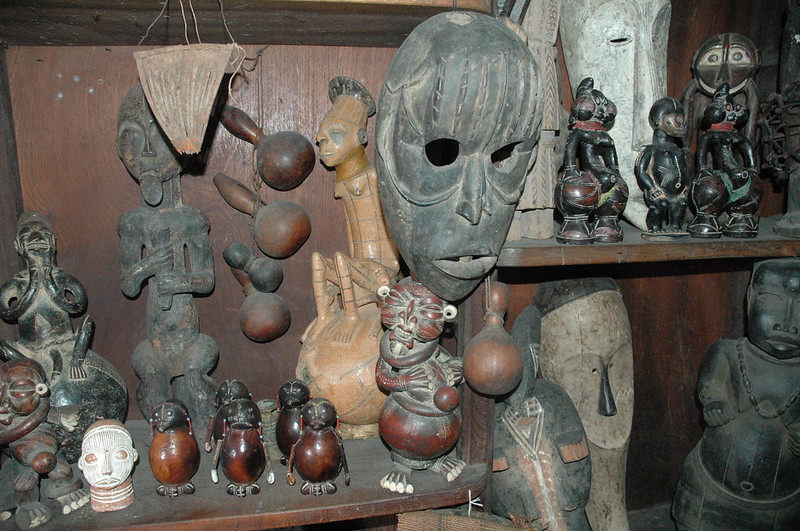 Once an isolated fishing village along the Crique du Docteur distributary, Youpwe is now encroached by the ever-expanding urban sprawl of Douala.
Despite being incorporated into Douala’s jurisdiction, it kept much of its rural character, making it a fascinating place to explore.
The beating heart of the village is undoubtedly its frantic fish market, brimming with fishermen selling their freshly caught fish and seafood from the waters of the surrounding rivers and ocean.
Arrayed in rows over plastic cloths, thousands of fish, prawns, mussels and squids are being sold across dozens of stalls every single day, yet during the dry season, from October to April, the catch is particularly ample.
Even if you have no intentions of buying a freshly caught seafood, there are other items for sale that don’t entail any kind of preparation, most notably a plethora of delightful smoked fish.
The most intrepid travelers among you might consider offering one of the fishermen to take you on a boat trip through the nearby mangrove swamps in return for some extra income, alternatively, you can simply gaze at the hectic riverfront, where pirogues are constantly depart or arrive from a fishing session.
If you feel overwhelmed from the overload of sights, sounds and smells, the adjacent Aquarius Marina 2000 hotel has a charming bar with assortment of scrumptious seafood dishes accompanied by great river views. 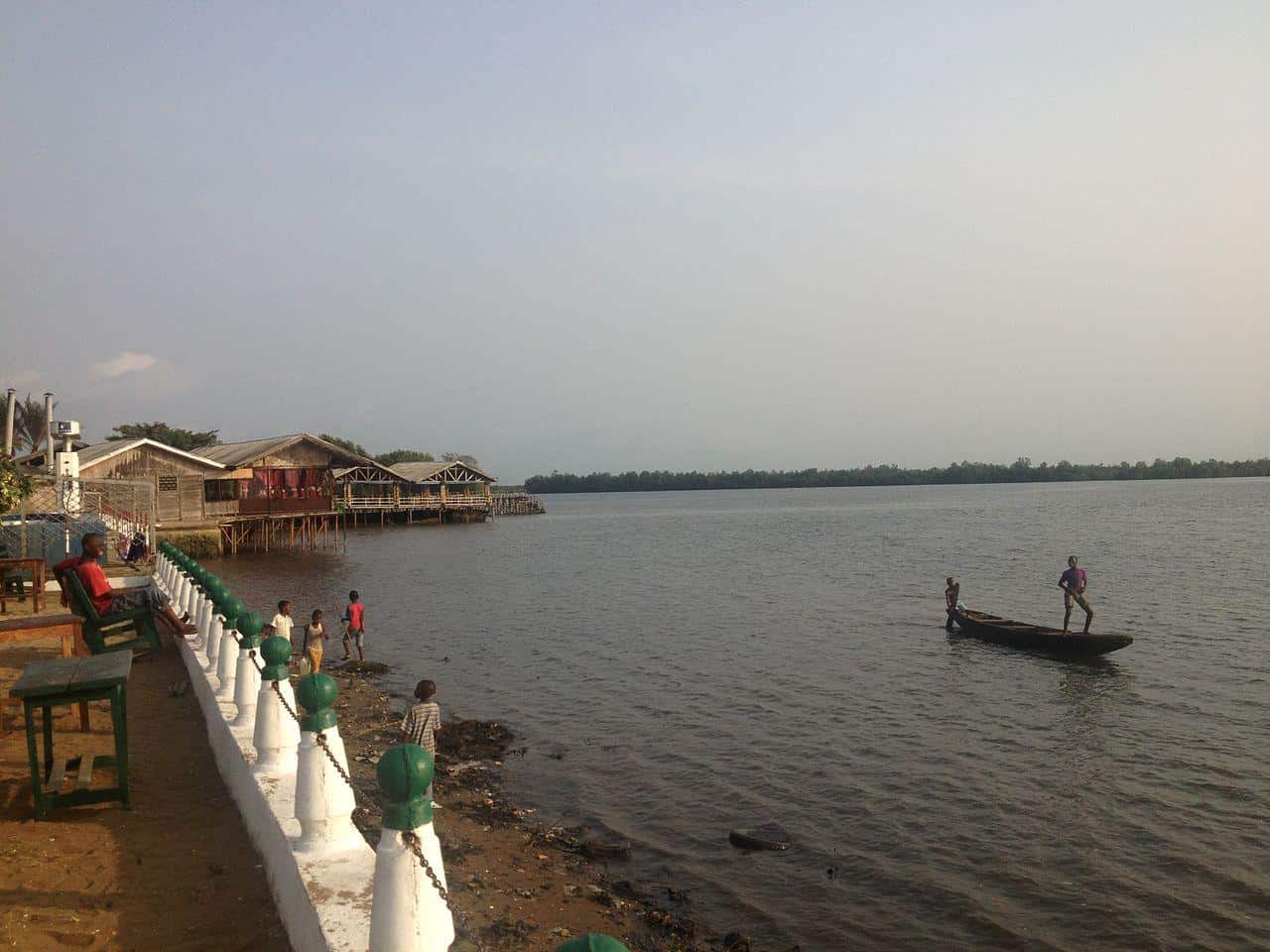 Located just two hours away from Douala, the coastal city of Limbe is one of Cameroon’s most popular getaways, as the early contact with Europeans combined with its location at the English-speaking South West Region made it a cosmopolitan city that appeals to the pallet of many foreigners.
With plenty of interesting sites to explore, Limbe is the perfect day trip destination from Douala, albeit, even you plan to stay here for one week, it still won’t be enough time to see everything this town and its surroundings have to offer.
Limbe has a strong tradition of nature conservation, evidently, the city has one of Africa’s most prominent zoological and botanic gardens, of which the latter was originally founded by the German colonialists, and is home to a medley of endemic plants like coffee, quinine, cocoa, rubber and others. Besides its touristy merit, the garden also serves as a horticultural and agricultural training center, where guided tours encompassing all of its aspects are available. 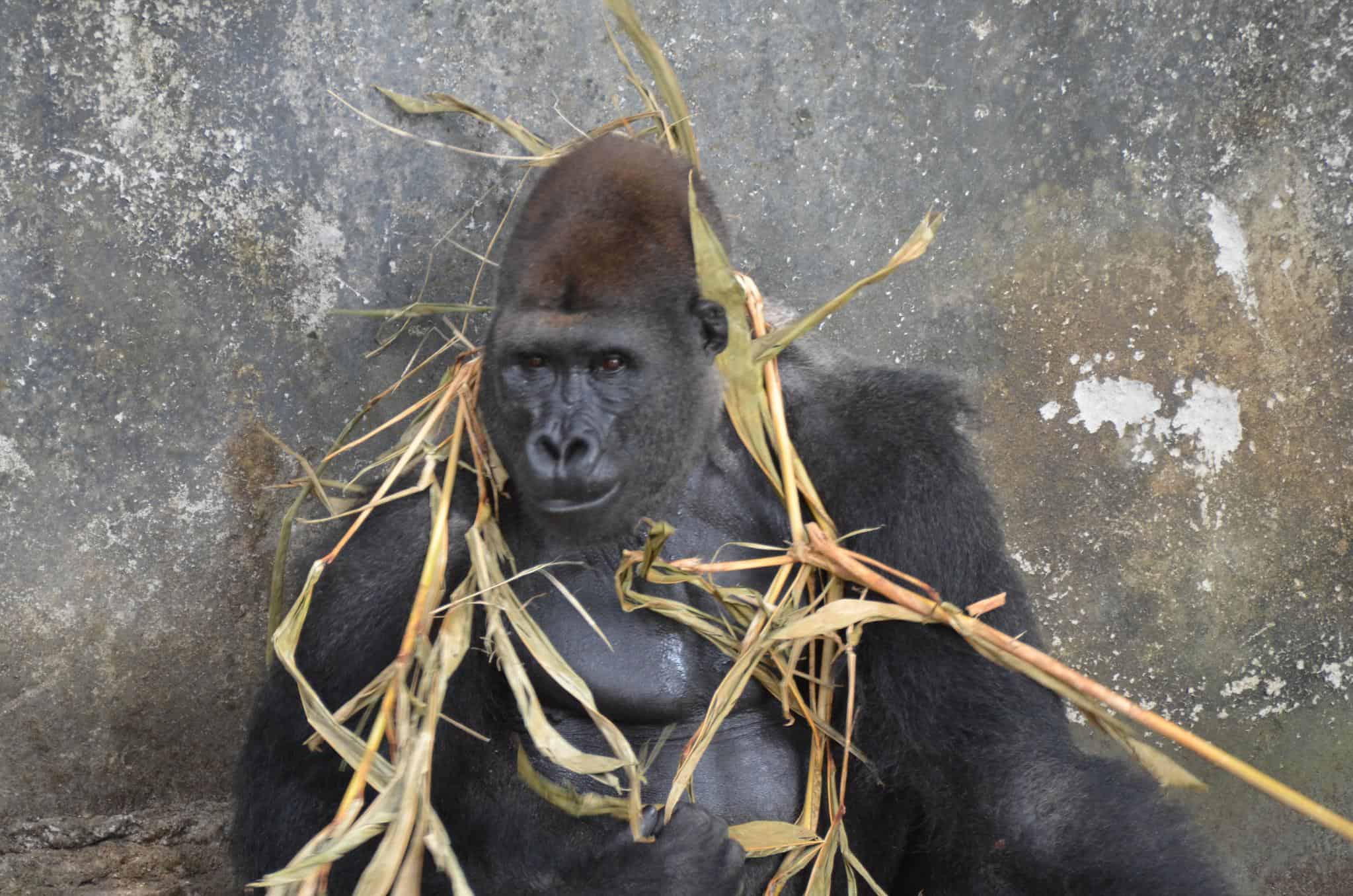 A gorilla in Limbe’s zoological garden

Unlike Douala, whose coastline is either swampy, industrial or just over-polluted, Limbe is blessed with a remarkable strip of black sand beach, lying on the backdrop of an offshore oil rig and the formidable Mt. Cameroon Volcano, the tallest peak in all of West and Central Africa.
Furthermore, the oceanfront promenade along the beach is a vibrant place, where albino horses roam between palm trees and vacationists swarm the local restaurants, gorging on typical Cameroonian delicacies such as kwacocoa bible (made of grated cocoyam, spinach and smoked fish) and grilled shrimps from the nearby ocean. 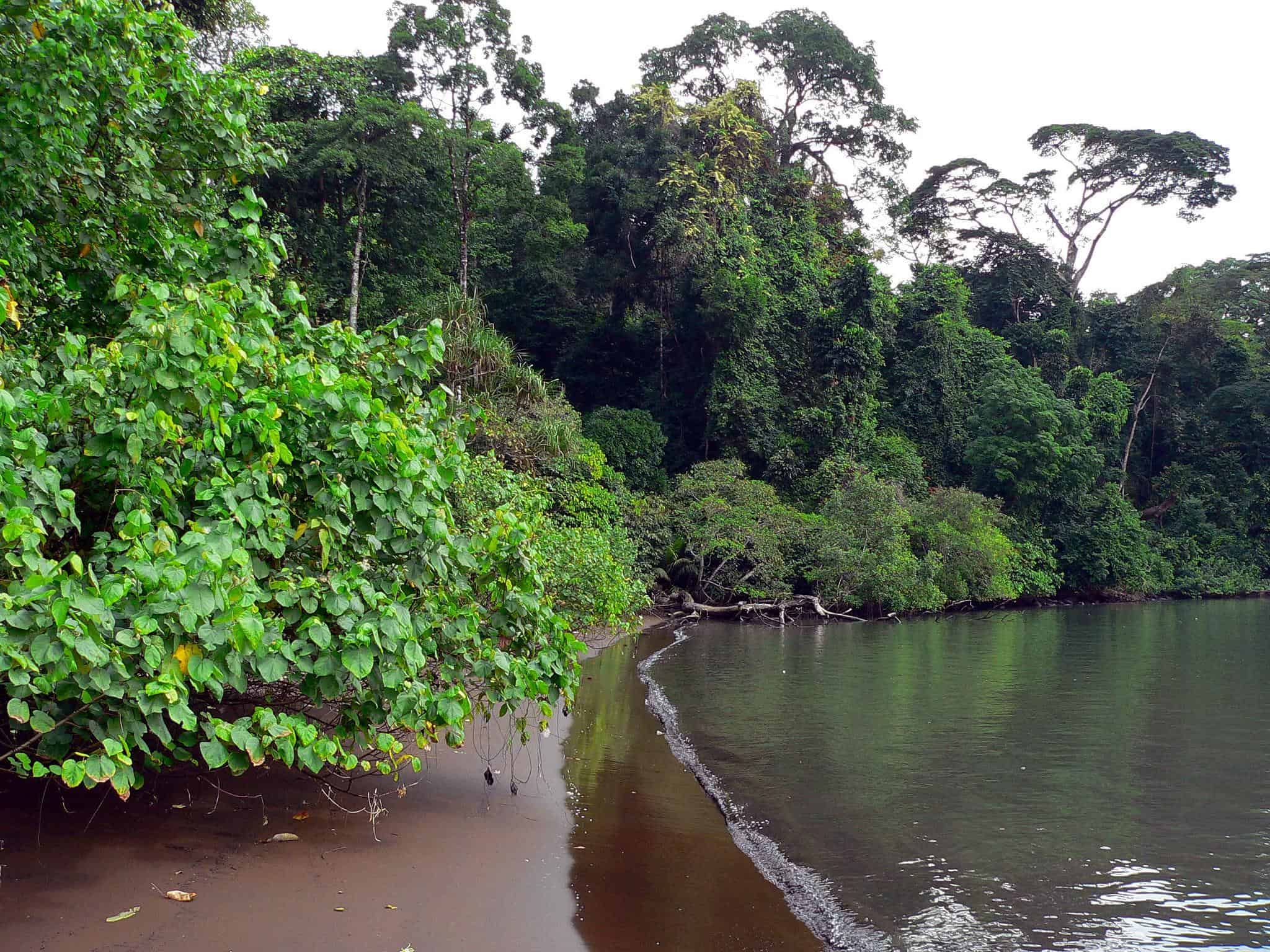 The black sand beach of Limbe