8 Non-Touristy and Unusual Things to Do in Bangkok 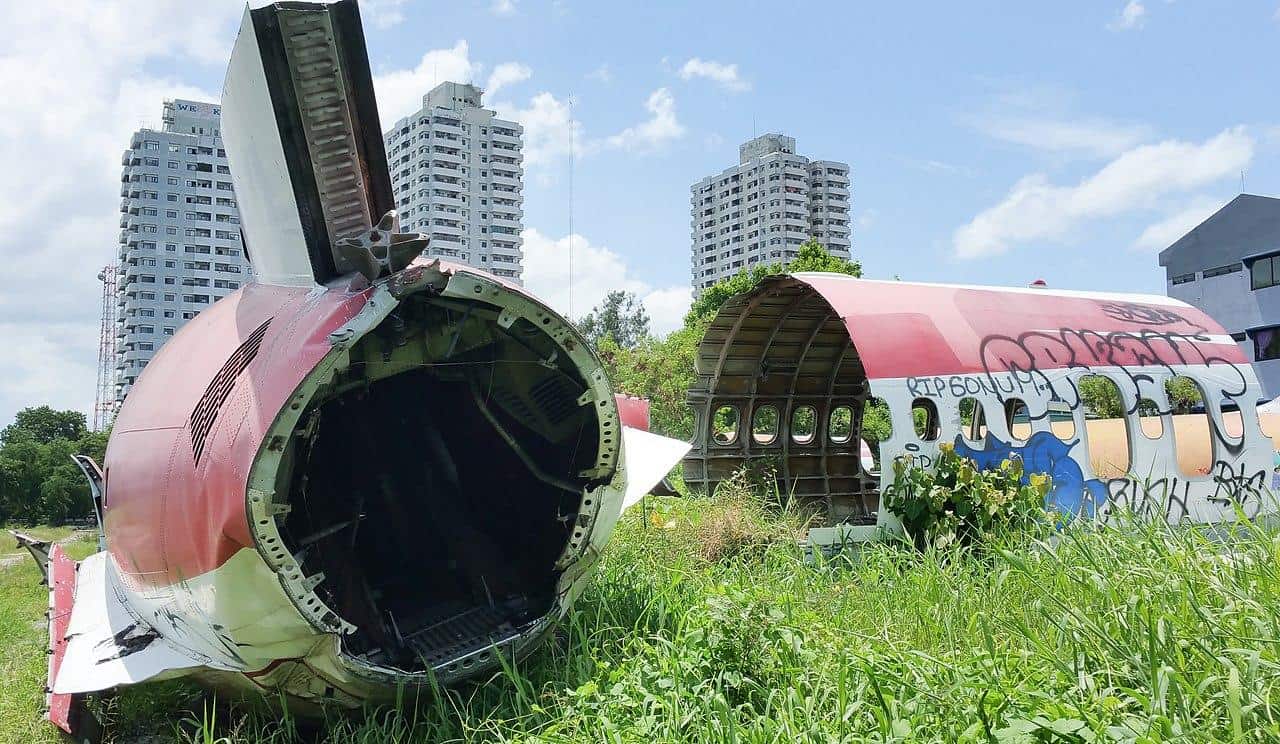 The most visited city in the world, Bangkok attracts more than 22 million international tourists annually. This mind-boggling number of visitors is translated to perpetually over crowded tourist sites all year round. Most visitors to this hectic city usually head to the Grand Palace and make their way around the countless Buddhist temples that can be found on seemingly every street, while party goers swarm in masses the Khao San Road, Bangkok’s backpacker hotspot that has gained international fame and notoriety for its blaring music, garish colors, and inventive cuisine. It might come as a surprise, but Thailand's capital is also home to scores of lesser-known places that serve as a respite from the insanely beaten path. 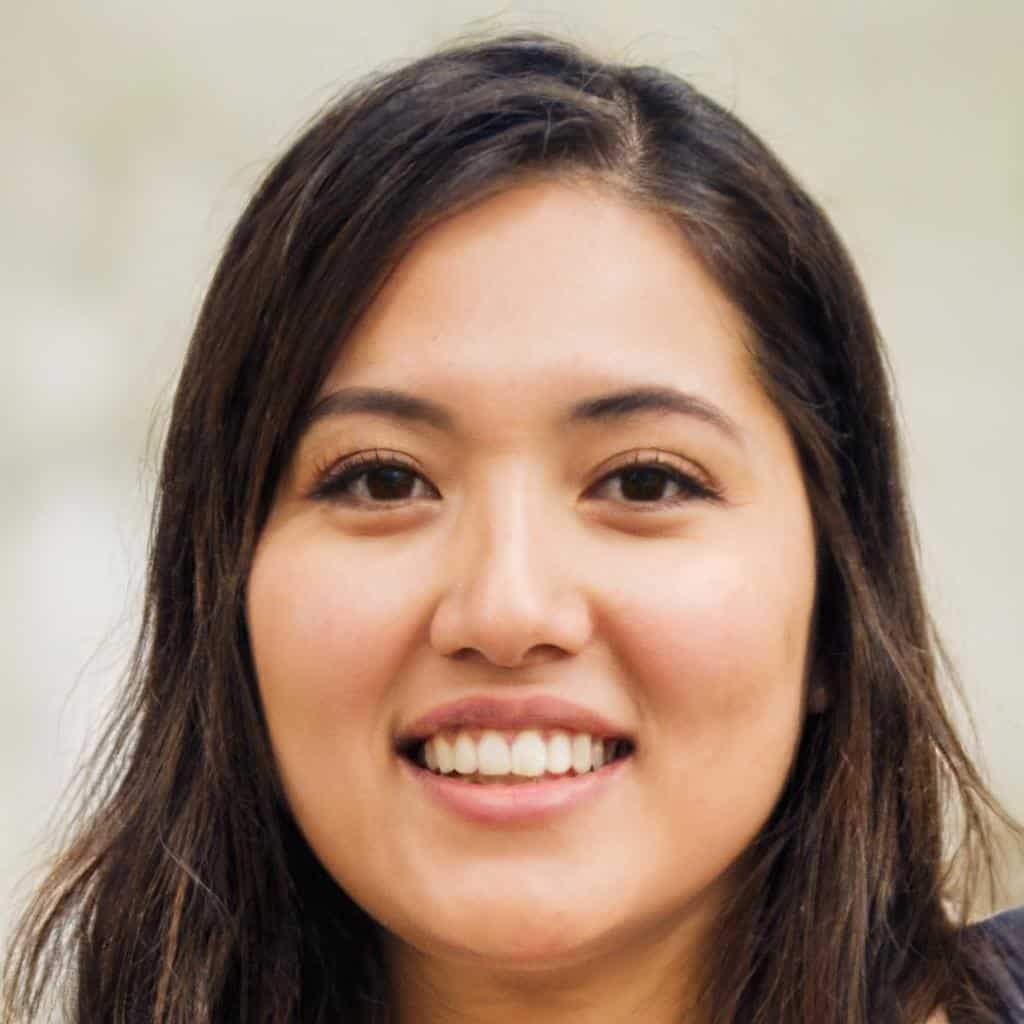 In a first glance, an unsuspecting outsider might confuse this boys-only boarding school in Bangkok with a lavish Buddhist temple thanks to its flamboyantly decorated roofs. This prestigious college takes its name from its founding father, King Rama VI. The King is also known as King Vajiravudh, and he formed this educational institution in Bangkok after being educated at the Royal Military Academy Sandhurst and Oxford University, both in the United Kingdom.

In operation for more than a century, the college provides primary and secondary level education, as well as “moral training in the style of British public schools”. The boys that attend are subjected to military-style boarding practices that seek to nurture them into outstanding moral and disciplined citizens.

The school is situated on Rajvithi Road in Bangkok and is the undisputed jewel in Thailand’s educational crown. The lush fields that surround the grandiose buildings make it the perfect setting in which to study, and from the outside, it’s clear to see why it has such a prestigious reputation. This large, open wasteland in the outskirts of Bangkok is home to a collection of abandoned aircrafts of various shapes and sizes. The site where the planes are housed is actually the property of a prominent Thai businessman, who was initially selling the valuable parts from the planes for scrap.

With very little left other than the rusting exteriors of the planes, many of which have been adorned with graffiti, it seems more like a graveyard than a scrapyard, hence its intriguing name. The central attraction at the site is undoubtedly the giant 747 that sits at the very center. It’s not every day you get the chance to wander freely around an empty airplane, and it gives you a fascinating insight into how aircraft are put together.

Nonetheless, a visit to the airplane graveyard comes with a twist. It has become a living space for several impoverished families who have actually converted parts of the planes into sleeping quarters. When you arrive at the site, they will command an entrance fee from you (somewhere in the region of 200 Baht).

There are certain parts of the graveyard that are off-limits, and they’re bedecked with curtains that hang and prevent you from entering. You should also be mindful that the families that live there will only allow you to stay around for an hour or so before escorting you from the land. While it might seem a little unsettling, so long as you’re prepared for this, you won’t get any unwelcome surprises when you visit. 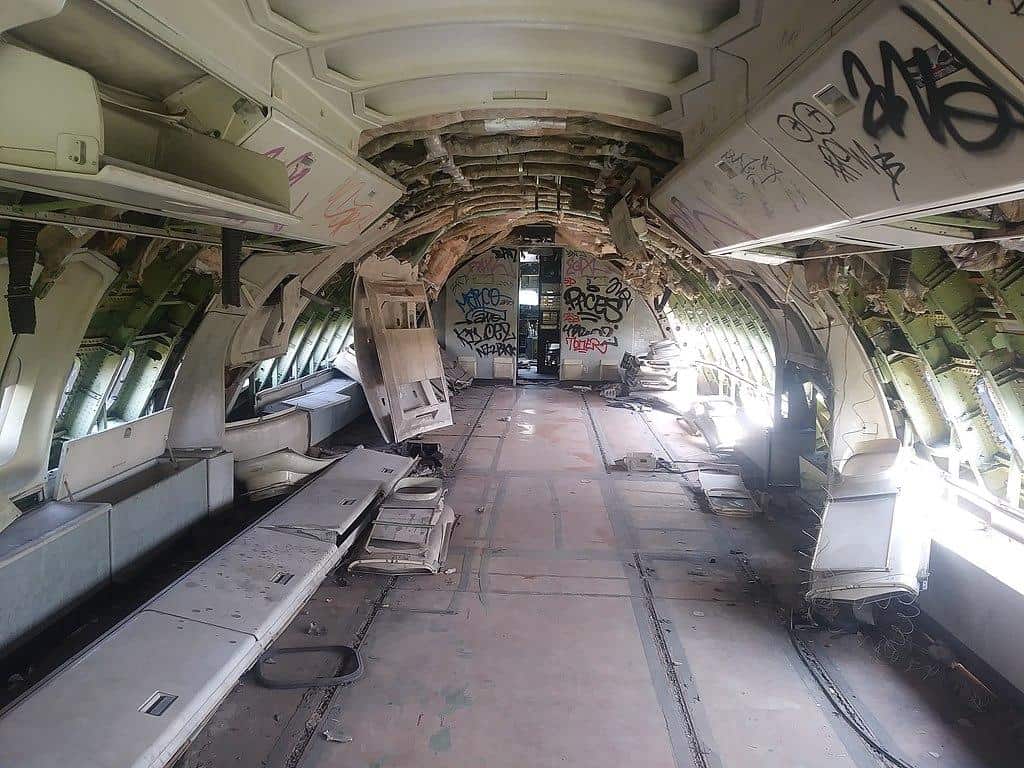 The interior of the giant Boeing 747, one the airplane graveyard's centerpieces

Globally renowned for its bustling markets, Bangkok isn’t short of designated commercial areas where one can abundantly find cheap merchandise and produce, albeit many of which are ultimately turned into tourist traps.

Not far from the popular expat community of Thanon Sukhumvit, Khlong Toei is the city’s largest fresh food, offering practically any type of food that your heart might desires without compromising any shred of authenticity, as not many tourists frequent the market.

You can pick up various meats, seafood, fruits and vegetables, as well as some rather curious Thai creations that are certainly not for the squeamish. Perhaps one of Khlong Toei’s most interesting, yet shocking, sections, is a cluster of stands that sell meat of various exotic animals. The hook-hanged body parts are often displayed in an off-putting fashion, making it a challenging experience even for non-vegans.

Khlong Toei is also the perfect place to pick up various pastes, powders and spices, and they can make a great gift for culinary enthusiasts back home. The market is technically open 24 hours a day, yet it’s best to visit here early in the morning. That way, the heat of the city hasn’t made the smell unbearable, and you can avoid the large crowds that often come later in the day. 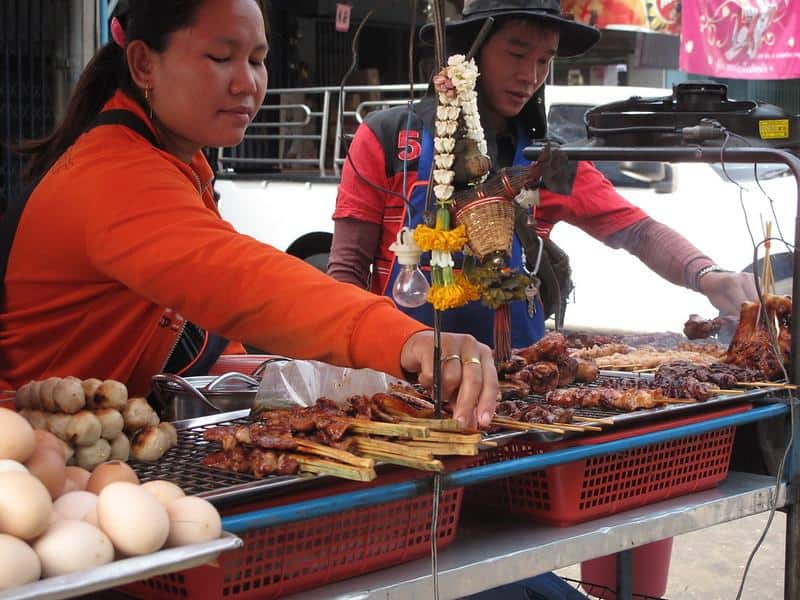 Lat Pho is a memorial park in Phra Pradeng District. It’s an open green space within the concrete jungle of Bangkok and is a popular destination for cyclists and joggers to exercise without having to worry about the notoriously hectic traffic of the city streets.

The Bhumibol Bridge with its golden spire, as well as other highways and roads, weave above your head as you walk through the park, giving you a sense that you’ve taken a short break from the chaos of the city that surrounds you. This unusual scenery where a verdant nook is being completely engulfed by dystopian urban landscape is truly a surreal sight that one should behold.

Besides the well-kept garden and manicured hedge, the park is embellished by a series of sculptures and monuments that, like the vegetation, are sharply contrasted by the massive and sooty infrastructure above.

With the river nearby, this urban oasis is also an ideal place to take some photos with the water in the background, while also being a popular spot at sunset for couples who enjoy a leisurely stroll. 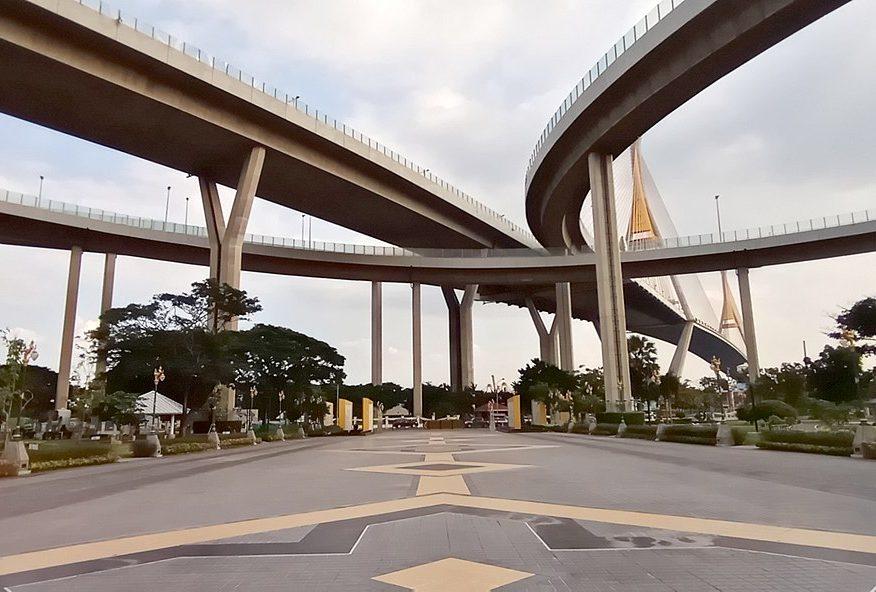 The formidable highways looming on the background in Lat Pho Park

Often dubbed as “the Venice of Asia”, Bangkok is well-known for its numerous floating markets that populate the city’s waterways. The most popular one, Damnoen Saduak, attracts hordes of visitors every single day. However, if you wish to escape the crowds, Taling Chan is free of typical touristy nuisances that are usually prevalent in some of the city’s more famous floating markets.

Located 12 kilometers outside the city center, it’s easy to reach Taling Chan via BTS, but you will need to visit early in the morning, since it doesn’t stay open all day. Because this market wasn’t designed for tourists, you won’t see boats full of trinkets and cheap souvenirs. Instead, you will find lots of food and drink options as vendors sell things like noodles, rice, meat and seafood directly from their wooden boats.

The main river that the market is built on is full of catfish, and it’s a local tradition to stand at the side and toss bread into the water to feed them. It’s thought to bring luck and good fortune. Local musicians also play at the market, giving you the chance to listen to authentic Thai music while enjoying a freshly prepared fruit smoothie and a signature dish.

Although it’s not a touristy market, Taling Chan is extremely popular with locals and does get busy. But compared to some of the more popular floating markets in the Thailand’s capital, you will be able to enjoy a far more authentic Thai experience here. 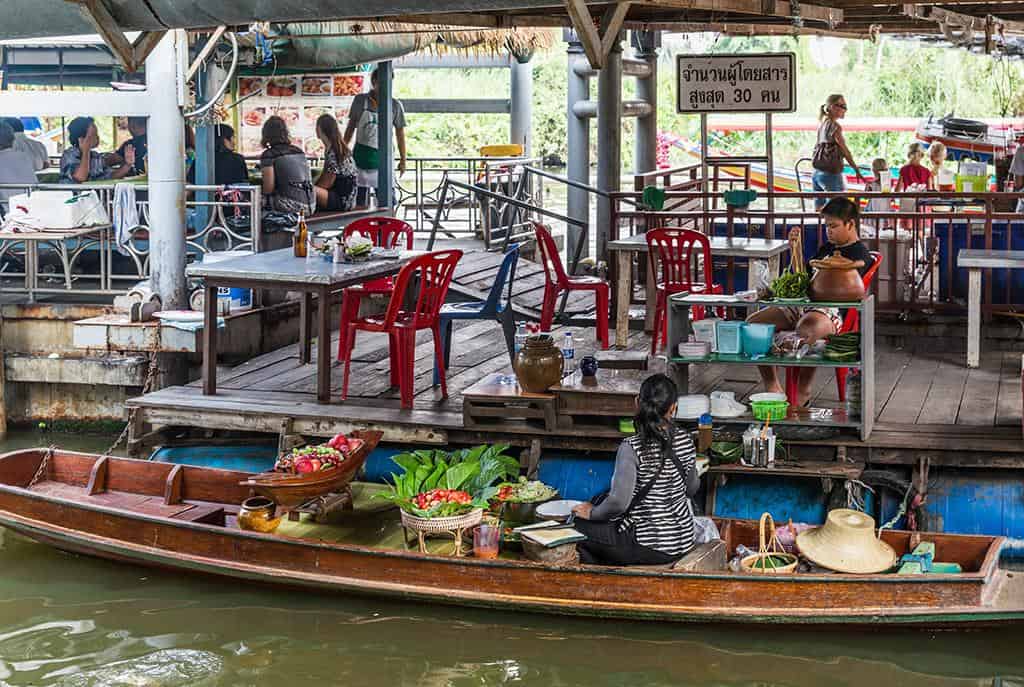 Warehouse 30 is a creative center that offers a similar experience to the popular Jam Factory in Khlong San. Nevertheless, the fact that it has only been open since 2017 means it’s not as well-known as its popular counterpart.

Within the warehouse is an ever-changing art gallery displaying works from various local and international artists. The urban street art and graffiti at the back of the warehouse are equally as impressive and pay tribute to great historical figures like Nelson Mandela.

The complex is also home to a quaint café, as well as a couple of restaurants that are frequented by foreigners and locals alike. You can pick up some bespoke souvenirs from the on-site antique shop and also improve your wardrobe with some of the designer clothing items within.

It’s definitely a place for people hoping to experience the artisanal culture of Bangkok and is the ideal spot to chill out for a couple of hours and get away from the buzz of the city’s streets. 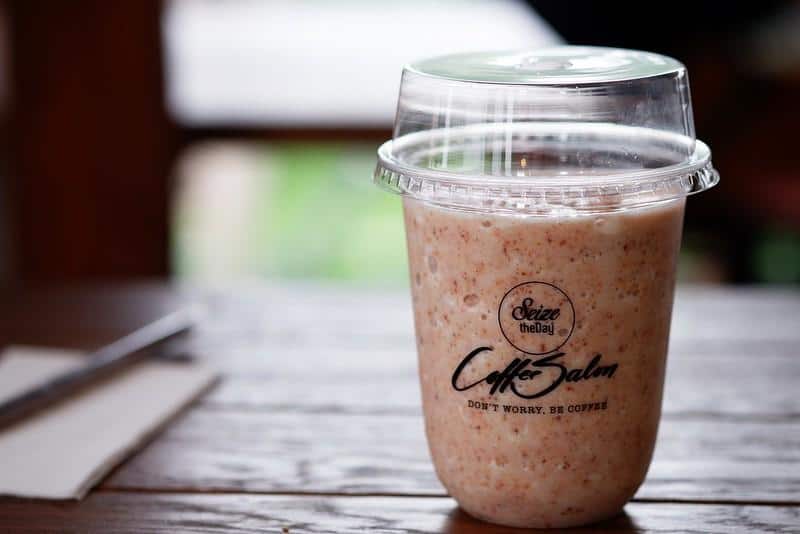 Not far from Siam, LHONG 1919 is a nineteenth-century Chinese mansion that has been beautifully restored and turned into a multi-purpose leisure and entertainment venue. Many visitors come here just to take photos, as the interior is striking and unique, and unlike anywhere else in the city.

You can grab a coffee or sit down for a light meal at the on-site restaurant while enjoying the unusual interior. There are lots of interesting independent retail units within the mansion, all of which are accompanied by street art and several exhibitions that are striking and thought-provoking.

LHONG 1919 is a great example of restorative architecture, and this previously disused and abandoned space has been transformed into a contemporary point of interest. After your visit, the nearby paths that lead you down to the riverside provide a spectacular glimpse of the setting afternoon sun. 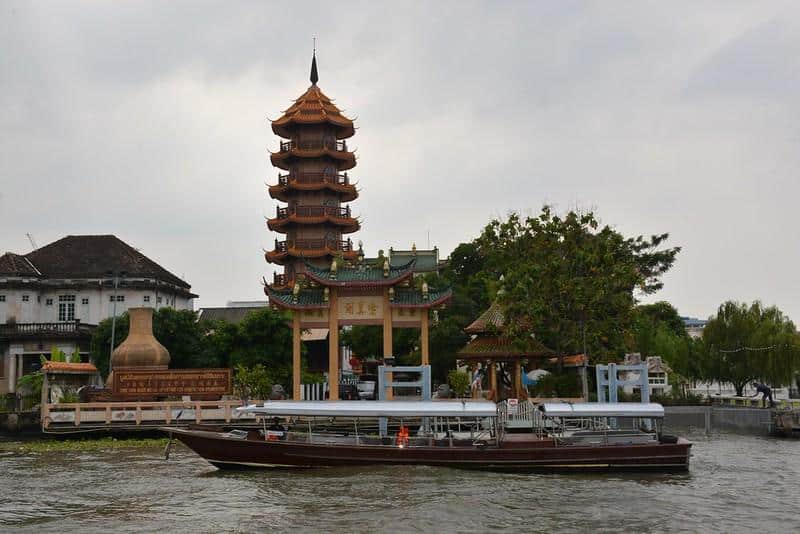 LHONG 1919 as it seen from Chao Phraya River

Nightingale was built in the 1930’s, becoming Bangkok’s first department store. While the city around the store has undoubtedly changed a great deal since the thirties, the store hasn’t, and that’s what makes it such an interesting place to visit.

The store’s original owner is in her nineties now and has worked there since it opened. She has worked hard to preserve the memory of what the store once was, and it has now become a sort of museum of its former glory.

Many of the original items that were brought across from Europe when the store opened in the 1930’s are still in place, and it really feels like you’re stepping back in time. It’s free to enter the store and will only cost you money if you buy something. Don’t expect to take photographs, though, as security is on hand to prevent people from snapping the items freely.