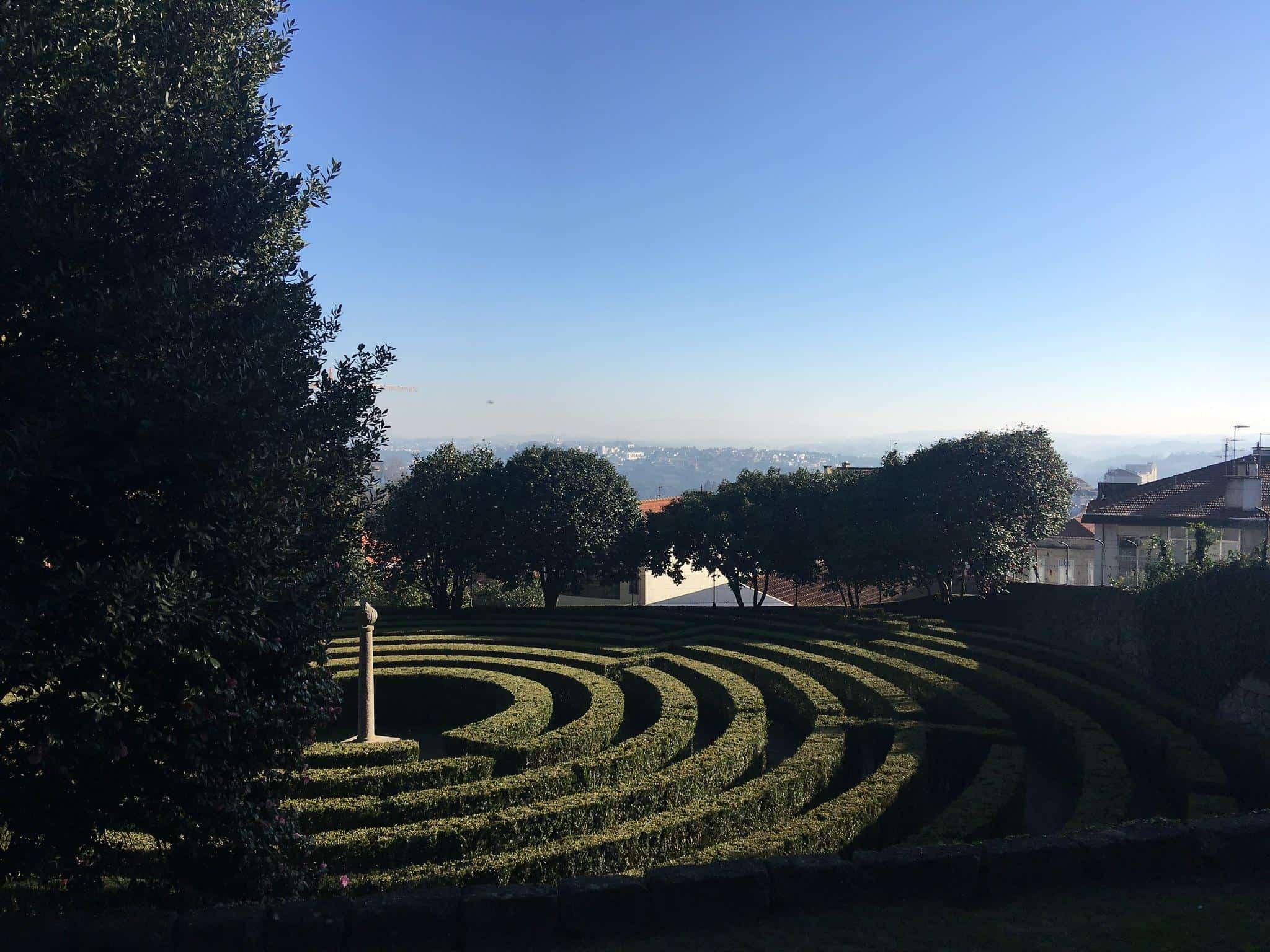 The second largest metropolis in Portugal, Potro is a major economic and cultural center, globally renowned for its marvelous architecture, rich history and epic culinary scene, most notably being the epicenter of the Port fortified wine industry. Given its countless virtues, the city is flooded annually by millions of visitors from all over the world, making its beautiful touristic spots rather crowded, nevertheless, there are still dozens of hidden gems throughout Porto and its surrounding satellite towns, perfectly suited for travelers who wish for a break from the never ending stream of camera-armed throng. 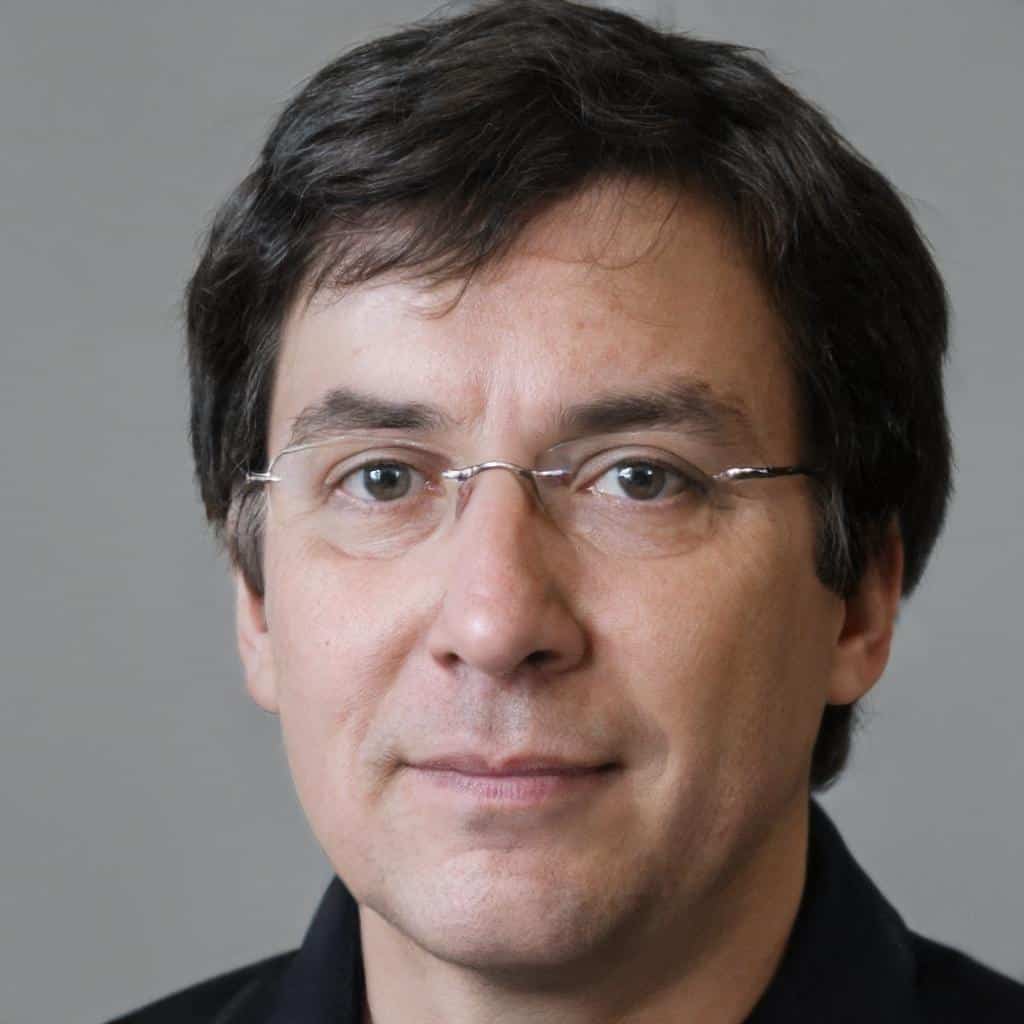 Splitting the city into two halves, the Douro River and its dramatic gorge are Porto’s most prominent geographical feature, home to the city’s iconic riverfront, a major tourist attraction thanks to the myriads of picturesque sites around.
Linking the two sides of the river are 6 bridges, that besides their crucial role as vehicular and pedestrian thoroughfares, also regarded as formidable landmarks. Overlooking the Douro Estuary, Arrábida Bridge is Potro’s westernmost bridge, spanning 270 meters long over the river with a maximum height of 70 meters, that interestingly, at the time of its inauguration was the largest arch bridge worldwide.
In 2016, four years after the bridge was declared a national monument, an unconventional type of attraction was opened at the river’s northern side, giving visitors the opportunity to climb the bridge’s arch, ascending its 262 stairs that offer some spectacular views of Porto riverfront and the Douro estuary.
Take note that any person above the age of 12 can visit the site, accompanied by a guide and special safety equipment, either as part of a group (of up to 13 people) or as solo traveler. 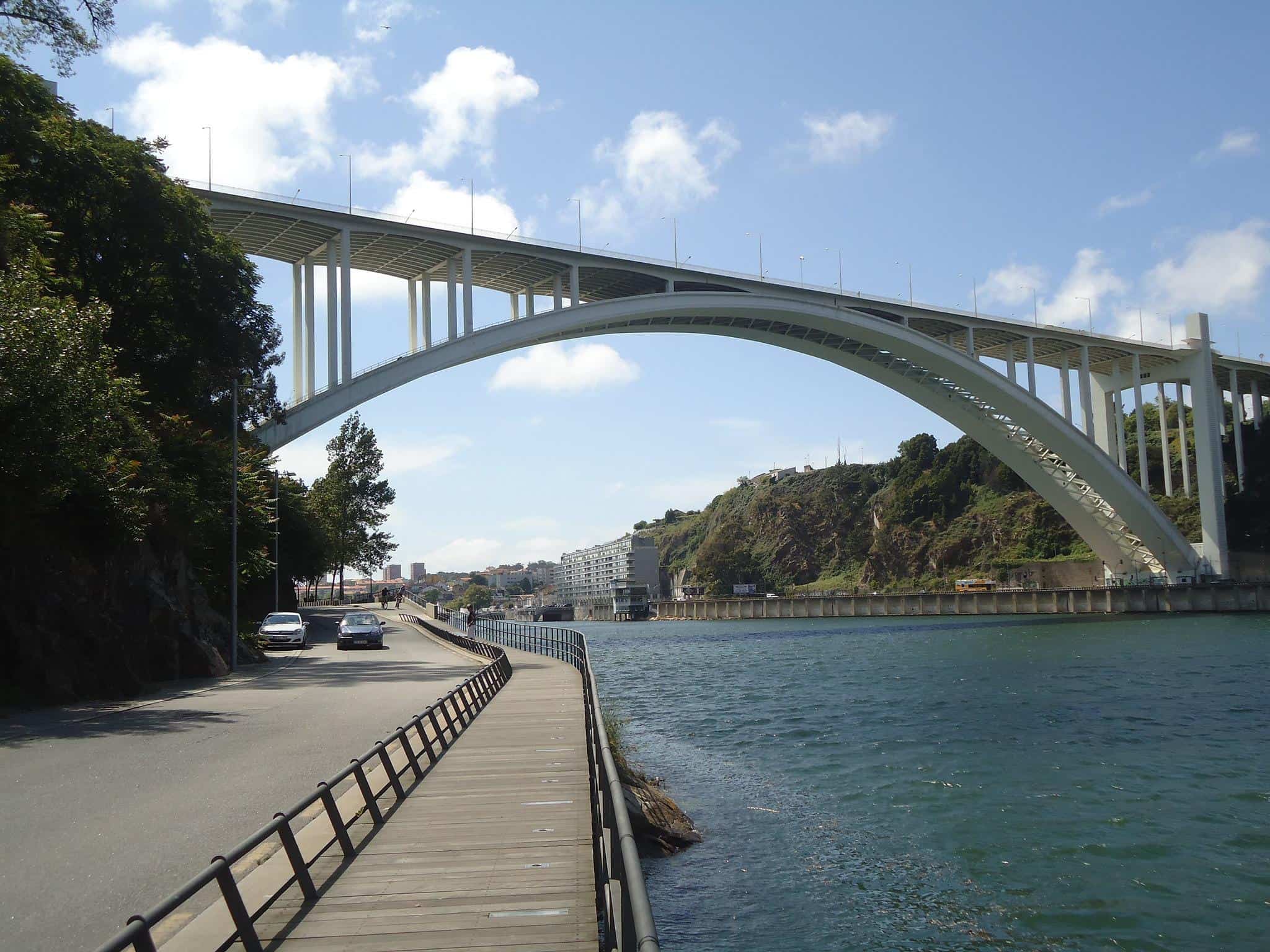 Arrábida Bridge as it seen from Douro’s southern side

It might come as a surprise for some but the city’s global influence goes far beyond its official municipal boundaries, and one great testimony of that is the anomalous number of world class architects who graduated from Porto School of Architecture, including two Pritzker Prize winners, one of whom, Álvaro Siza Vieira, was tasked with the challenge of planning the faculty’s new campus.
Completed in 1996, the faculty of architecture complex perches on the northern slope along the Douro River, making a brilliant use of its geographic features to create spatial experiences for students, teachers and guests alike. The publicly accessible campus consists of 4 extra-white slender buildings designated for classrooms and workshops, and an oddly shaped administration building, both of which enclose a triangular courtyard, functioning as the school’s beating heart, where students recharge their vitamin D levels after lengthy studio sessions.
Fortunately, anyone can visit the campus, wander around its exceptionally designed spaces, sip a macchiato at the school’s vibrant cafeteria and more importantly examine the students’ projects that are presented throughout the hallways. 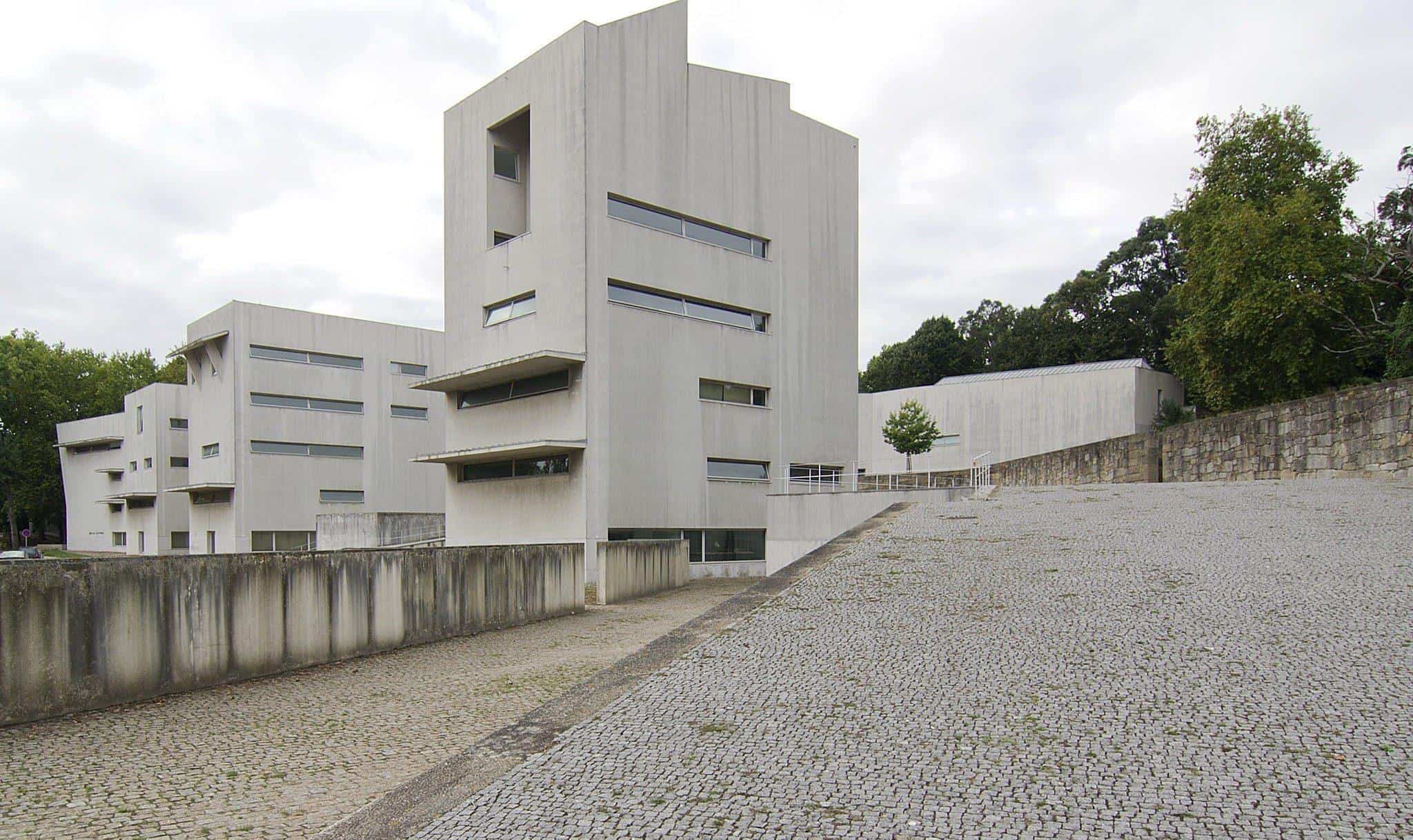 The campus of Porto’s school of architecture

Formerly known as the Quinta da Lameira, Parque de São Roque is probably the most charming hidden gem in all of Porto, covered by 4 hectares of woodland, lawns and plenty of eccentric nooks. Originally, the estate west of Dragão Arena was privately owned by Bela-Vista farm and later by the Cálem family, locally famous for being major producers of port wine. The quinta was ultimately purchased by Porto city council, transforming the private estate into a public park in 1979, including a thorough refurbishment of the incredibly yellowish Casa São Roque mansion, which was repurposed as an art center, architecturally inspired by the Belgian art nouveau movement.
The park itself is mostly carpeted with wooded lawns, divided by several terraces and traversed by a network of paved walkways.
What makes this garden far more than just a nice place to stroll at is the handful of exceptional and bizarre sites scattered around and just waiting to be discovered, two of which are the Gaudi-style grotto enclosing a small pond while being peppered with lush shrubs, and a small charming chapel flanked by gigantic trees.
However, the park’s most iconic site is doubtlessly the Labirinto do Parque de São Roque, a hedge labyrinth made of circular pathways, best photographed by a drone, so don’t forget to bring yours. 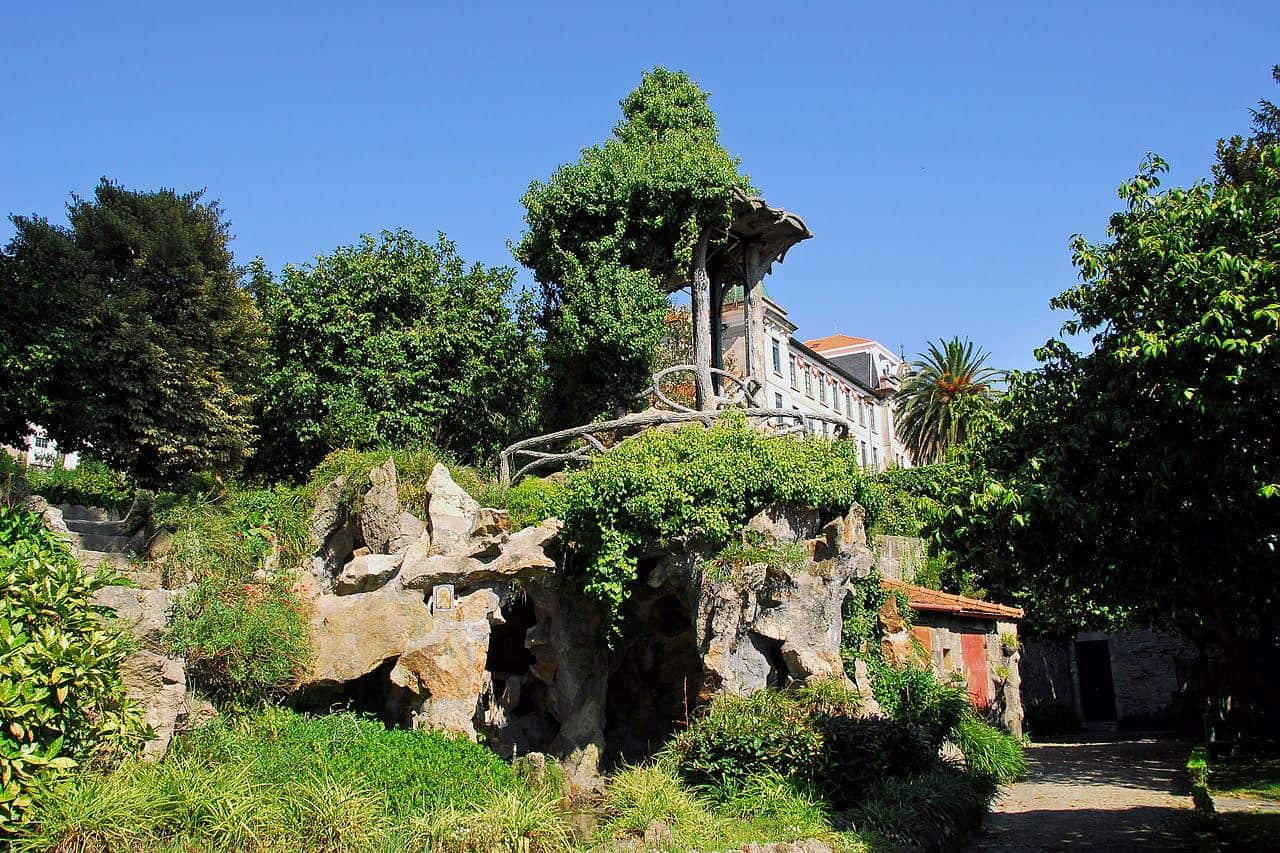 Any first-time visitor to Porto would immediately notice that there isn’t any shortage of markets all over the city, as dozens of lovely mercados can be found anywhere you go. Having said that, the soaring popularity of Porto in recent years transformed many of those markets where ordinary people used to shop into a tourist-oriented complex, devoid of any shred of authenticity.
Luckily, there are still markets that weren’t altered by the rising tourism, the most prominent of which is Mercado Municipal de Matosinhos, located next to Leça River estuary and Porto’s seaport, in the satellite town of Matosinhos.
The moment you enter the building, you’ll instantly be struck by the tall semi-circular space pierced by giant strips of skylight, flooding the market with sunlight.
The market is divided into two floors, the first one houses a fish and seafood section, chockfull with fresh catch from the nearby Atlantic ocean, whereas the second floor has vegetables and fruits stands and even few unusual booths selling live chickens and rabbits, definitely not the kind of sight you would expect to encounter in Portugal.
Complementing the market are numerous cafés and restaurants around the building, many of which cook fresh produce that was purchased in the mercado itself just hours before. 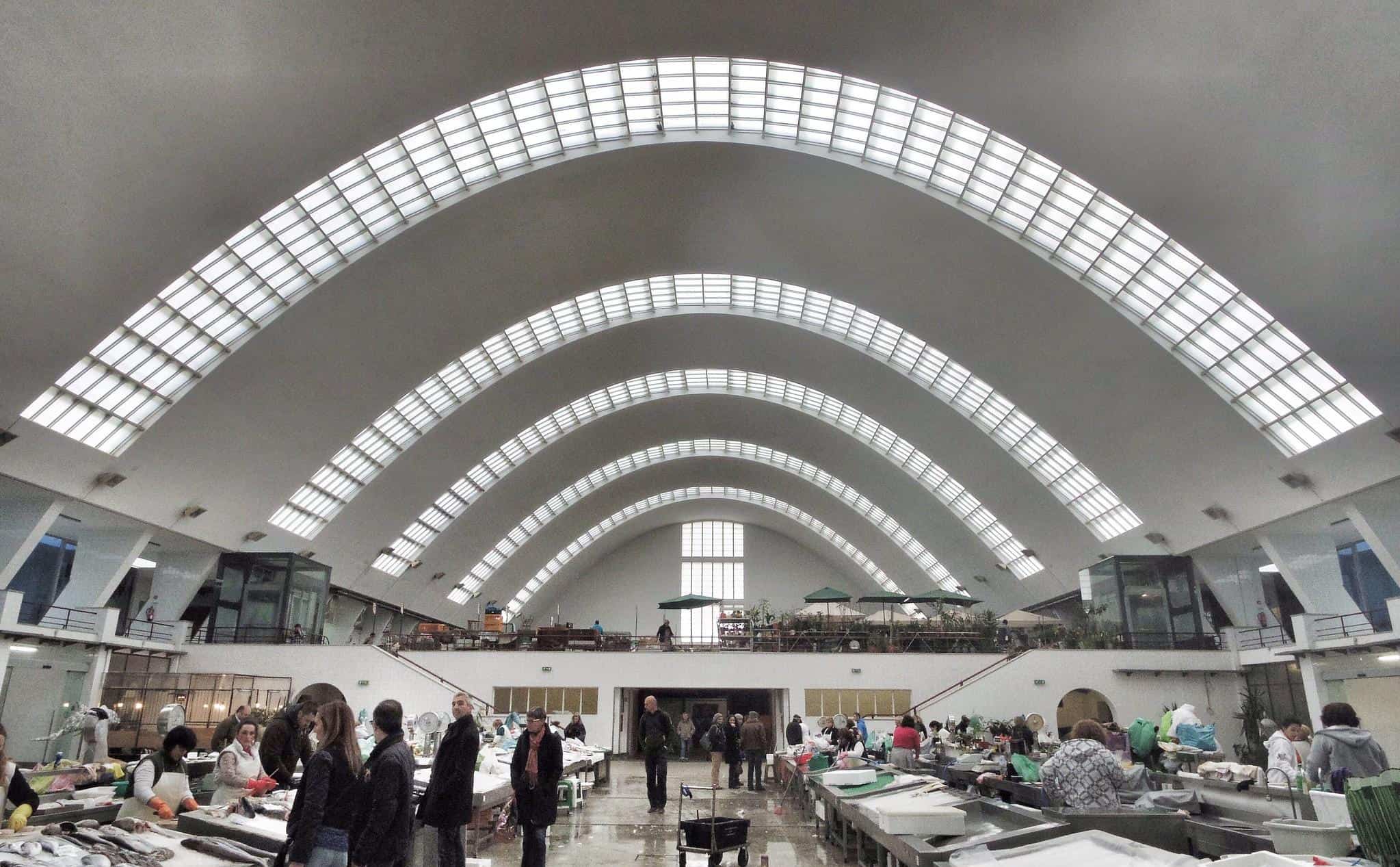 In modern times, tourists from all over the world gather at thousands year old archeological sites, marveling at their historical heritage, whereas ruins of more recent significant buildings are usually regarded as an eye-sore.
Challenging this notion, the aforementioned municipality of Matosinhos, one of Porto’s satellite towns, transformed the former textile industrial complex of Efanor to a vibrant urban park, centered around the abandoned factory, forming an exceptional sort of public space, where the merit of contemporary ruins is acknowledged.
The now dilapidated chimneyed factory employed more than 3,000 people during its heyday, and was considered as a pioneer when it came to social rights, providing workers with medical insurance, a kindergarden for 140 children and spacious dining areas.
The introduction of synthetic fibers and strong overseas competition forced the factory to cease all operations by 1994, leaving its ruins as a magnet for illicit activity up until 2016, when the whole complex was transformed into a well-kept park, dominated by an amphitheater-shaped plaza, comprised of semicircular segments, some of which are reminiscent of running tracks while the rest are allocated for trees and plants.
The sheer contrast between the abandoned factory and the neat garden is truly an unconventional sight to behold at, as it both neutralizes the hazards of the crumbling structure while making an otherwise nondescript garden a fascinating place to visit.

The ruins of the former Efanor factory

Surprising as it might seem, Porto is abundant with rural enclaves despite being one of the most densely populated cities in the Iberian Peninsula.
The neighborhood of Areinho on the southern side of the Douro River is one of those places with laid back vibes, still largely covered by plots of farmland and quintas. The sheer proximity to Porto’s city center combined with its rural character make it a charming hideaway to explore, particularly if you wish for a small break from the overload of tourist-oriented sites.
In 2015, the local municipality inaugurated a wooden walkway, hanging over the river, as part of an ongoing effort to revive the Douro southern bank, transforming it into a seamless walkable riverfront. The newly constructed pathway provides a rare glimpse of the river and the surrounding fields of Areinho. The passage also links the iconic and oddly shaped building of Edgar Cardoso Laboratory complex to Areinho beach, which is often flocked by dozens of sunbathers during summertime.
Besides experiencing the up-close perspective of Douro River, you can also explore the nearby pastoral landscape and the handful of picturesque estates, specifically Quinta de Quebrantões. 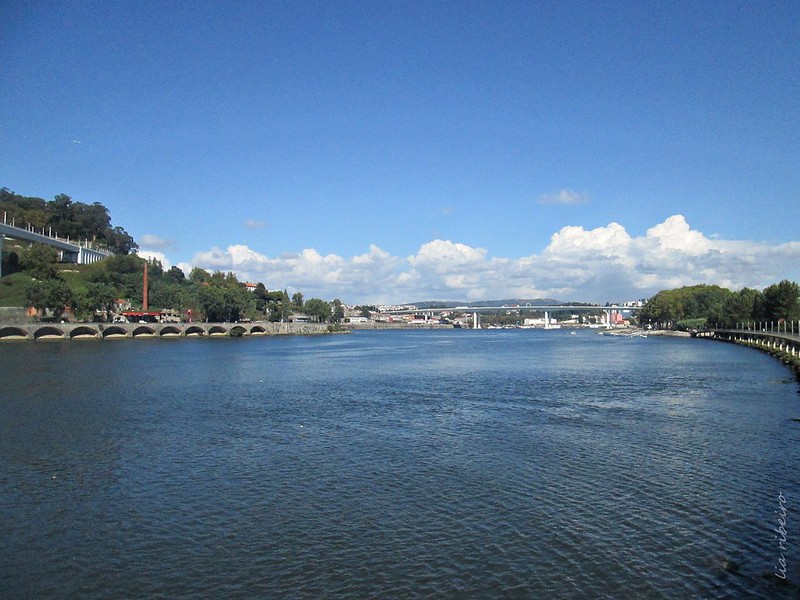 The Ceramics Factory and Chapel of Senhor de Além

Perching on Douro River’s southern escarpment, just meters above the water level, the delipidated Chapel of Senhor de Além is hardly noticeable, yet despite its modest size and hidden location, the chapel and the nearby former ceramics factory have a surprisingly lengthy and turbulent past.
The current Capela do Senhor de Além was built in 1887, replacing the original 15th century chapel that was demolished to make room for the larger building, featuring a bell tower and gilded carvings.
Originally, the former chapel was constructed to accommodate the glorious Senhor d’Além Crucifix, allegedly caught in a fishing net at the Douro River, and was ascribed with a holy virtues ever since.
The crucifix was eventually relocated to Porto Cathedral, while the newly built chapel was adorned with a detailed replica of the famous crucifix. 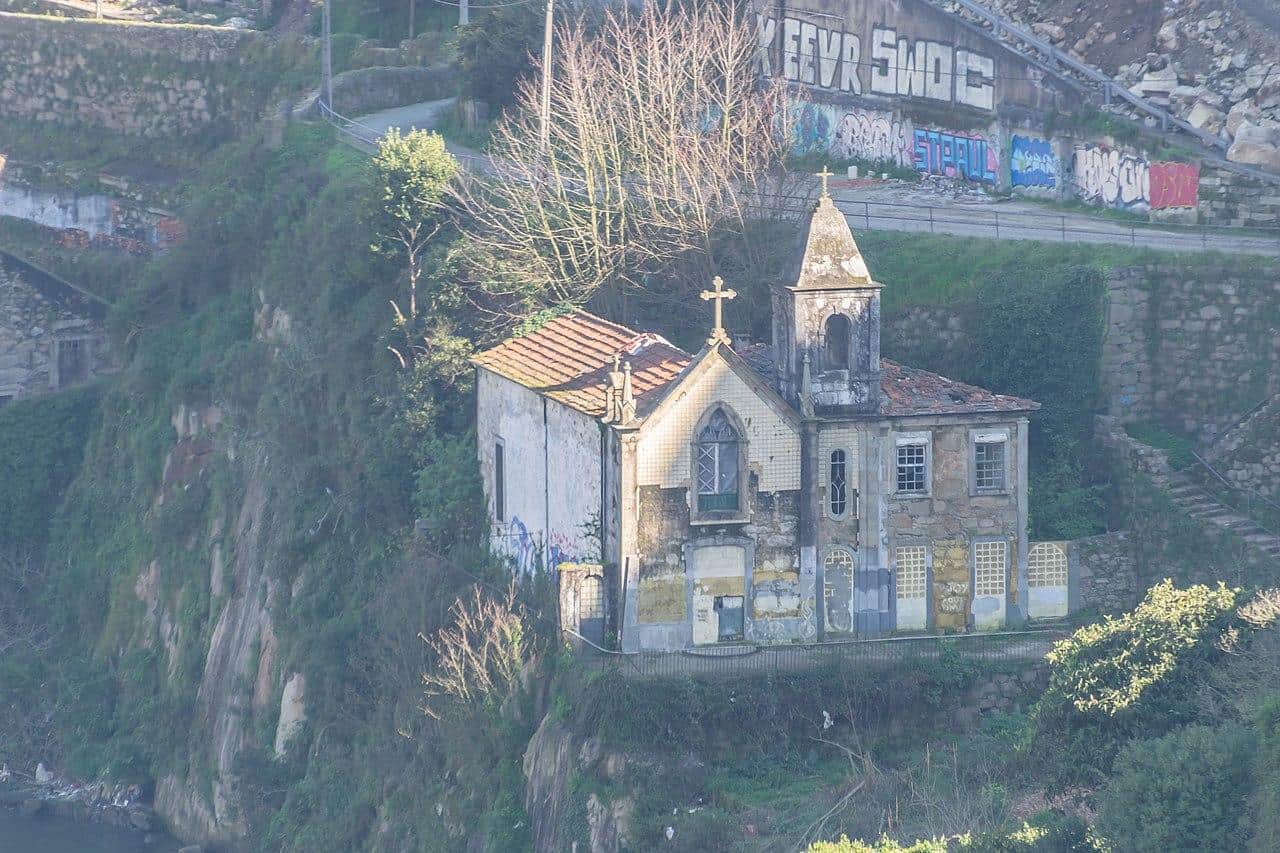 A frontal view of Capela do Senhor de Além

Facing the chapel is the abandoned ceramics factory, formerly Porto’s first hospice (built in 1738). During its heyday, it manufactured a plethora of ceramic items, of which the iconic azulejos tiles were the most renowned, embellishing many buildings across Porto, including the nearby chapel, which still has some of its original tiles.
Over the years, both buildings were abandoned, subsequently falling into a state of disrepair and becoming a victim of vandalism, nevertheless, this pair of architectural gems can still be appreciated and explored. Urbex enthusiasts will find it especially intriguing, and while the factory is practically accessible, the chapel was completely sealed, with its interior parts solely visible from a higher perspective through the collapsed roof. 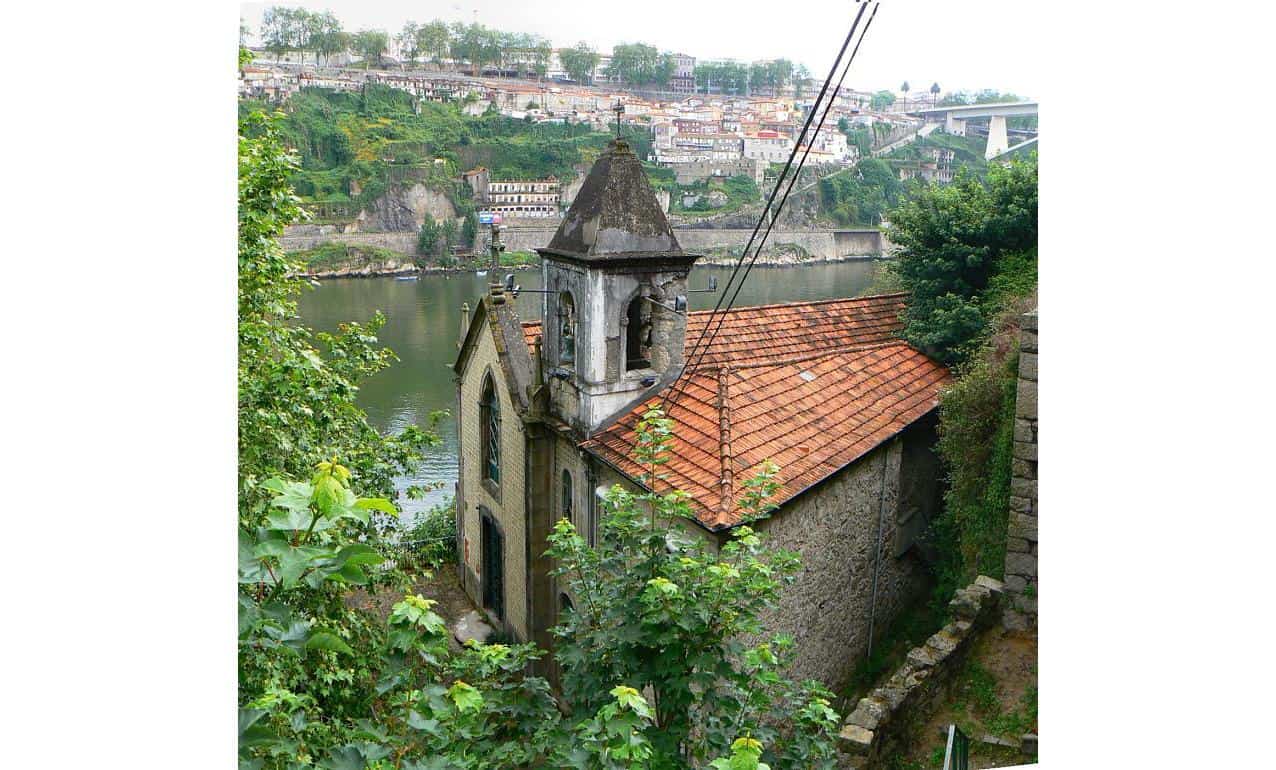 Stretching across 62 hectares along Douro’s river mouth, the Douro Estuary Nature Reserve is a piece of pristine nature surrounded by Porto’s urban sprawling.
The protected area serves a resting and feeding place for dozens of species of migratory birds, including white herons, cormorants, sandpipers, kingfishers, grey herons, bluethroats, ruddy turnstones and other kinds of waders. The abundance of flocking birds makes the reserve a great place for birdwatchers and nature photographers, so make sure to bring both your camera and binoculars. However, even if you aren’t a big fan of flying feathery critters, you’ll still fall in love with the remarkable natural scenery of marshlands and dunes, authentically preserved in the same form it was prior to the area’s massive urbanization.
The reserve’s entrance is via the visitor center in Av. Deoceliano Monteiro, from there you make your way through an elevated wooden walkway, that not only safeguards visitors from seasonal flooding and high-tide, but also protects the local fauna and flora from any harm that might be caused by humans. 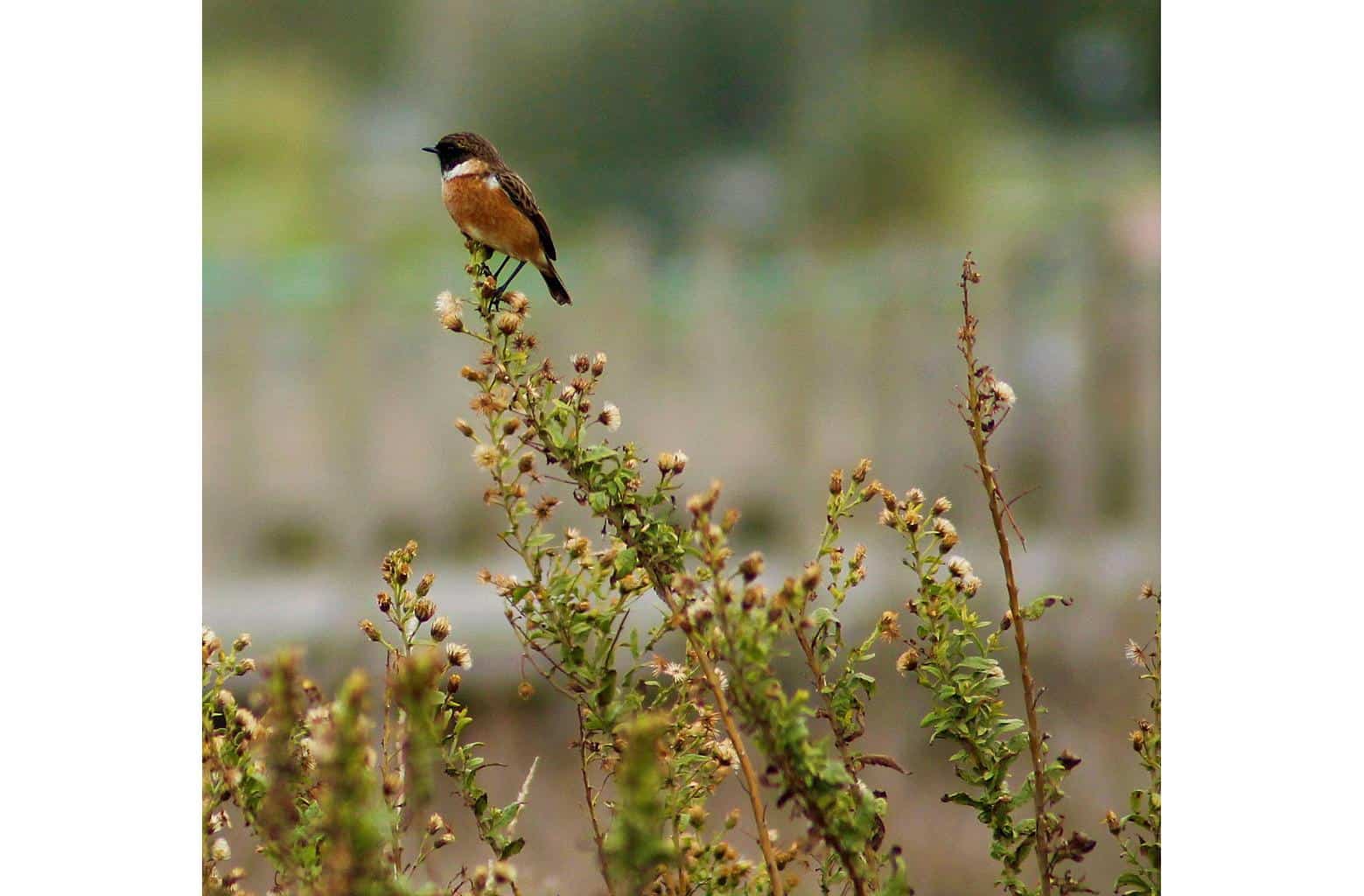 A stonechat perching on a stem in Douro Estuary Nature Reserve