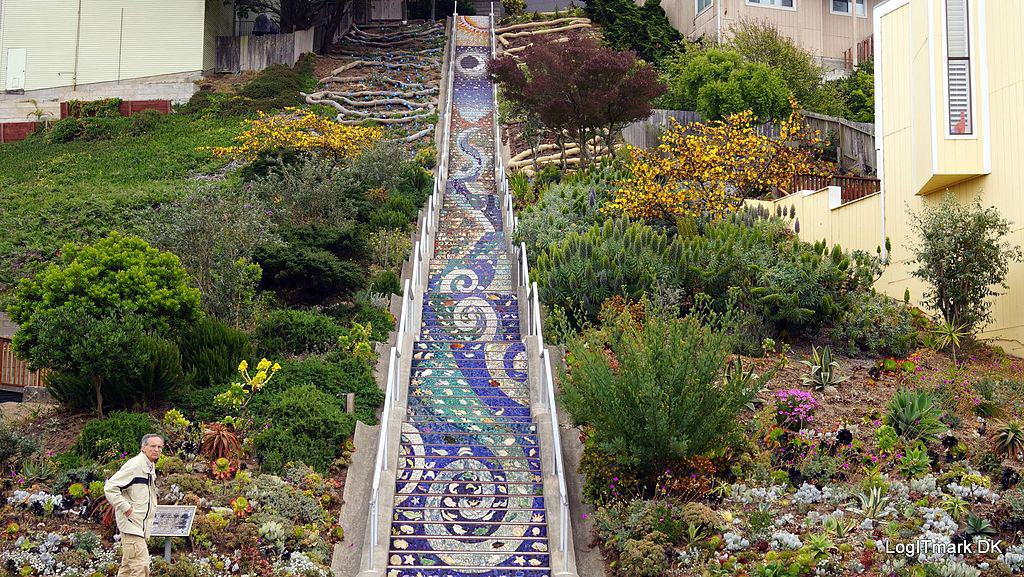 All over the world, public stairways are used as a measure to link two points which would otherwise be separated by topography. While in most cases this ubiquitous passage is purely functional, some staircases are glutted with ornaments, making them far more than a cluster of steps. Tucked away in a quiet neighborhood of San Francisco, the 16th Avenue Tiled Steps offers its climbers a scenic ascent complemented with colorful tiles and spectacular vistas. 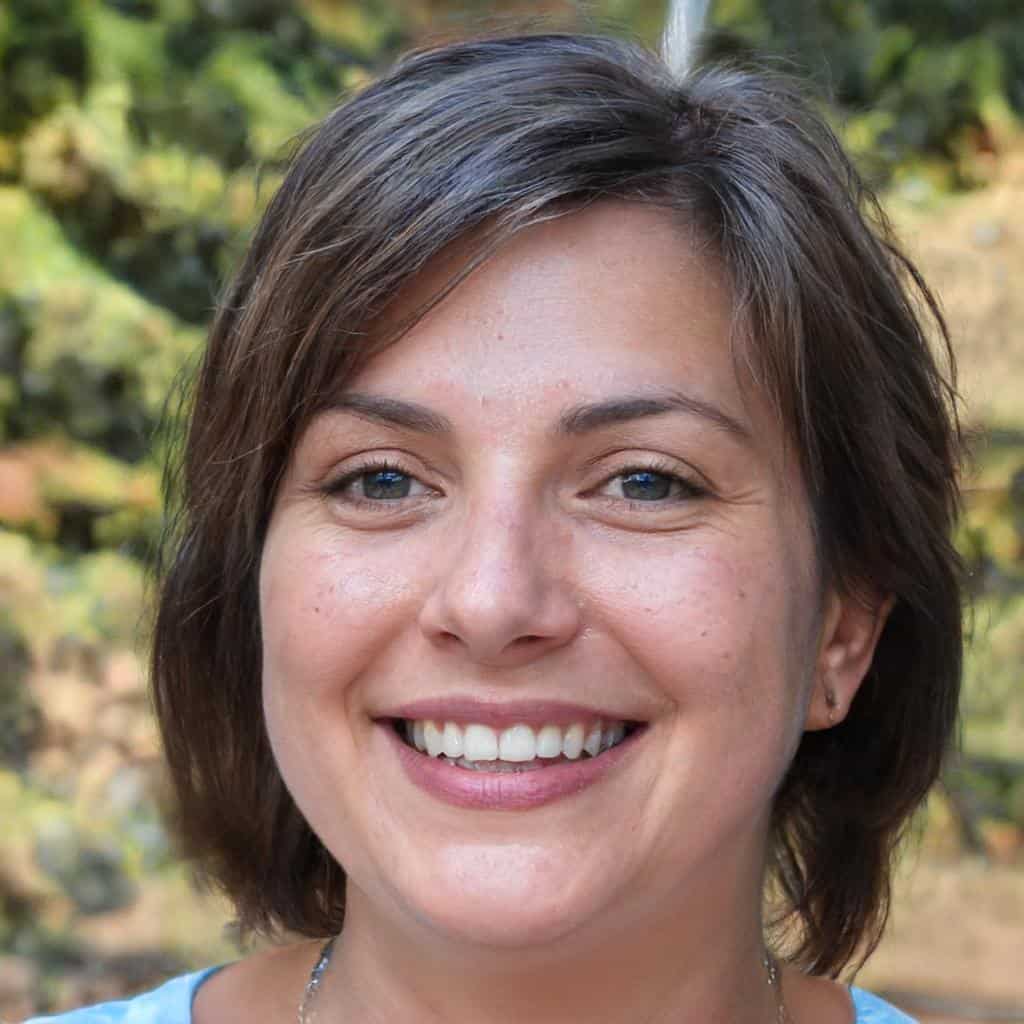 More often than not, stairways across cities merely serve a utilitarian role as an efficient way to connect downhill and uphill locations. Up until the 2000’s, the hillside passage linking Moraga Street with Grandview Park in San Francisco’s Sunset Neighborhood, was nothing but a series of unassuming concrete stairs ridden with graffiti and rubbish. That all changed in 2003, when a group of local residents sought to transform this otherwise decrepit staircase into a subtle work of art.

While the project was initiated by a pair of neighbors, Alice Yee Xavier and Jessie Audette, over 300 residents as well as a local workshop partook in the efforts to beautify the place. After a sufficient amount of funds was raised, a local mosaic artist Colette Crutcher and Aileen Barr, a ceramicist from Ireland, were entrusted with the ambitious face-lift.

In a matter of two years, the stairway between the 16th and 15th avenues, better known as 16th Avenue Tiled Steps, was refurbished and covered by more than 2,000 colorful tiles, including 75,000 individual pieces of stained glass, ceramics and glass. The end-result was a breathtaking mosaic across 163 steps, each of which was intricately decorated to create a coherent story that spans throughout the entire stairway.

At its lower sections, the staircase is covered by a smattering of fish, shells and other sea-dwelling critters, depicting the abyss of the ocean. The stairway’s upper parts on the other hand are chockfull of birds, stars and most conspicuously, the sun and moon. To make things even better, the hundreds of tiles reflect both the sunlight and moonlight, and as such, magnificently glitter during the night and dusk.

The journey from the depth of the sea to the outer space is accompanied by a medley of native flora, planted on both sides of the steps. Apparently, the ample vegetation serves as a habitat for a couple of animal species, most notably the green hairstreak, a tiny butterfly famed for its delicate green wings. 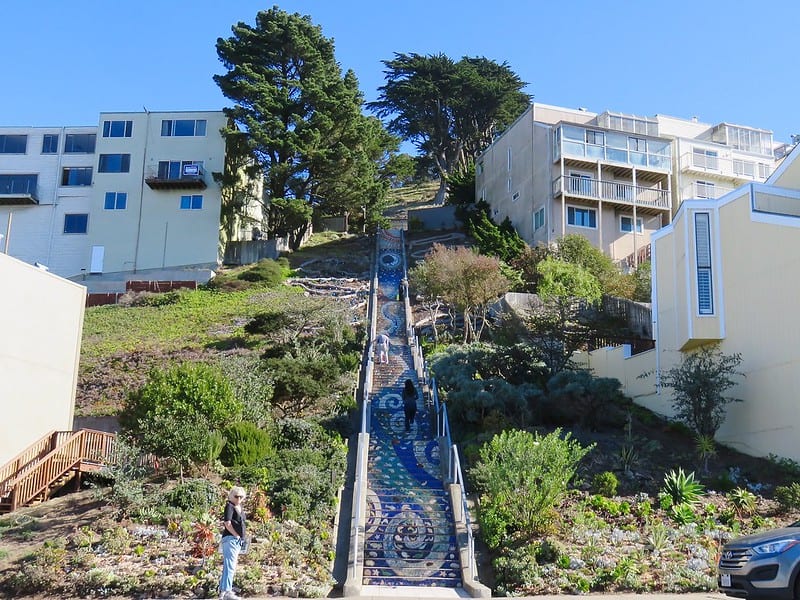 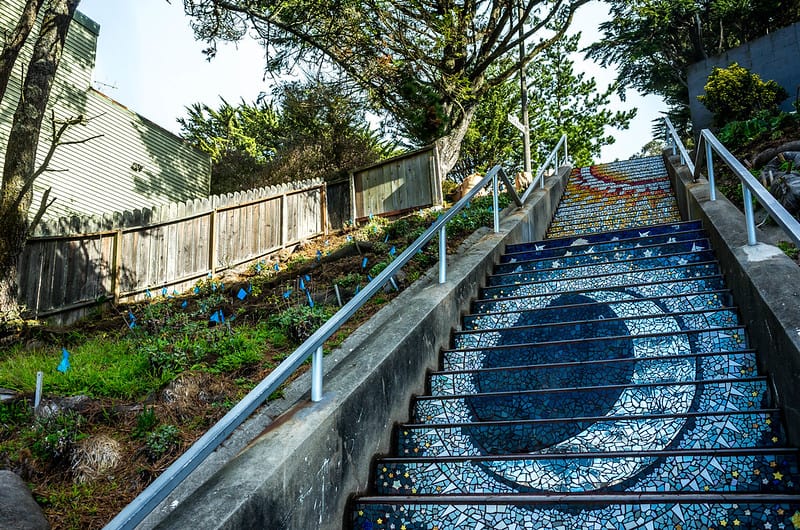 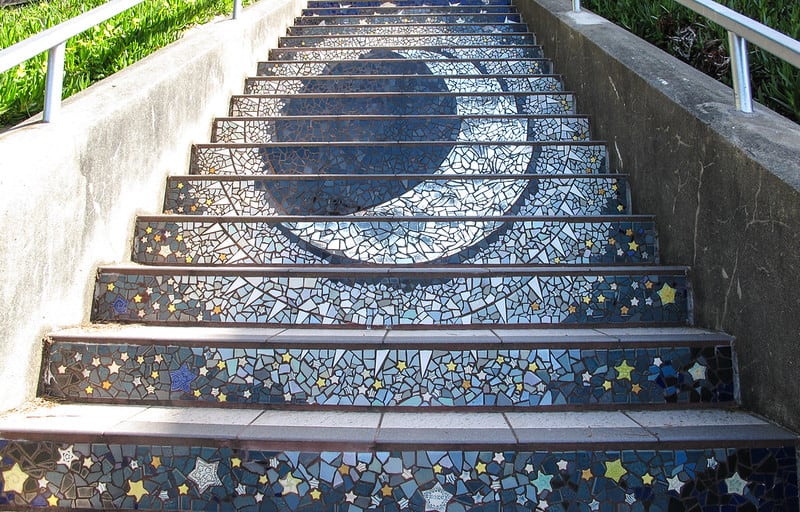 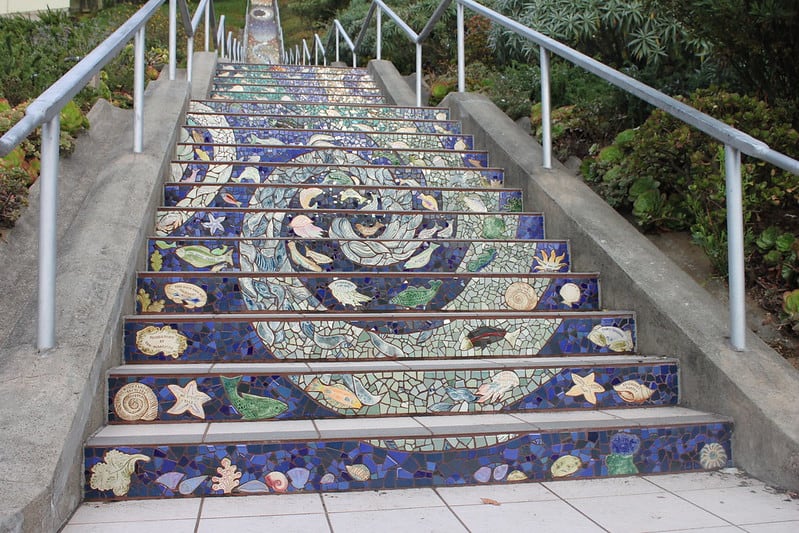 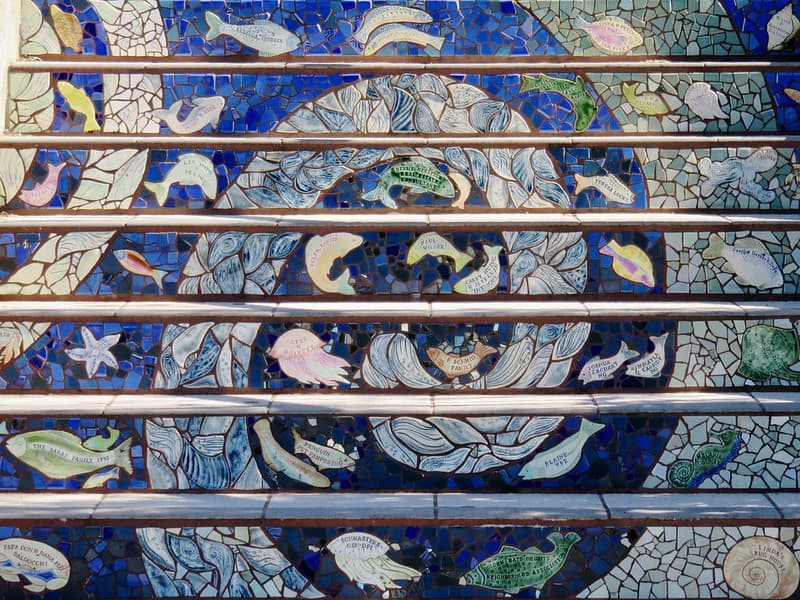 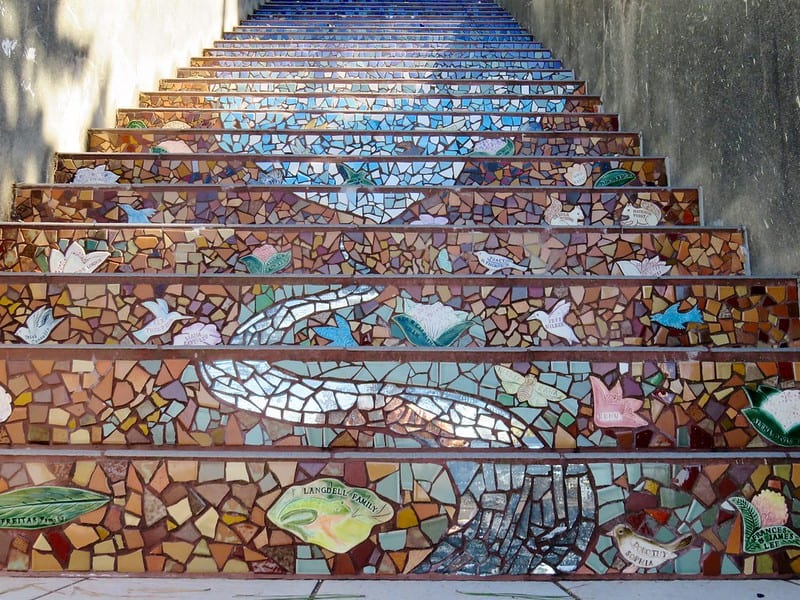 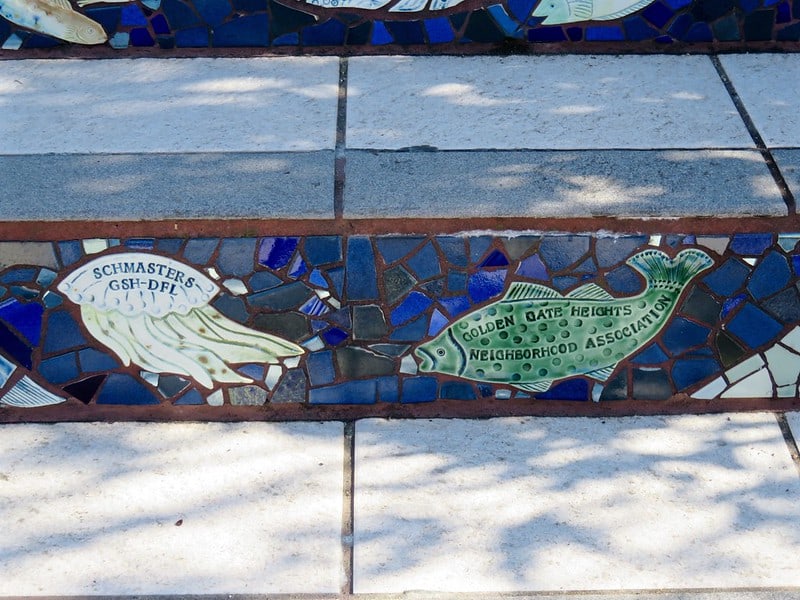 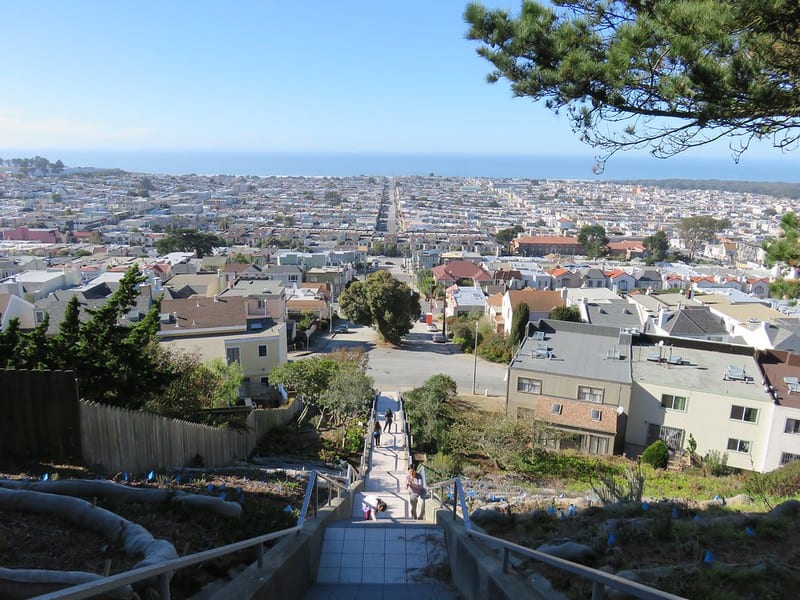 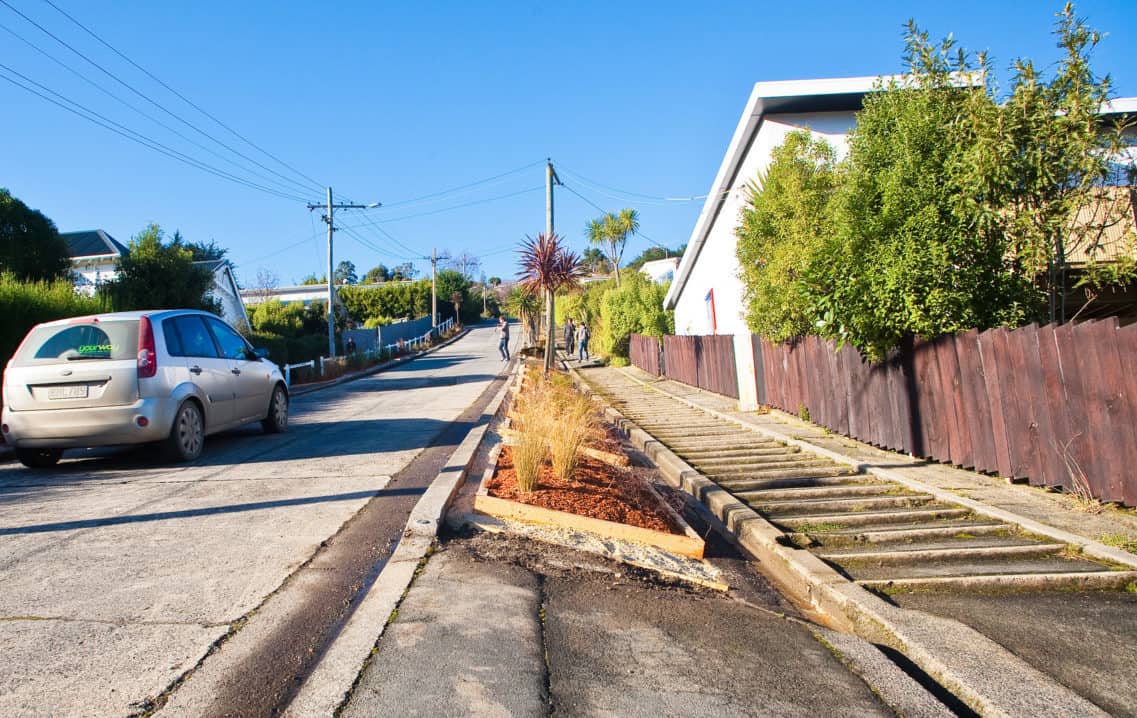 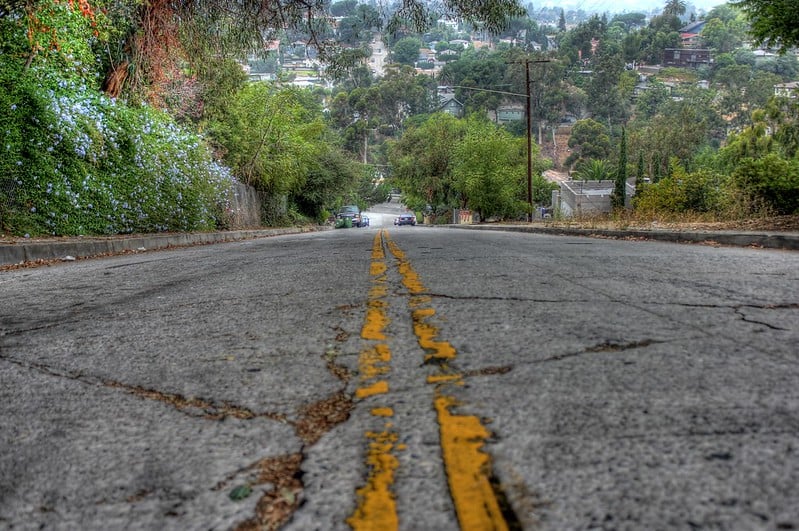 The 5 Steepest Streets in the World
ExtremitiesRuralUrban View all 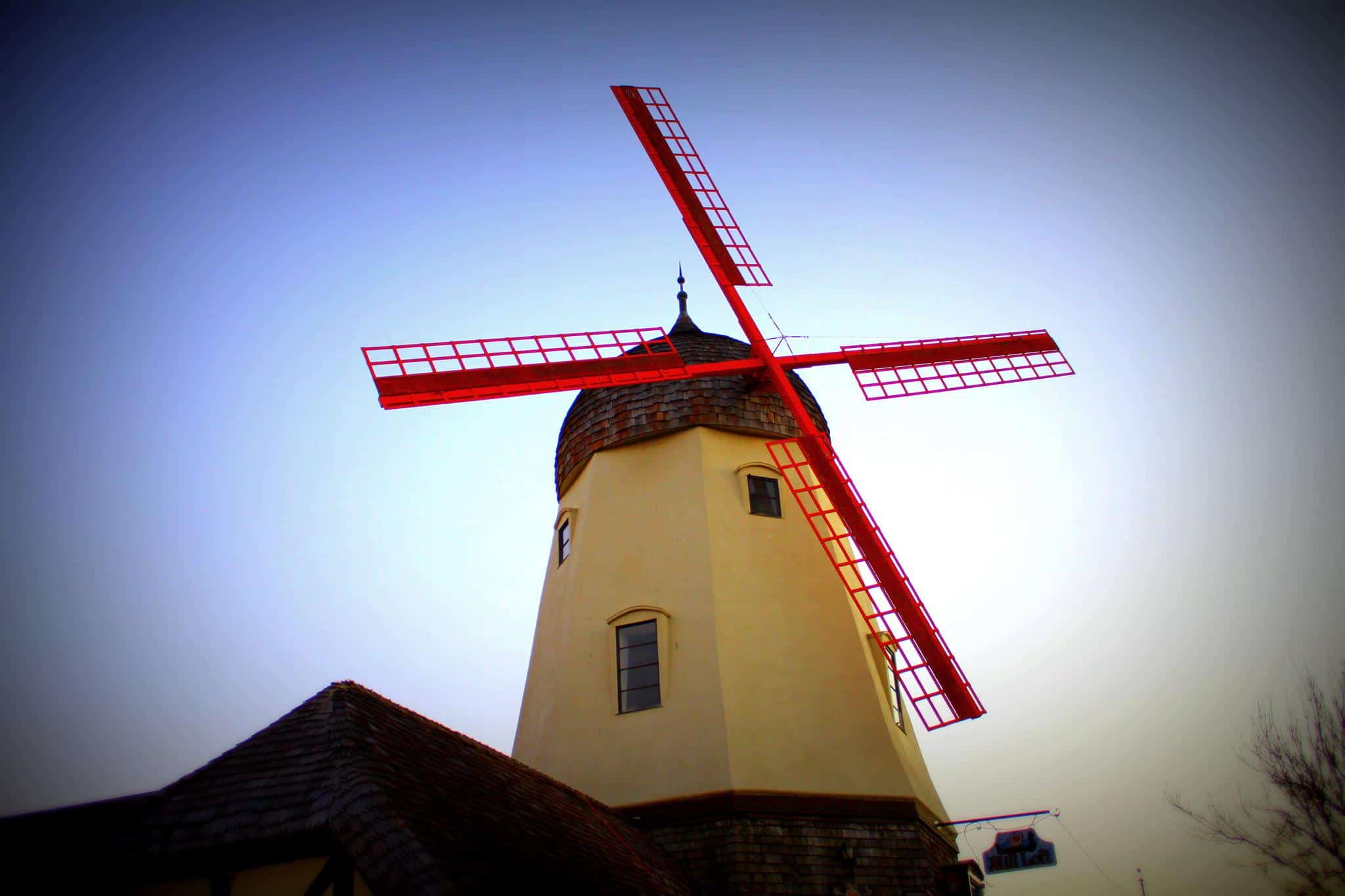 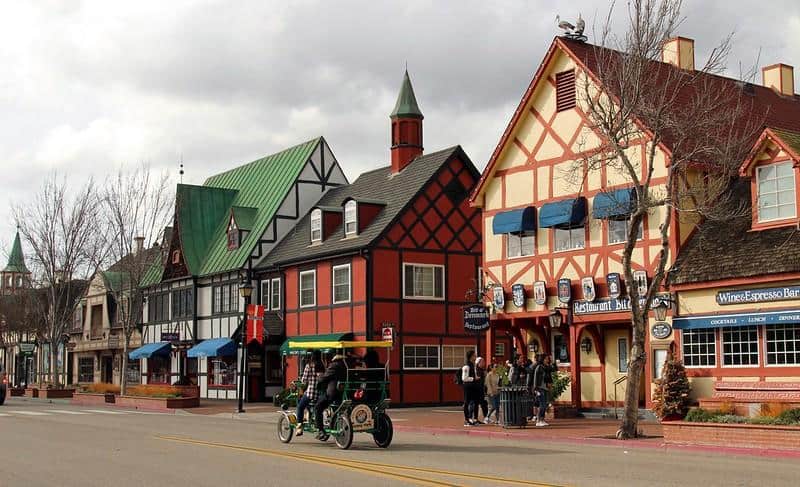