The 5 Most Remote Inhabited Islands in the World 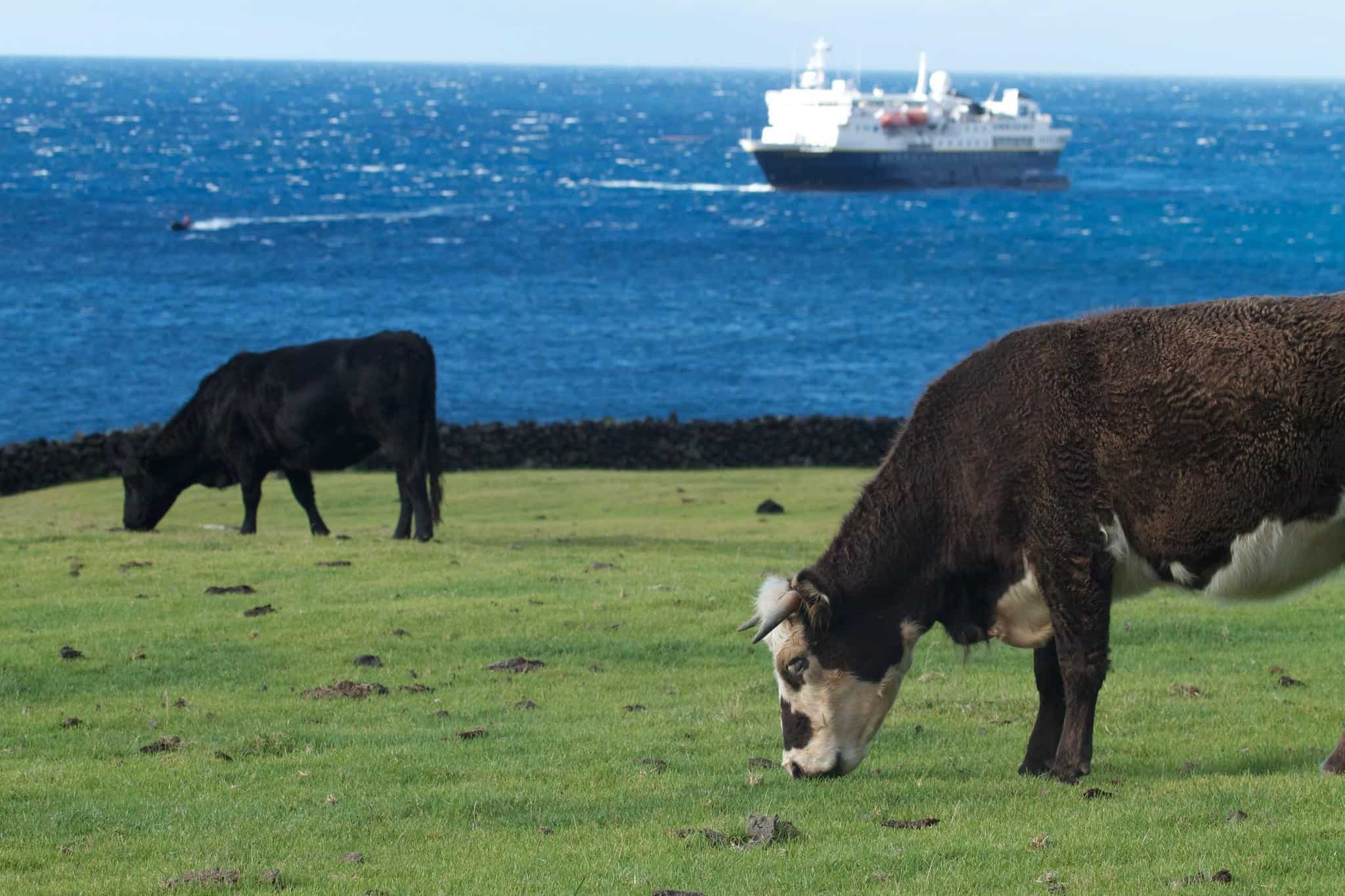 Cows grazing on the island of Tristan da Cunha

Since the dawn of humanity, the sheer vastness of the oceans shaped our culture and insulated certain nations from outside influence. While there are plenty of isolated communities on faraway and inaccessible islands, some small specks of land stand out as truly remote in every sense of the word, almost completely cut off from the rest of the world by enormous blue emptiness. We’ve gathered five of the most secluded yet inhabited islands in the world, exploring how their remoteness determined their destiny, for the better and worse. 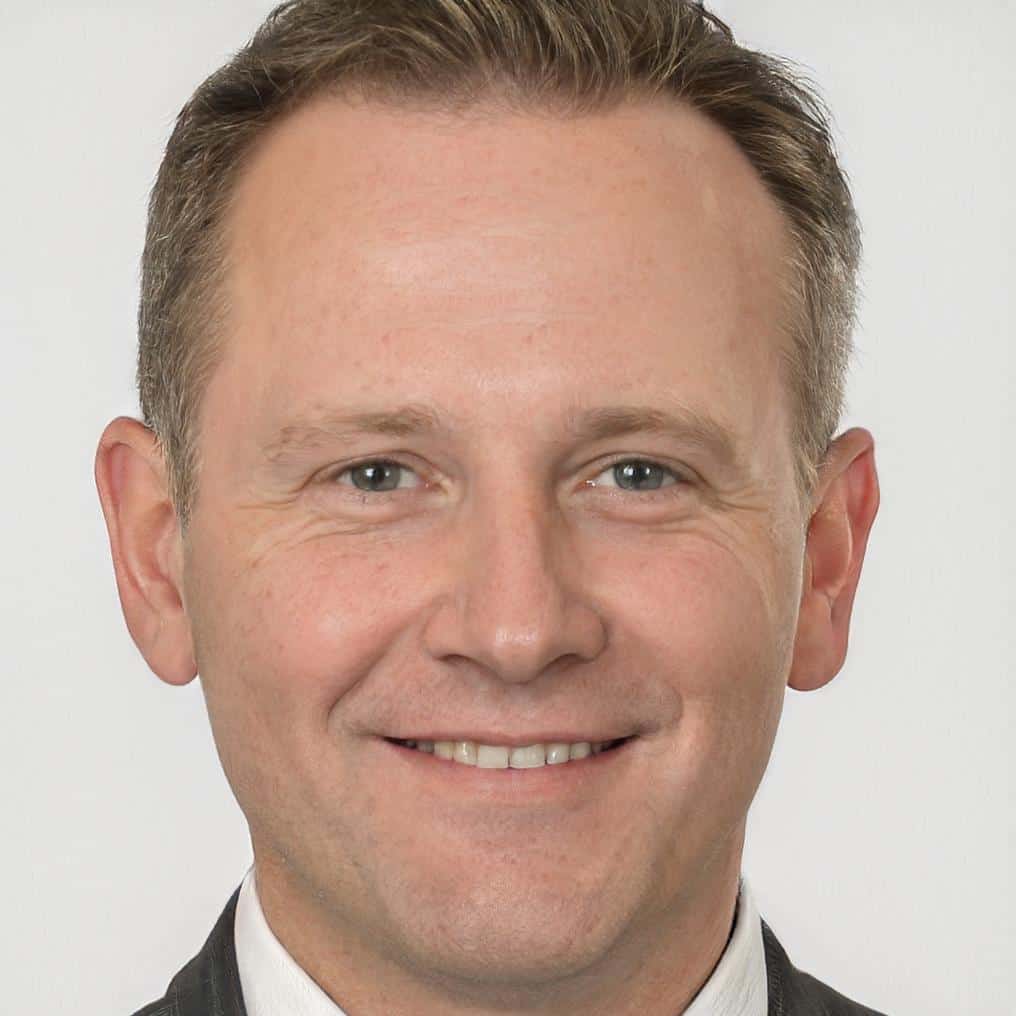 The third smallest and second least populated country in the world, the single-island nation of Nauru is perhaps the most isolated sovereign state on earth, located at about 300 kilometers from the nearest land mass, Banaba Island in Kiribati. Its extreme remoteness and small population figures are translated to a ridiculously low number of flights connecting the island with the outside world, making it also the least visited country in the world with merely 200 tourists annually.
With all that said, it might come as a surprise but Nauru, despite its isolation and lack of any sort of industry, was one of the richest countries on earth in terms of GDP per capita during the late 1960’s and mid 1970’s, thanks to its formerly abundant phosphate deposits, the result of seabird droppings being accumulated over a long period of time, known also as guano. 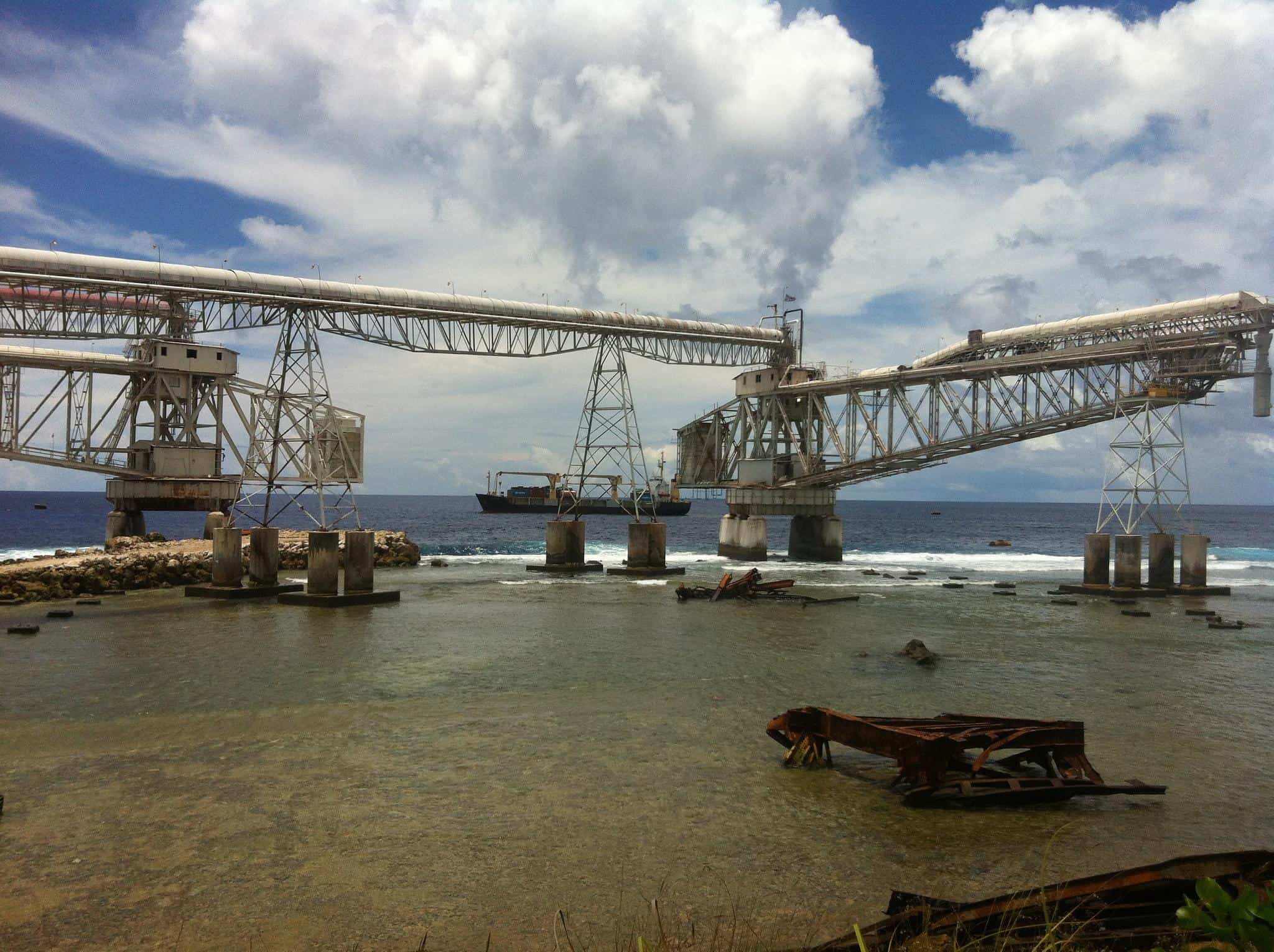 Unfortunately for the islanders, the bird poop prosperity was short lived as the phosphate mines were depleted rapidly, leaving the country economically crippled ever since. As a matter of fact, the Nauruan government notoriously replaced its main source of income from phosphate mining to housing migrants, caught by the coastguard while attempting to unlawfully reach the Australian shores, consequently deported to a migrant camp in the faraway island waiting for their asylum request to be processed.
The over-mining of phosphate had another unintended consequence, when most of the island’s arable lands became useless, forcing the local government to import most of its food items, the majority of which is unhealthy, resulting in the country being the fattest in the world with 61% obesity rate.
However, if you thought that everything is doom and gloom, think again, while its isolation might hinders any economic development in the foreseeable future, it also shields the country from major global events such as military conflicts and pandemics, evidently, Nauru had no recorded cases of the novel coronavirus as for October 2020. 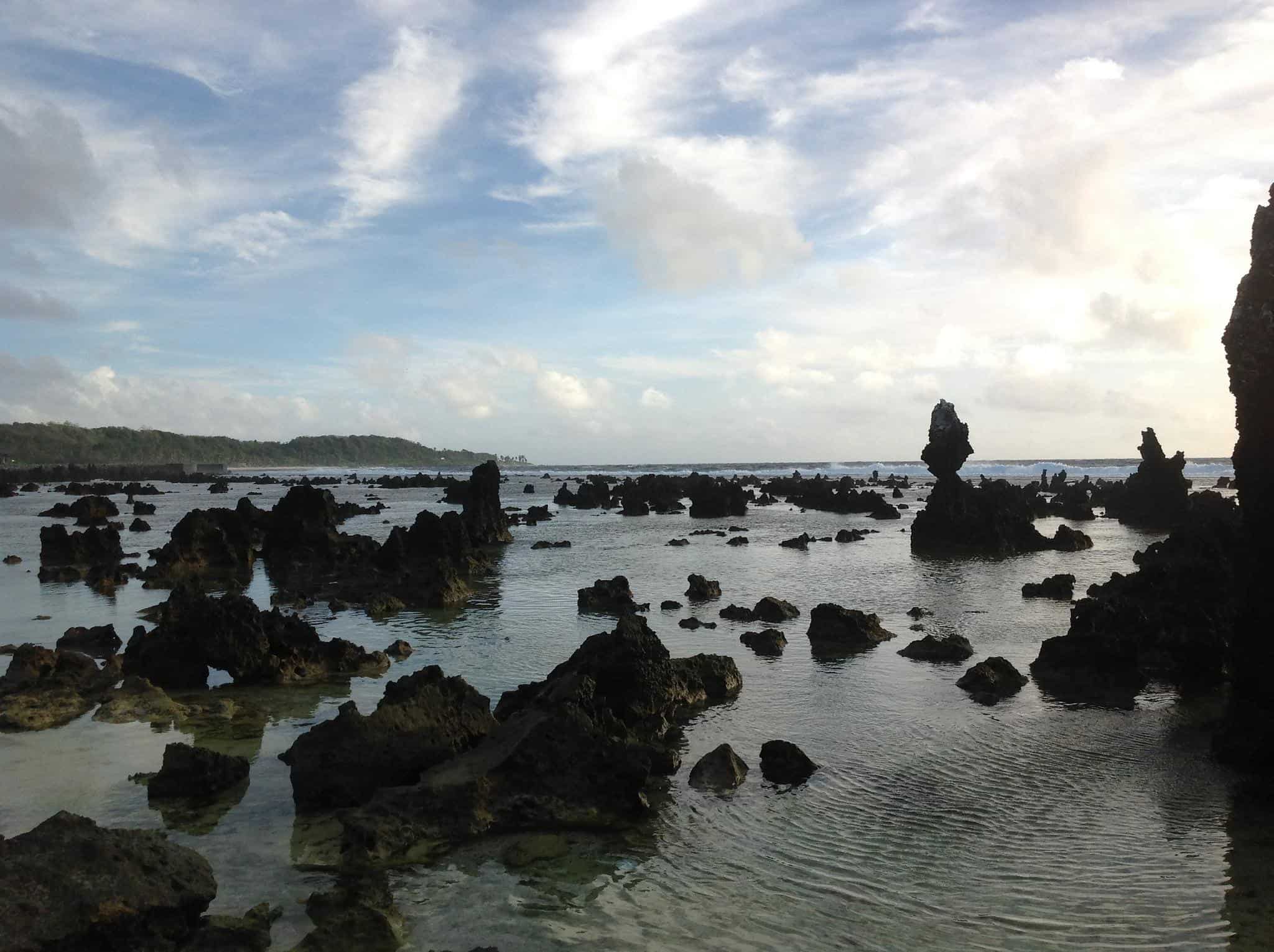 The coral pinnacles of Nauru

Tucked away at the South Atlantic Ocean, the island of Saint Helena is part of the British overseas territory of Saint Helena, Ascension and Tristan da Cunha, all of which are remote islands jutting out of the blue Atlantic wilderness.
Located roughly 2,000 kilometers off the coasts of West Africa, the island historically served as a major stopover for ships making their way from Asia to Europe and vice versa, making it once an indispensable geographic asset for European maritime powers, as prior to the British rule, Saint Helena was partly colonized by the Dutch and Portuguese, leaving few architectural evidences behind, blended into the island’s settlements and landscape. The introduction of steamships on the one hand and the opening of the Suez Canal on other hand diverted much of the naval traffic to other routes, relegating the island to a distant and insignificant colony of the British Crown. 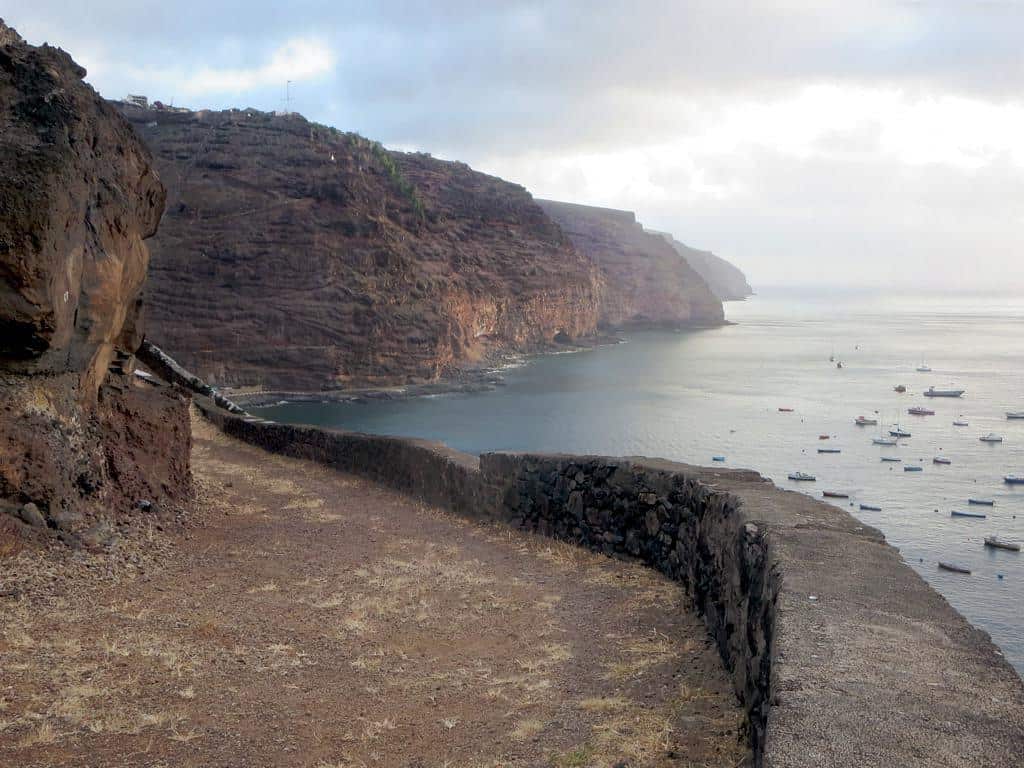 Yet, perhaps what the island is most famous for is being the place where Napoleon Bonaparte spent the last years of his life following his defeat in the Battle of Waterloo, and the ensuing exile by the British army. His then residence, the Longwood House, currently functions as a museum, owned by the French government and pilgrimaged by a handful of history enthusiasts.
Just until recently, Saint Helena was linked to the rest of the world solely by a 5 days non-frequent shipping route from Cape Town, therefore only dedicated travelers bothered making this lengthy and treacherous journey. Nowadays, the newly constructed airport somewhat mitigates the island’s sheer remoteness as it offers a regular air service to South Africa, Ascension Island and possibly London via Gambia in the near future. Interestingly, each scheduled flight attracts dozens of local islanders who flock in masses to watch the landing and the short after take-off. 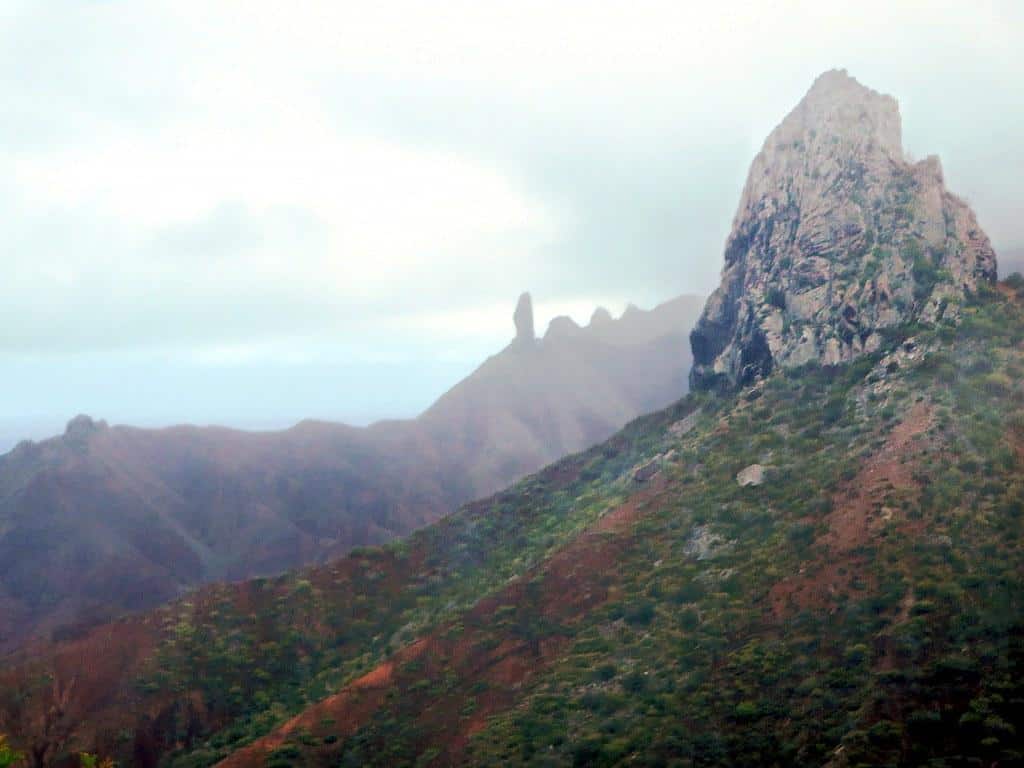 At first glance, Russia and the United States seem like far away apart from each other, geographically speaking, therefore it might come as a surprise that the two countries are separated by less than 4 kilometers at their closest point, the Diomede Islands, a pair of extremely remote and inaccessible islands at the far reaches of the northern hemisphere.
While the eastern and smaller Island, known as Little Diomede is part of the US, its larger counterpart, Big Diomede, is under Russian sovereignty, making the maritime border between the two nations also a continental one. The islands were inhabited for thousands of years by a local Inuit tribe, moving freely between the two isles up until Alaska was purchased by the US, subsequently establishing an international border, separating the islands apart. Each winter when the sea water surrounding the islands freezes, it’s theoretically possible, albeit illegal, to walk from the US into Russia, making it the only land border between the two nations and continents. 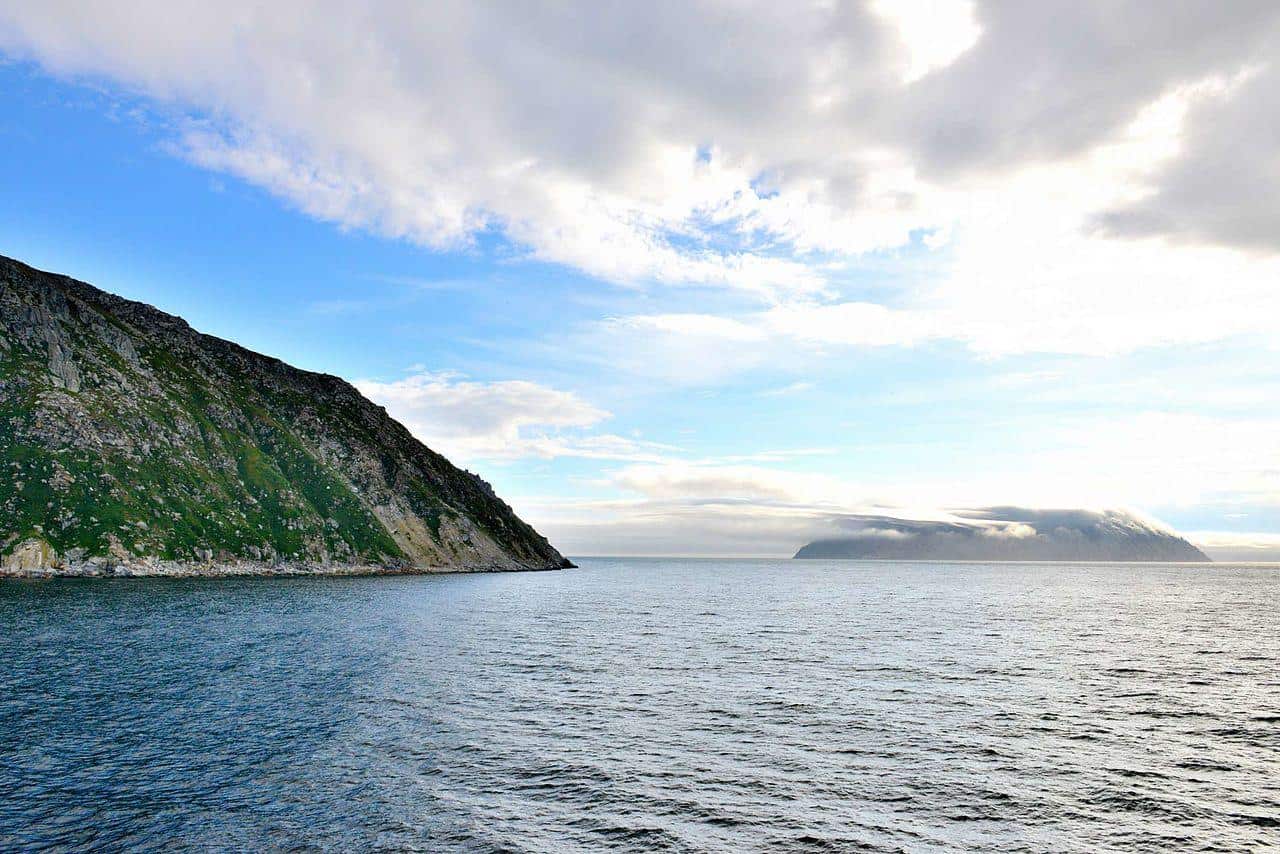 Interestingly, this border doesn’t only function as an international and intercontinental barrier, but also divides between two completely different time-zones. Separated by 21 hours, Little Diomede and Big Diomede are often referred to as yesterday and tomorrow islands respectively.
During the cold war, the entire population of Big Diomede was relocated to Mainland Russia to make room for a military base, thus making the town of Diomede in Little Diomede the only settlement in the islands. Inhabited by 120 people, the tiny village is one of the most isolated communities in the US, so remote in fact that the only way in or out is by a helicopter service from nearby Nome, moreover, Diomede is the only US settlement where mail is delivered by helicopter, costing roughly 300,000 dollars a year. 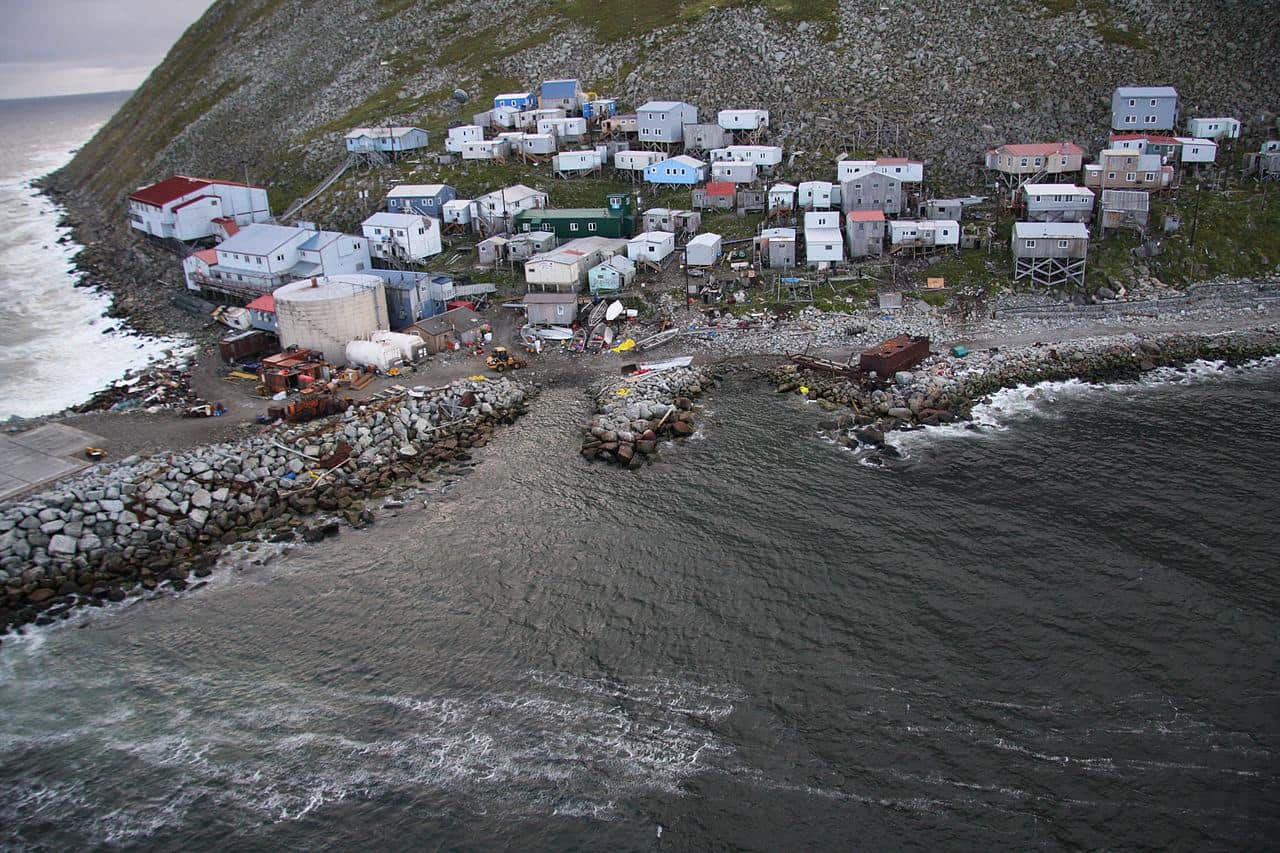 The village of Diomede

Inhabited by merely 50 people, the British overseas territory of Pitcairn Island is the least populated national entity in the world, 16 times smaller than the Vatican City, the smallest sovereign country on earth. Despite its miniscule size, mind-boggling remoteness and economic insignificance, this south Pacific archipelago of four islands is globally recognized for being the place where nine MS Bounty mutineers and 14 Tahitian women settled following the infamous mutiny in 1789, forming a unique biracial ethnicity with its own cultural customs and language known as Pitkern, incorporating both English and Tahitian.
Of the four islands constituting the Pitcairn Islands, only one, Pitcairn Island, is currently inhabited, while the other isles are dominated by nature, serving as home for endemic species of flora and fauna. Historically, its isolation and lack of resources resulted in a mass emigration of Pitcairn islanders to Norfolk Islands, where even to these days large percentage of the population has Pitcairnese ancestry. 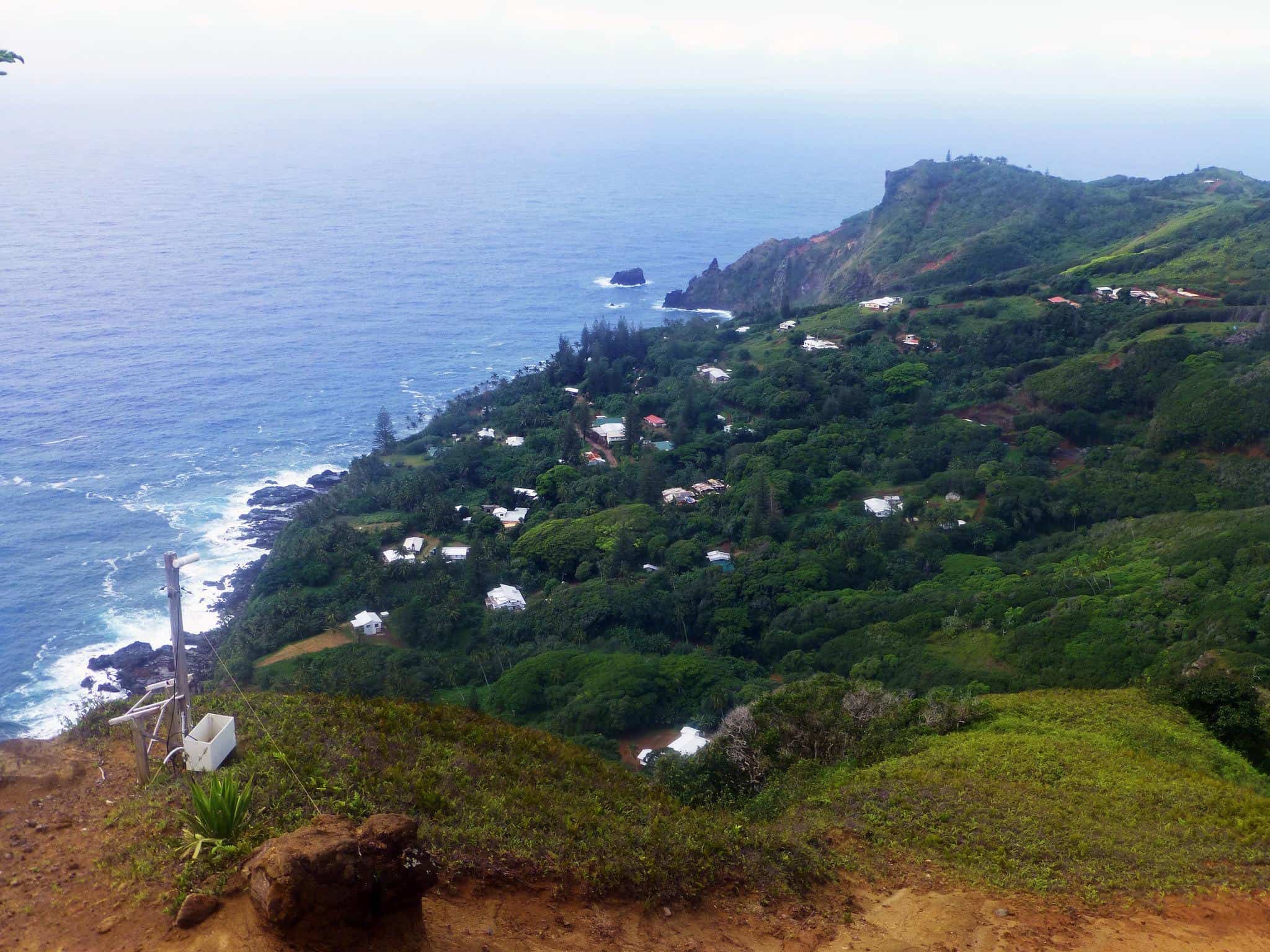 You’ve probably guessed by now that the Pitcairn Islands are not exactly an industrial powerhouse, yet the locally produced honey is not only exceptionally high quality due to the absence of pesticides and diseases affecting bees, but also considered as the favorite type of honey by Queen Elizabeth II and the entire royal family, purchasable online and in some premium shops in London.
The island has no airports and located hundreds of kilometers from any inhabited land mass, making it one of the most difficult places to access worldwide, however, true adventurists unlimited by time and costs can get there on board MV Silver Supporter, Pitcairn’s sole freight vessel, making the long round trip from Mangareva Island in French Polynesia every couple of the days.
Take note that as for 2020, the passenger service to the Island is suspended temporarily due the Covid-19 pandemic (until April 2021). 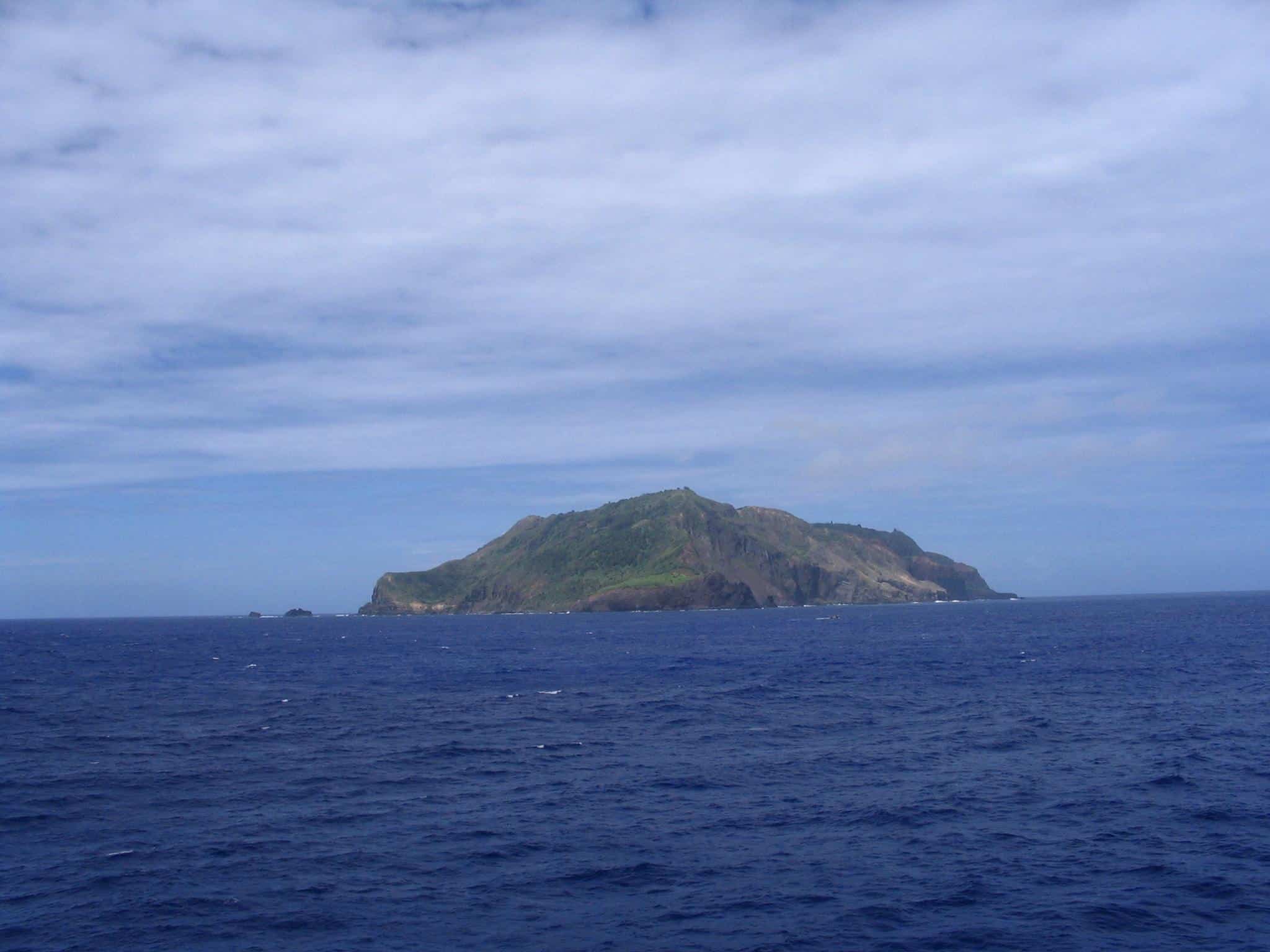 Pitcairn Island from a distance

If an unsuspecting traveler could be teleported into Tristan da Cunha main island, he or she would probably misidentify it as a typical Scottish island, given its grassy landscape and roaming sheep, but don’t let the looks deceive you, since this South Atlantic archipelago is located midway between Africa and South America, roughly 2,800 kilometers from the nearest continental land-mass, making it by far the most remote inhabited island anywhere on earth.
Named after the Portuguese explorer who discovered it, Tristan da Cunha is part of the British overseas territory of Saint Helena, Ascension and Tristan da Cunha, and consists of several islands and islets, of which only Tristan da Cunha Island is inhabited, home to 250 people, all living in the archipelago’s sole settlement, Edinburgh of the Seven Seas, which surprisingly has many amenities of modern life like electricity, internet and even a local pub. 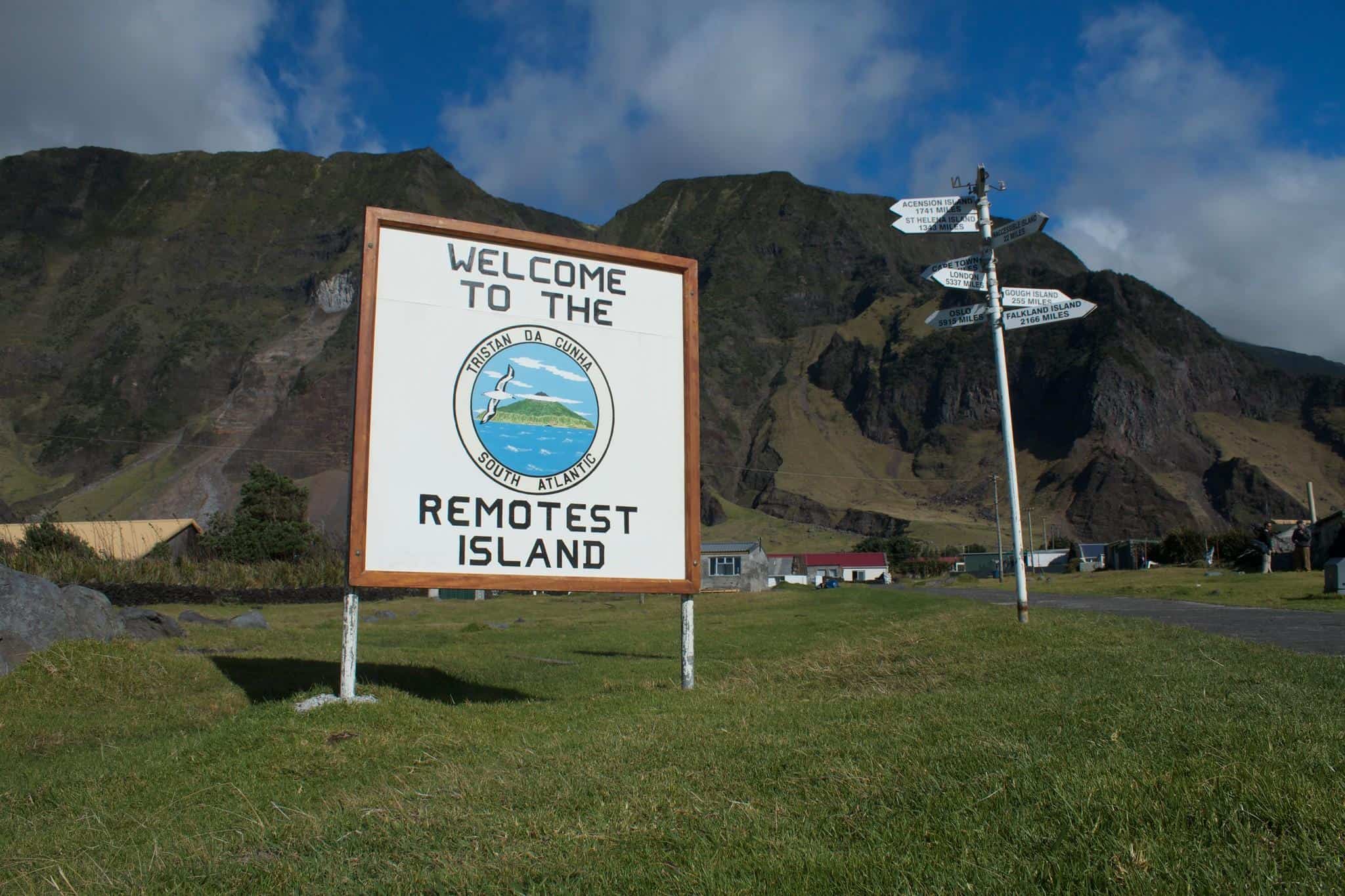 The main island is dominated by the Tristan Volcano whose last eruption in 1961 forced the entire island’s population to temporarily relocate to England for two years, though luckily the town remained almost intact. The mountain itself is climbable, yet its 2,062-meter summit entails organized guidance and an intense physical fitness to some extent.
Like Saint Helena, the island became extremely isolated following the inception of the Suez Canal, so much so, that the islanders, despite numbering less than 100 just until the 20th century, developed their own English dialect and way of saying basic things, making any modern day conversation with locals hilariously interesting.
Take note that any journey to this remote speck of land requires at least a year of pre-planning, as the absence of any airport on the islands means that the only feasible way of getting there is by hitching a ride on one of the supply vessels making their way from Cape-Town, typically 9-10 times annually, while each trip can last as long as 10 days. For more details visit the official Tristan website or contact via admin@tristandc.com. 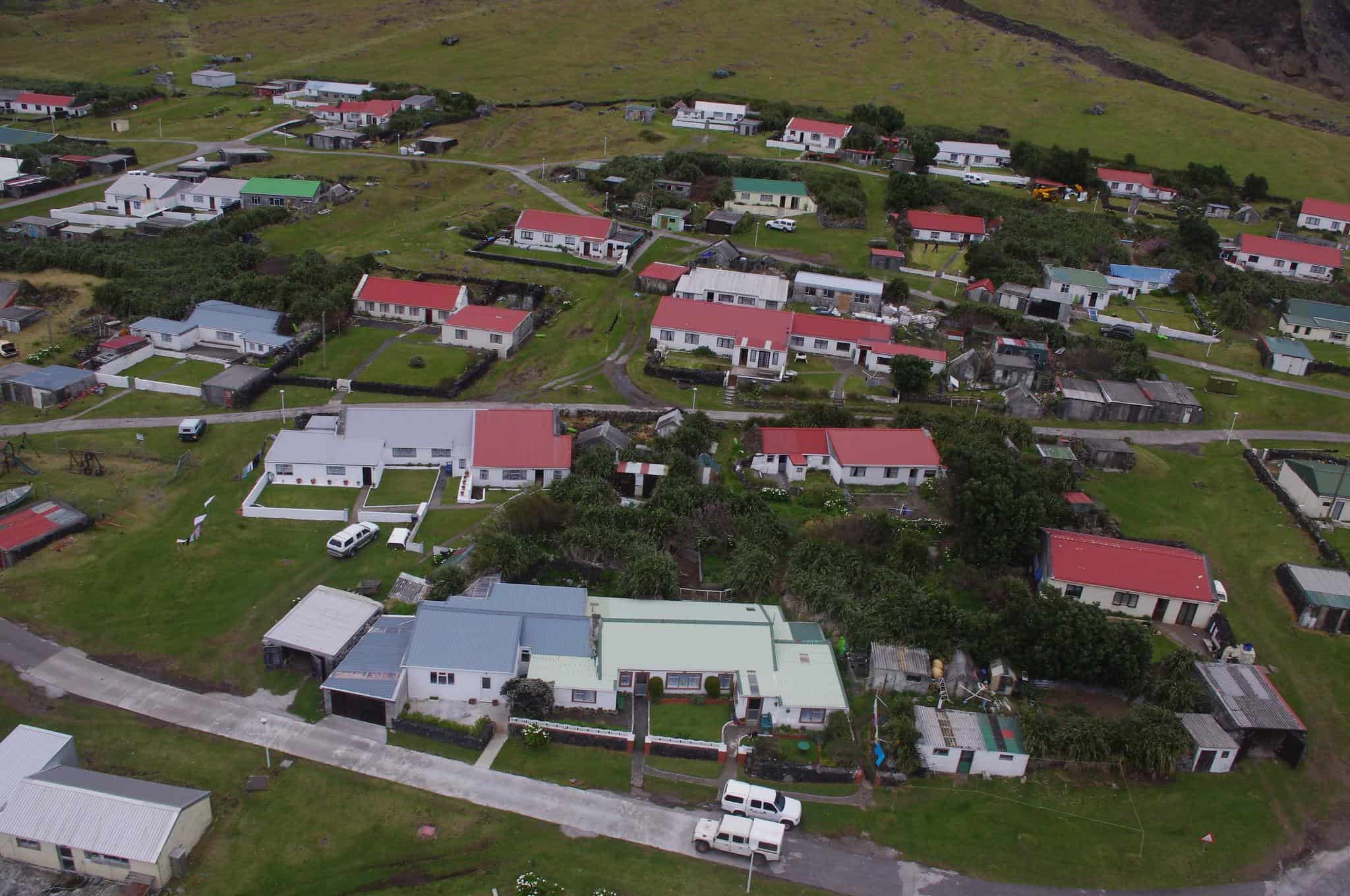 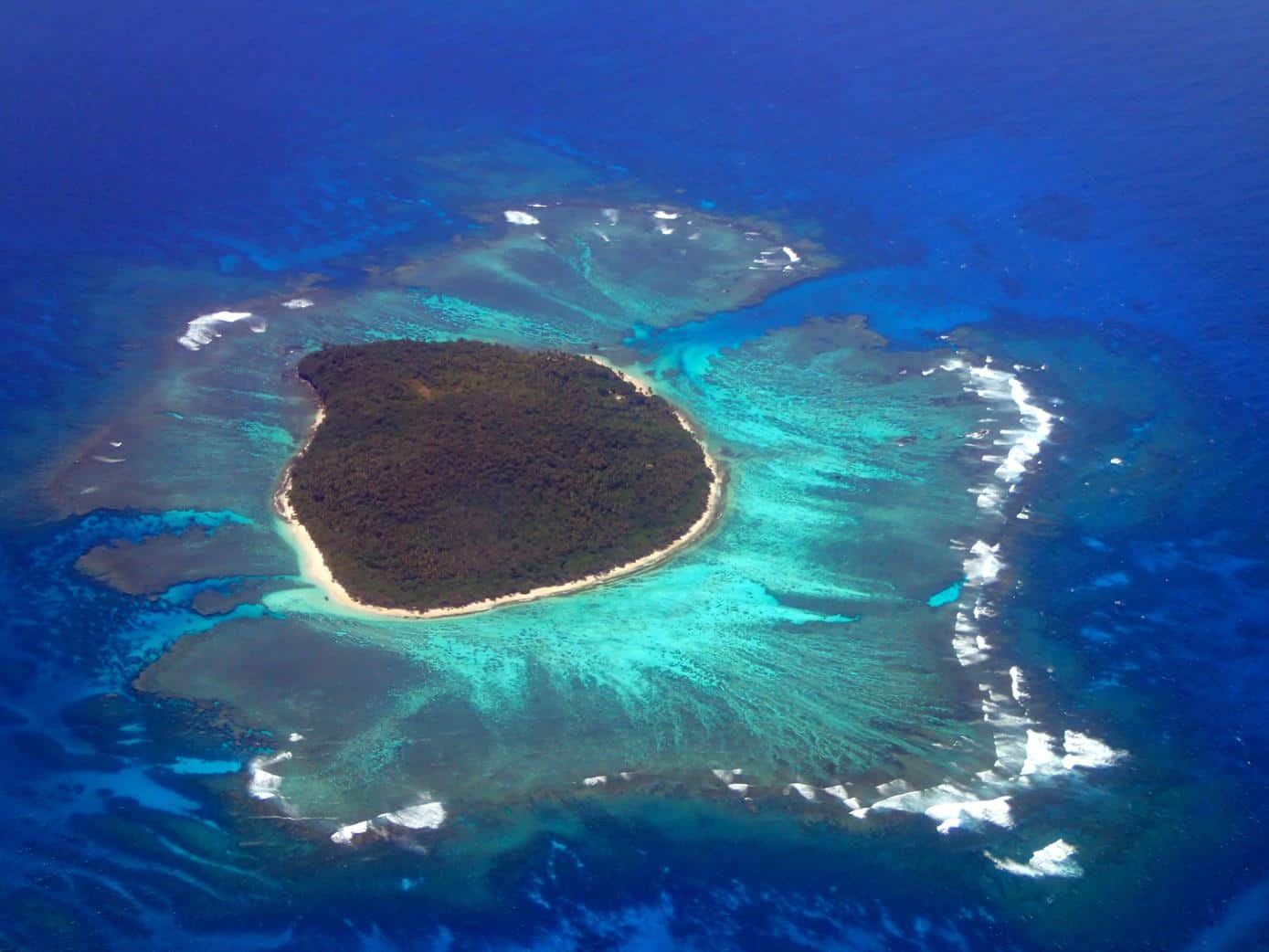 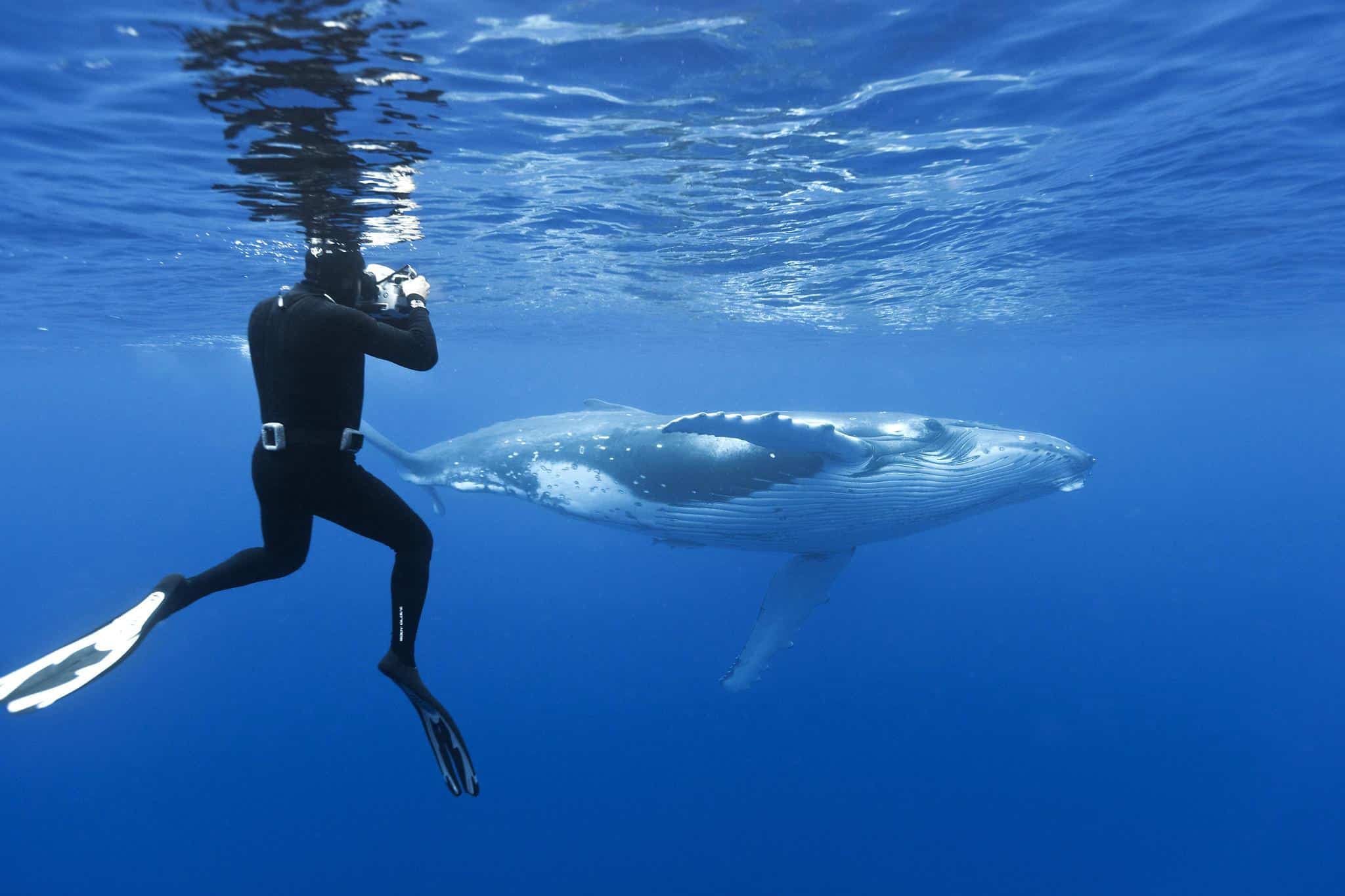 7 Things to do in Tonga
GuidesUnusual placesAustralasia & Pacific View all 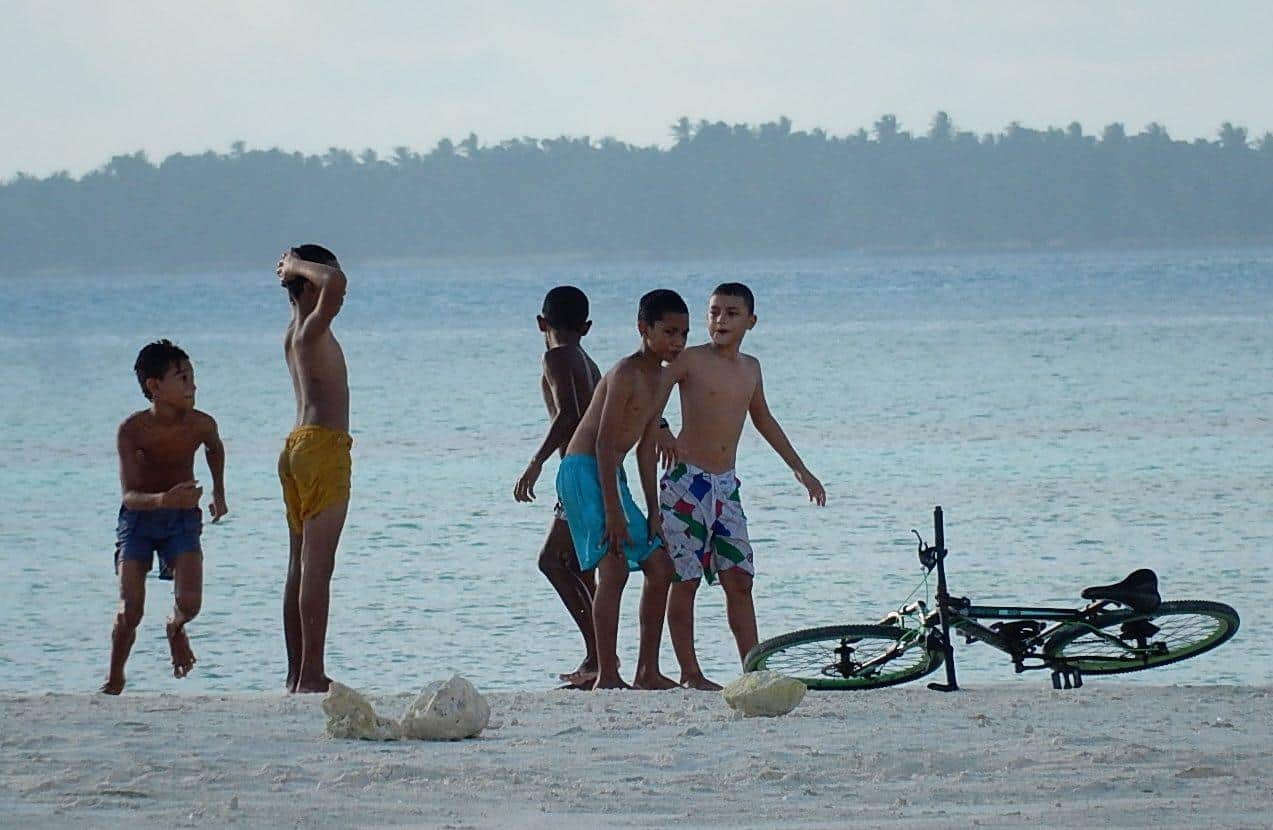 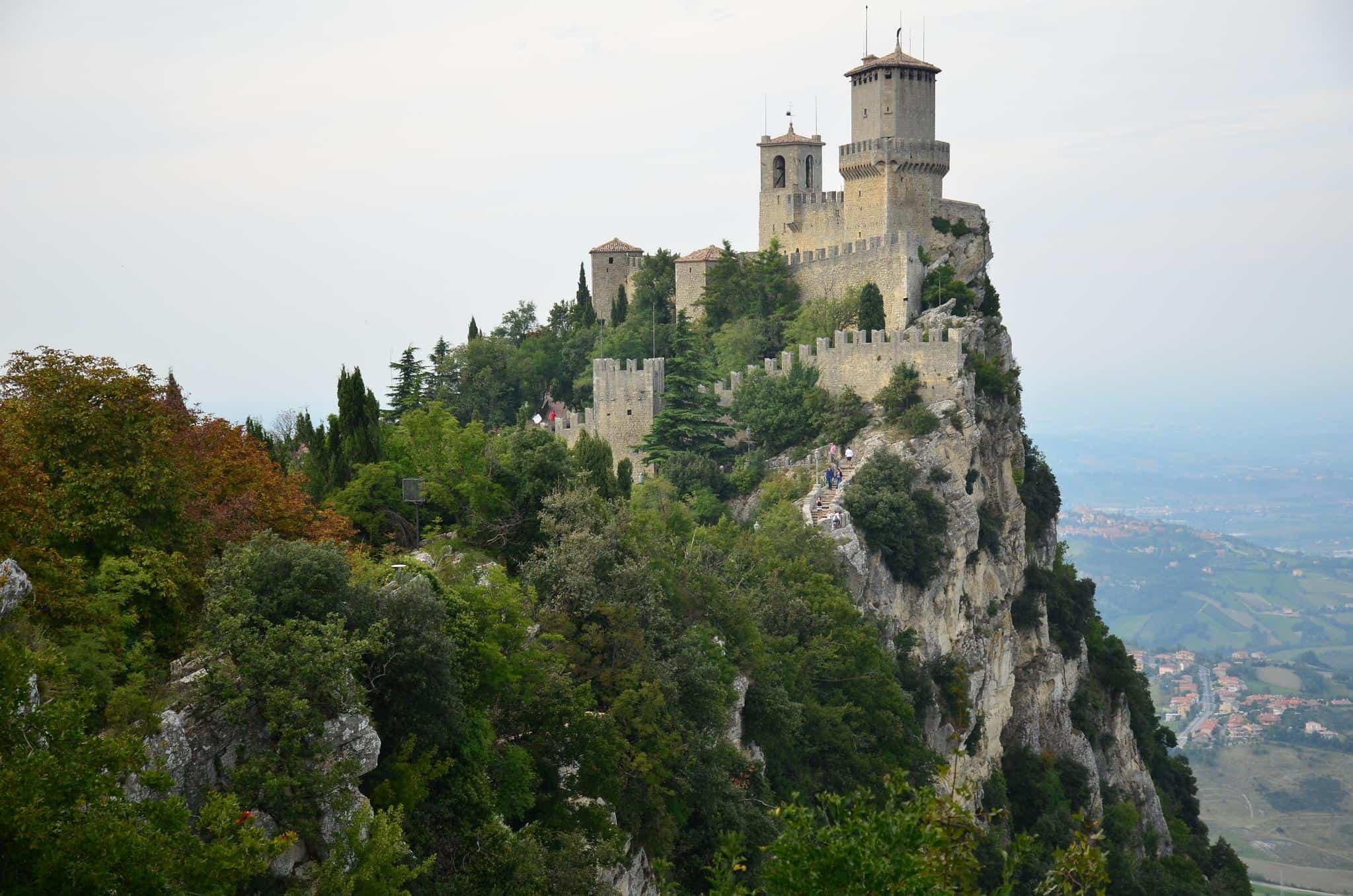 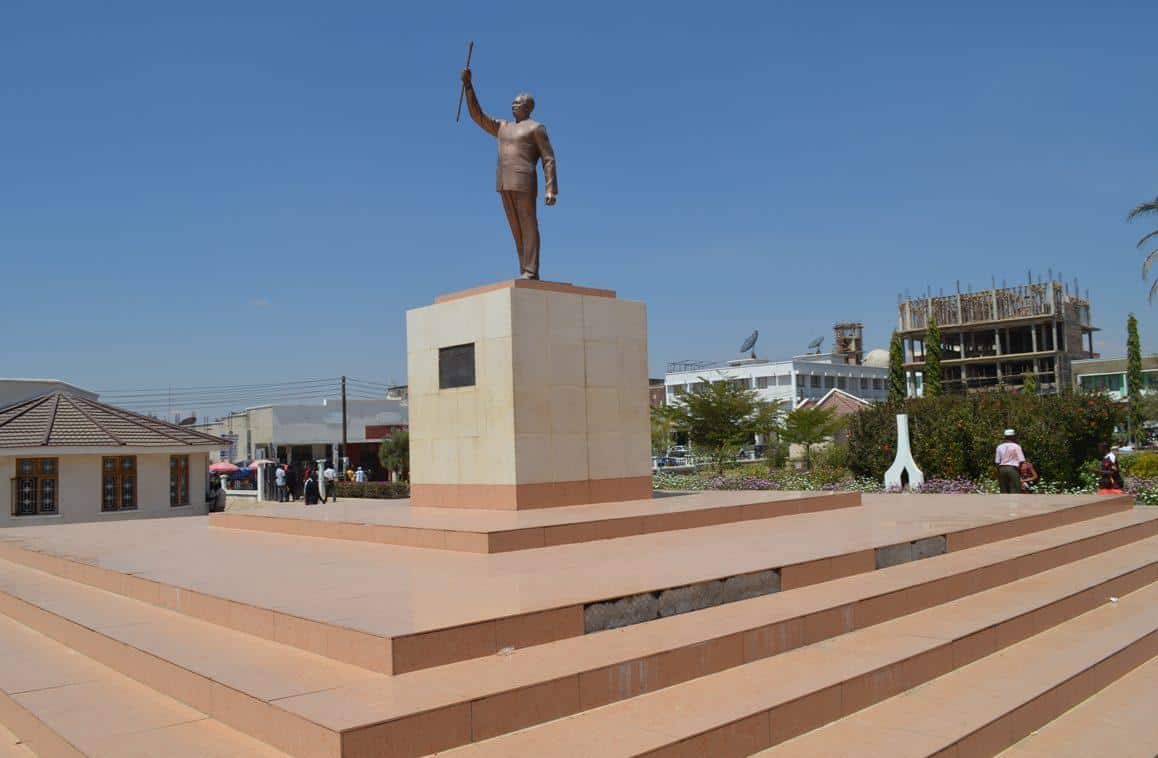 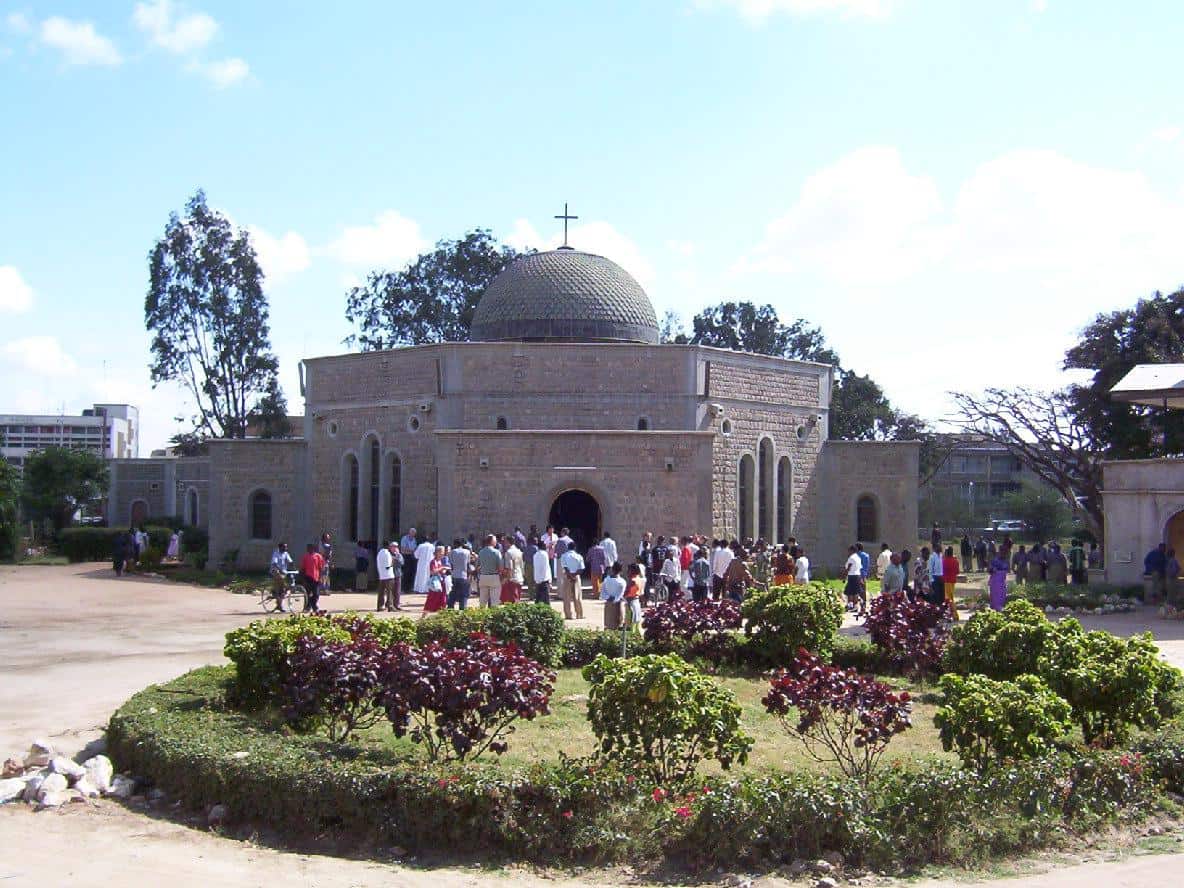 6 Things to see and do in Dodoma, Tanzania
GuidesUnusual placesAfrica & Middle East View all 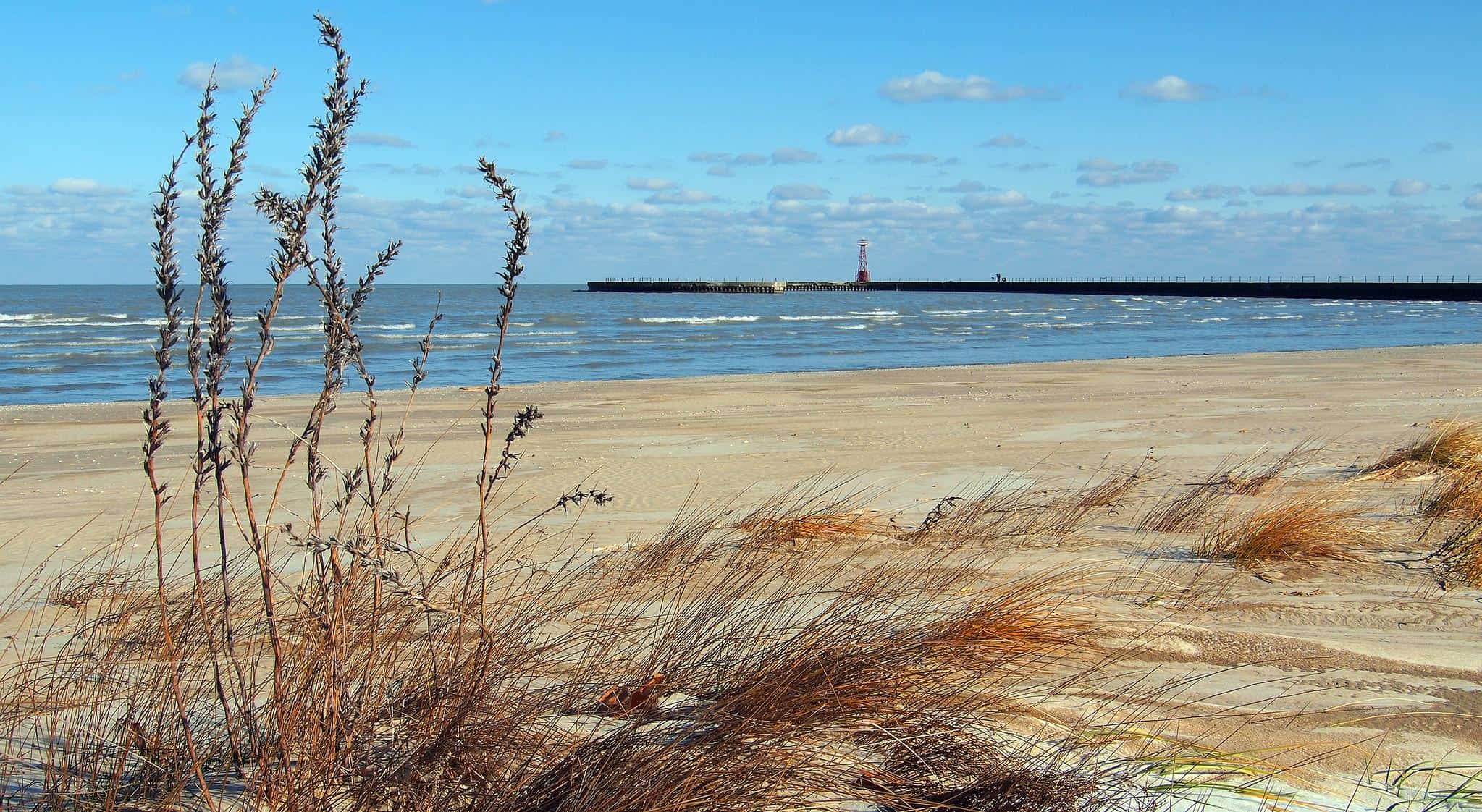 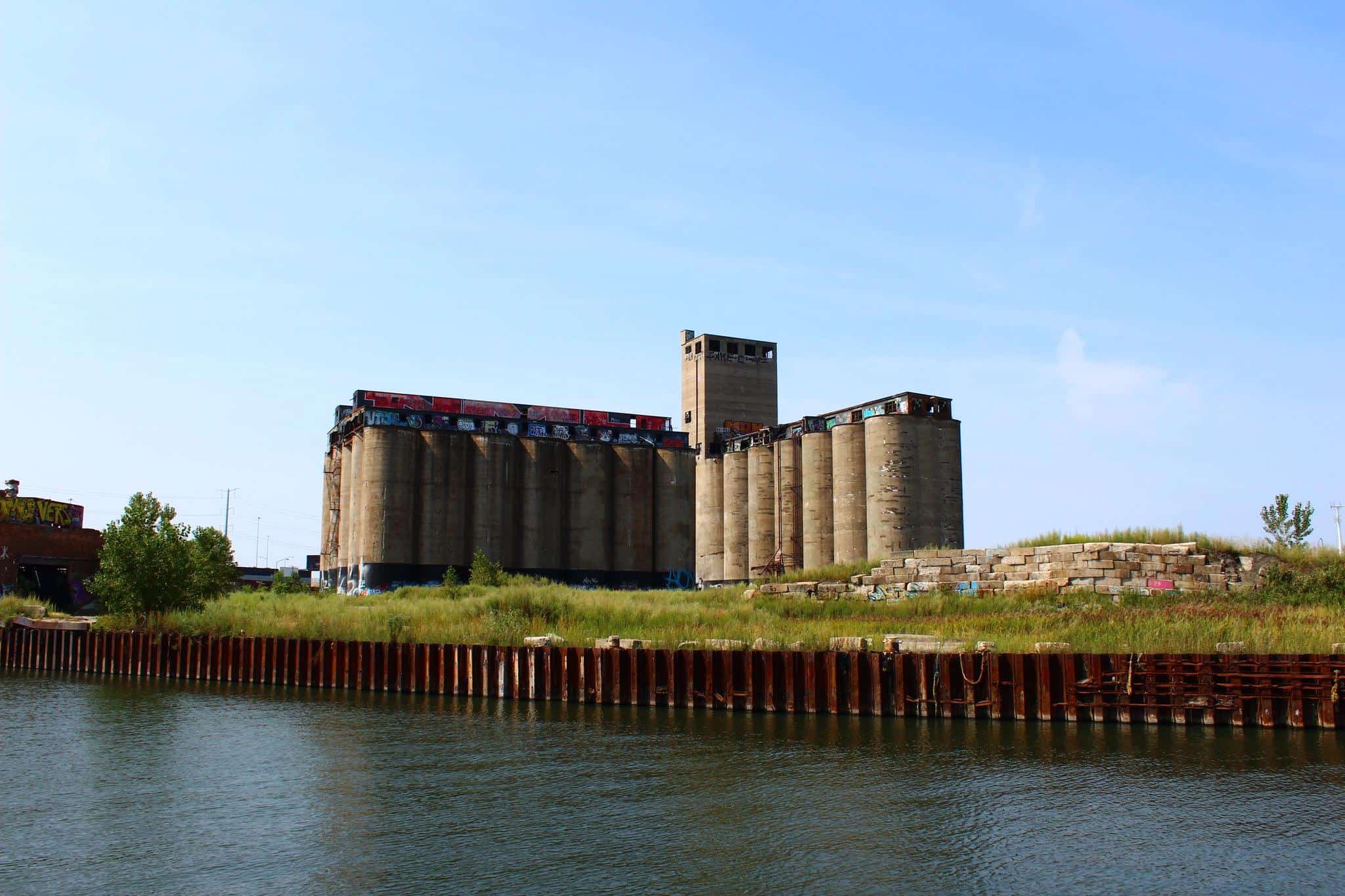 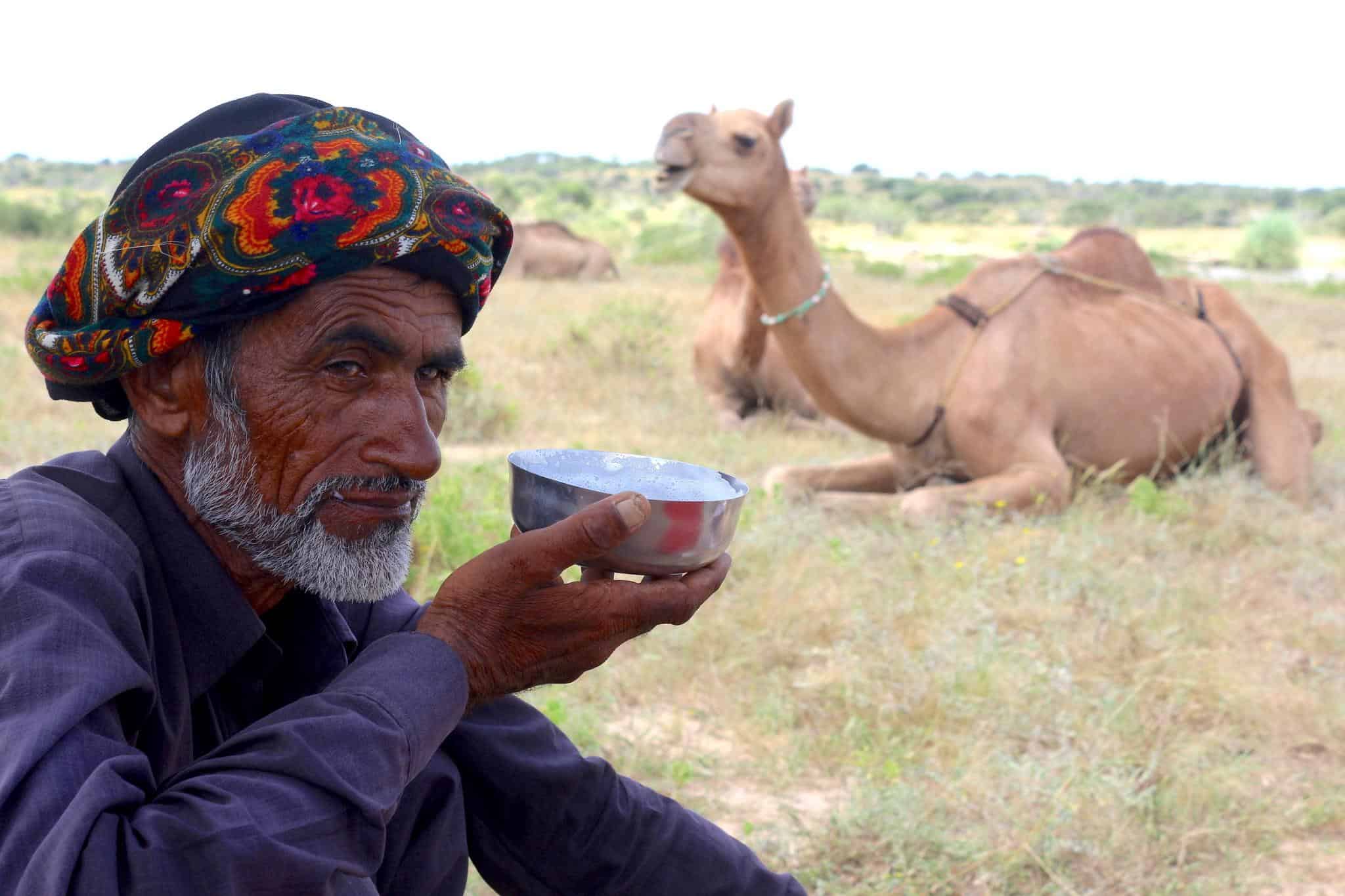 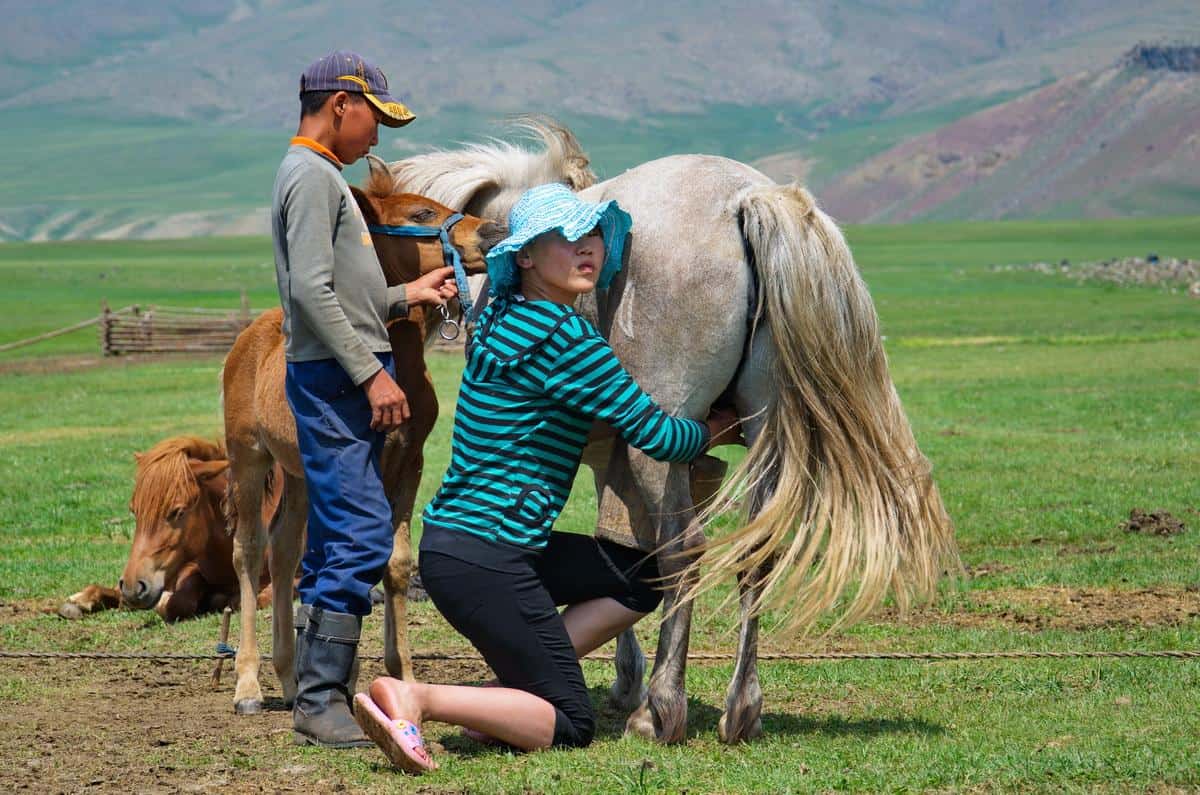 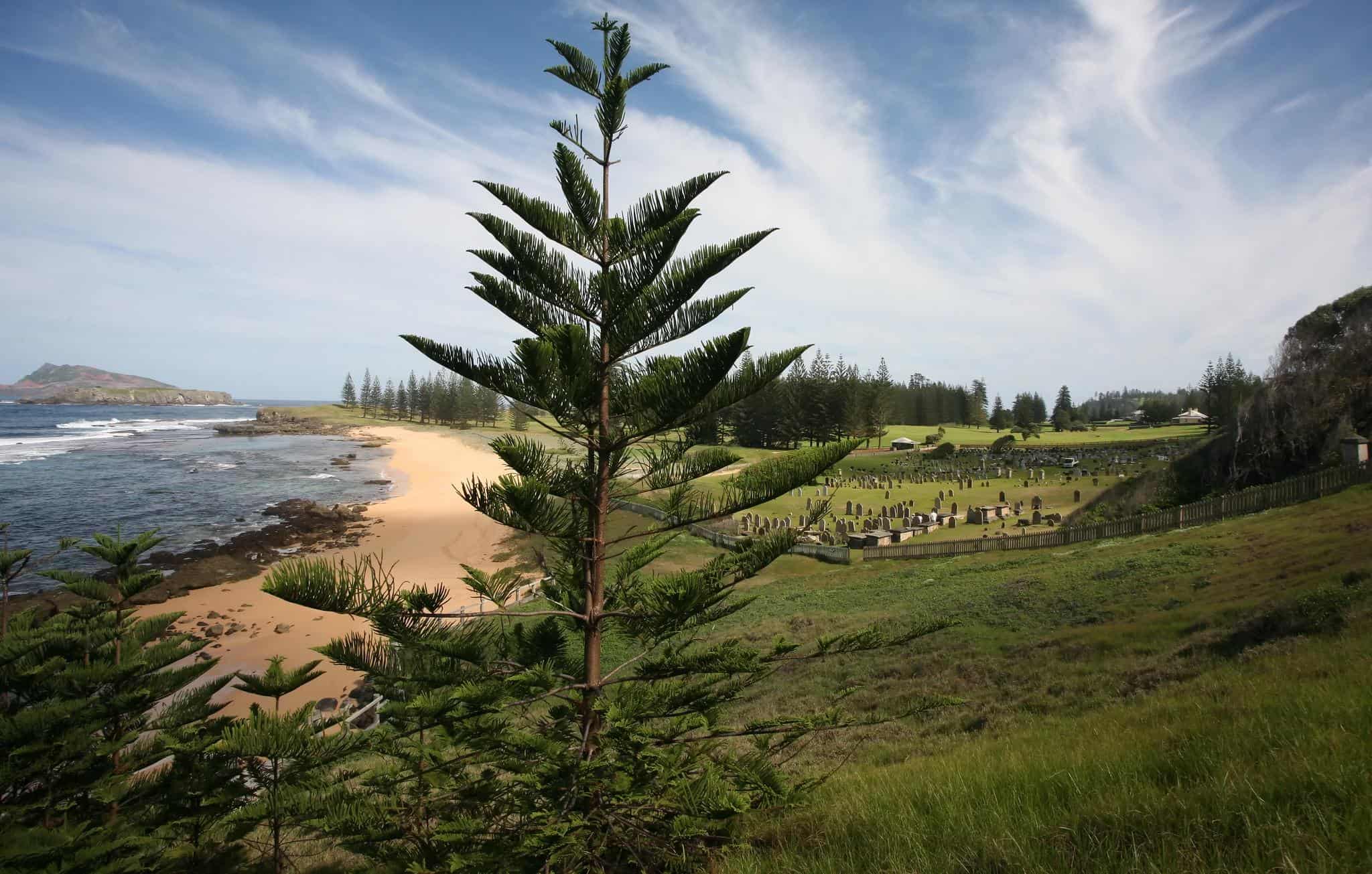 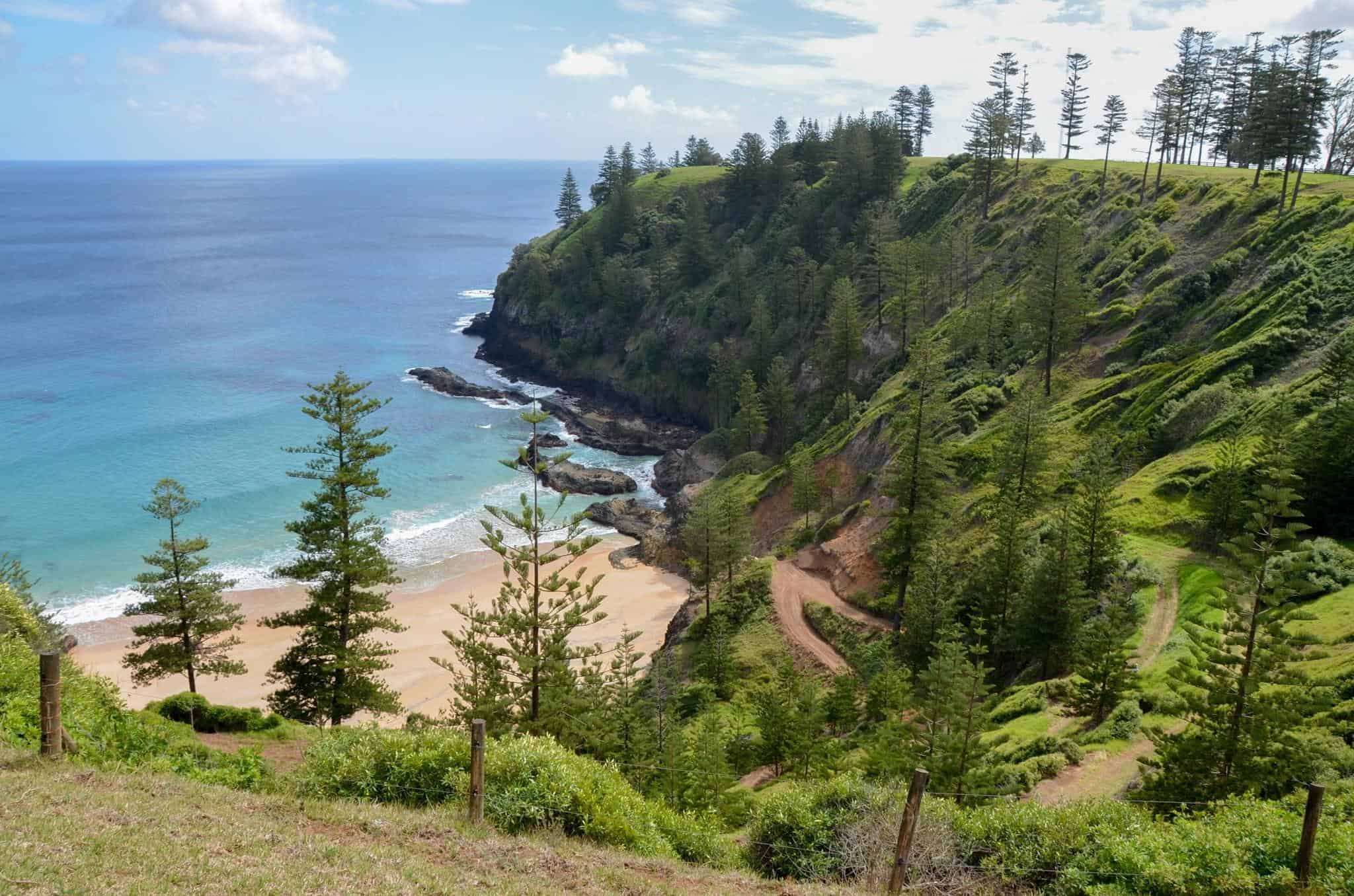 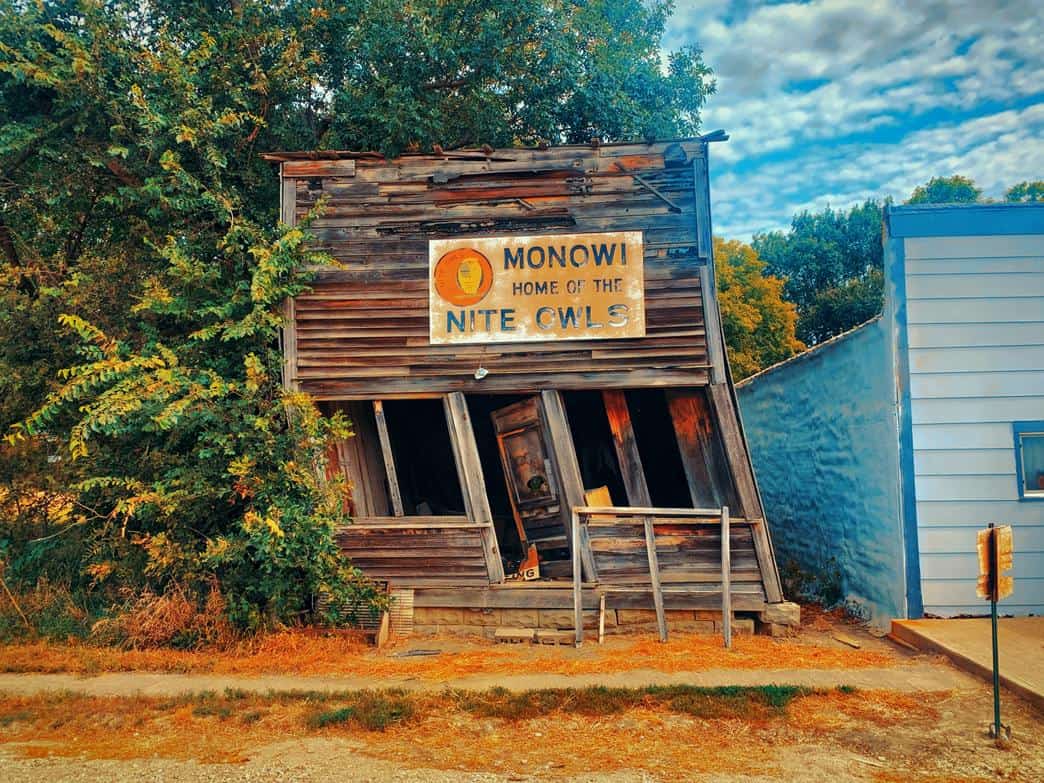 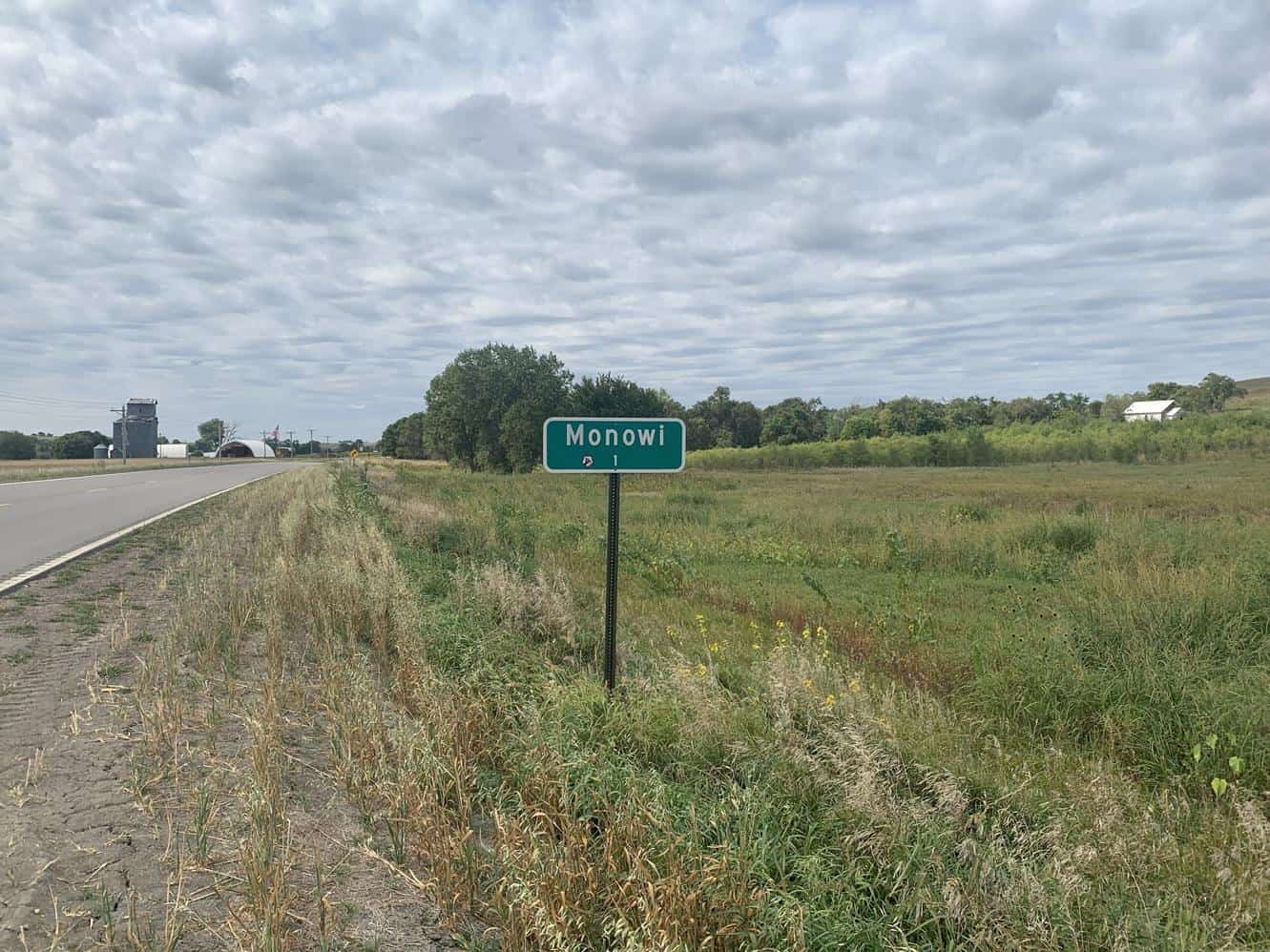 The Town with a Population of One
PhotographyUnusual placesNebraska View all 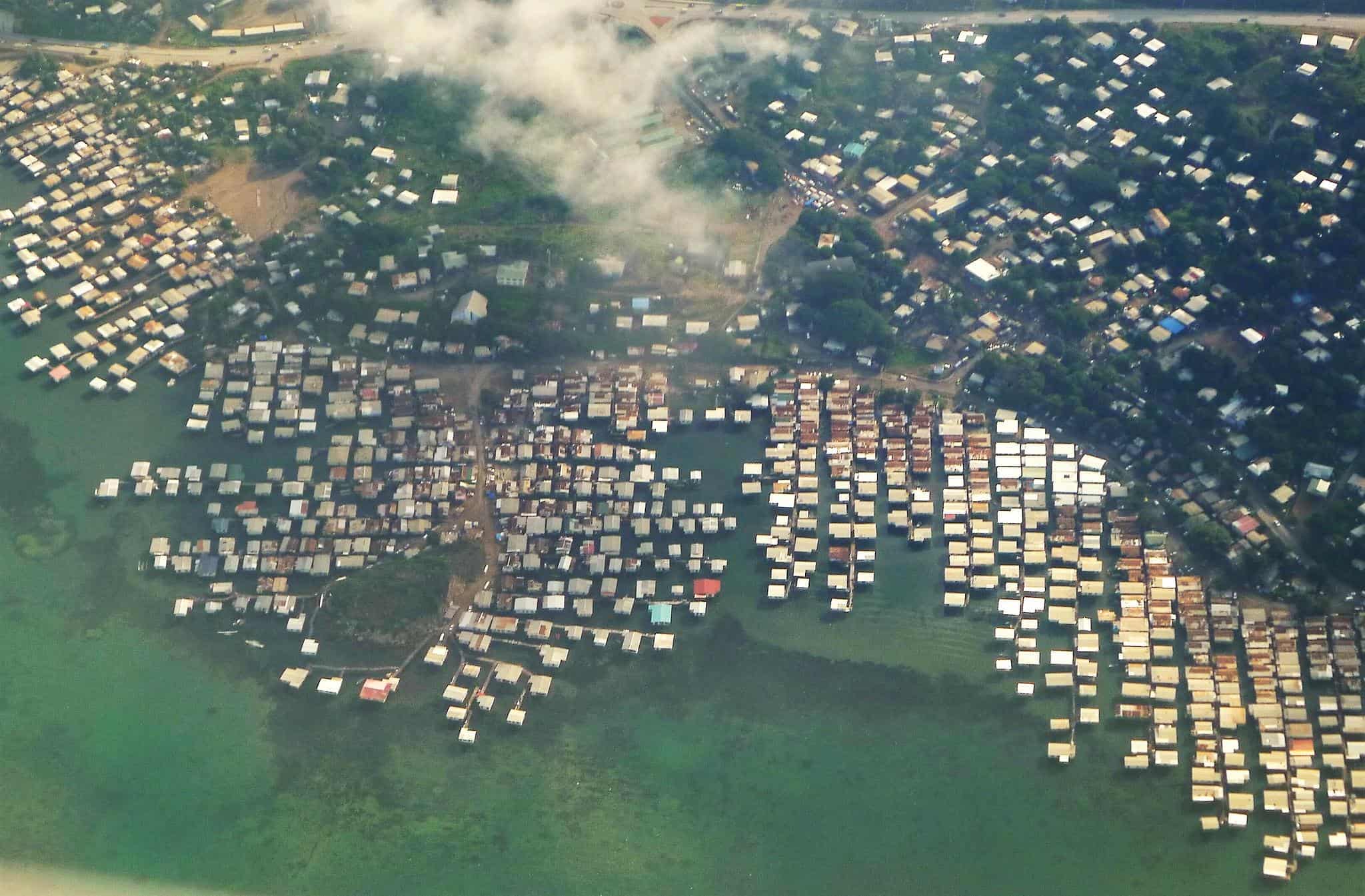 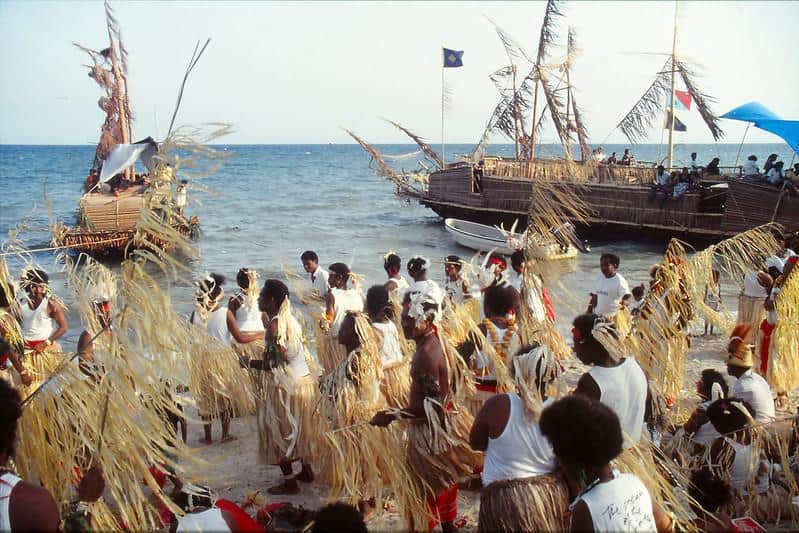